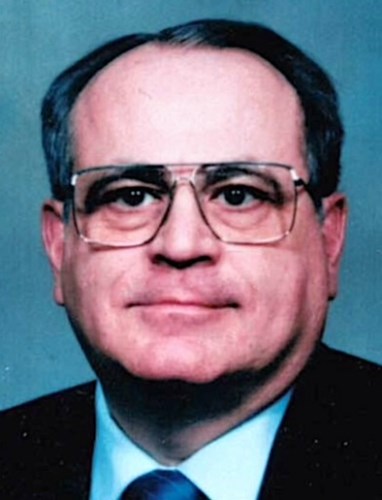 William Edward "Bill" Pogatshnik, 82, died peacefully of natural causes at his home in St. Anthony, Minnesota, surrounded and supported by his three adult children on Feb. 23, 2021. Bill was born Nov. 7, 1938, in Lakota to Peter and Elizabeth (Schuh) Pogatshnik. The youngest of five siblings, he attended Lakota area schools (including several years in a single-room schoolhouse with his sister, Helen, for a teacher). He obtained his undergraduate degree from NDSU. He began his adult working life teaching at Napoleon and Towner high schools in North Dakota. He was particularly active in Future Farmers of America. Bill later entered the insurance business, working as an agent and claims adjuster in all parts of North Dakota for forty-five years. Bill grew up farming and was able to use that experience to reassure his clients that he would be their advocate, not just another city kid from the home office. In today's currency, he might've shown them a Tik Tok of his '71 lemon yellow El Camino, loaded with hay bales. He was active in the North Dakota Professional Insurance Agents, serving on the board of directors and as president.

He was married to Carol Bidon 1967-82. He married Jan McIlroy in 1984; she died in 1990. A few years later, Bill rekindled an old relationship with Gerry Anderson. Until her death in 2017, they traveled the United States, hitting every antique shop and flea market they could, listening to country music or the Three Tenors, and generally marveling at what the roads of America offered. They often visited local casinos. While Gerry played slots, Bill would sit in the car napping, reading or sneaking nips from the mobile minibar he kept stashed beneath Patsy Cline CDs and a well-worn road atlas.

Bill was an enabler of chaotic good. He and Gerry delighted in showing up at weddings, graduations or family events to which they had surreptitiously declined invitations, saying, "Oh, we were just in the neighborhood." Ever the farmer and teacher, Bill would track their mileage and journal their adventures, noting particularly grand vistas, unpleasant hotel clerks or hard to find liquor stores. Although Bill and Ger were photographed together at multiple events by a variety of photographers across decades, it was essentially impossible to capture a bad photo of the two scoundrels.

He is survived by Jan's three daughters Julie, Shelly and Brenda; by Gerry's daughters, Deb Doebler, Cindy Duenow, Deanna Anderson, and their wonderful spouses and children.

In all, Bill was a father, father-in-law, father-figure/cool uncle/nice laughing man to four families over fifty years. Bill was calm, wise and inclined to joy and playfulness. By all accounts, he was an oracle of sorts to whom family, friends, coworkers and the tangentially acquainted would turn when they needed clear, honest and confidential counsel. Bill would never offer judgement, but if he thought he could help you with knowledge he had gained from his own struggles, you might find yourself opening a pages-long letter from him, answering questions you hadn't yet thought to ask.

Bill was a farm boy at heart. He had a calming influence on most humans and all animals. He was also known to be an instigator of long-running jokes, witty retorts and friendly teasing. One of Bill's favorite things to do was gather with family and reminisce, retelling stories and creating new, unique ways to describe the world around him and the people in it. After his death, Bill's children discovered no fewer than nine handwritten recipes for his legendary potato soup, along with stashes of cheese, beef jerky and summer sausage. Curiously, no pickles were found on the premises. This is not typical for a Pogatshnik, and is rather mysterious. Unlike the missing pickles, Bill was the person who was always there: the dad, the cousin, the uncle, the grandfather, the friend.

If you were lucky enough to meet Bill or talk to him on the phone more than once, you knew that beneath the "no nonsense" demeanor, he had a twinkle in his eye and a witty joke on the tip of his tongue. In his last days, his family heard a similar refrain from the oldest of his friends to the hospice staff who knew him briefly in his final hours: everyone he ever met looked forward to their next chance to laugh with Bill.

Bill's celebration of life memorial will be held at a later date. In lieu of flowers, please send any cards, notes, or explanations regarding the pickle mystery to: Sunset Funeral Home, c/o William Pogatshnik, 2250 St. Anthony Blvd NE, Minneapolis, MN 55418.

To plant trees in memory, please visit our Sympathy Store.
Published by The Bismarck Tribune on Mar. 3, 2021.
MEMORIAL EVENTS
No memorial events are currently scheduled.
To offer your sympathy during this difficult time, you can now have memorial trees planted in a National Forest in memory of your loved one.
Funeral services provided by:
Sunset Funeral Home and Cemetery
GUEST BOOK
Sponsored by Sunset Funeral Home and Cemetery.
3 Entries
I'm very sorry to hear of the death of Mr. Pogatshnik. He really seem like a very nice man who will be missed by all who knew him. May the God of all comfort be with your family.
Jones family
March 19, 2021
To all of Bill's family and friends I want to add my condolences. I am proud to say we were friends from high school, Bill was one year ahead of me, and after graduation right up to the last month or so stayed in touch. I always looked forward to our next visit and to share a laugh or two. Memories, there are many. One that always jumps out takes me back to 1963-64. We both lived in Minot, ND and we put a bowling team together and bowled in a city league. We were perfectly horrible, bad beyond belief. For some reason we entered the all-city tournament that runs for several weeks there are so many teams. On that fateful Saturday morning Bill and the other four of us bowled like we actually knew how to bowl. When the round was over we were in first place. At the end of the second week, first place, third week, first place, when it was finally over, miracles do happen, first place, we were the Minot and air base champions. Impossible but true. We all met at Bill's apartment and celebrated and talked smart. I still have that trophy on display and think of Bill every time I look at it and now more than ever. Rest in peace dear friend, I miss you.
Dale Alwin
March 3, 2021
Sorry for your loss, Prayers for You & Yours. I knew Bill off & on over the years, worked a few Claims through the years. I believe we were with GAB at the same time. Great Guy to know, RIP Bill Don
Don Fuerstenberg
March 3, 2021