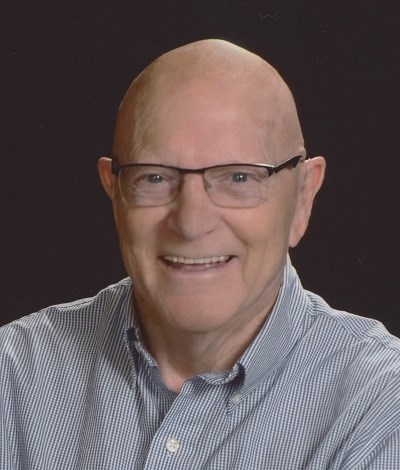 Carl DeVon Rodlund, of West Fargo, passed away Saturday, Jan. 23, 2021 at Sanford Medical Center in the presence of his beloved family. He was born in Lisbon to Carl and Olga Rodlund on April 10, 1937.

Carl graduated from Lisbon High School in 1955 where he was a star athlete, lettering in three sports, and president of his class for three years. His proudest athletic accomplishment was fouling out in a basketball game in under two minutes. His letterman's sweater is part of a permanent display at the North Dakota Heritage Center. Carl graduated from UND with bachelor's and master's degrees in guidance and counseling. He worked as a school counselor in various N.D. schools and then entered into mental health administration. He retired in 1999 as the North Dakota Assistant Director of Mental Health. He always maintained his favorite job was retirement.

Carl was active in the Bismarck Mandan Elks Club, becoming an Exalted Ruler and State President. He was named a Fellow of the American Association of Mental Deficiency and was awarded a Lifetime Achievement Award from the North Dakota Association of Mental Retardation (now called The Arc of North Dakota). His favorite activities were visiting with friends and family, reading, golf, and playing cribbage (he never had a 29 point hand). Carl also complained frequently that the Minnesota Vikings were not playing up to their potential. People considered him a consummate host, always ready to make a cocktail from his liquor cabinet at home or his "medicine chest" when away. Carl told many stories, sometimes even true ones. His youngest daughter, niece, and nephew loved his made-up Scandinavian stories starring "Karlavich," "Beckyvich," and "Ericski."

He was preceded in death by his parents and half-siblings, Esther Rivenes, Norma Christianson, Marvin Swanson, and Mike Swanson; and brother-in-law, Charles "Chuck" Thomason.

A private funeral for Carl will be held 2 p.m. Wednesday, Jan. 27, and will be livestreamed on the funeral home website. He will be interred at the Oakwood Cemetery, Lisbon.

In lieu of flowers, donations can be made to the Bismarck Mandan Elks Charitable Trust or a charity of your choice.

Condolences and memories may be shared at www.hansonrunsvold.com.

To plant trees in memory, please visit our Sympathy Store.
Published by The Bismarck Tribune on Jan. 26, 2021.
MEMORIAL EVENTS
Jan
27
Funeral
2:00p.m.
livestreamed on the funeral home website
Funeral services provided by:
Hanson-Runsvold Funeral Home
GUEST BOOK
6 Entries
So sorry for your loss! Always enjoyed visiting with Carl! Very nice family! Great memories!
Brad Ensrude
February 19, 2021
Carl and Brian shared a lot of good times at the Mandan Elks and interesting times when their work overlapped. Our thoughts have been with you.
Brian and Paula Grosinger
January 28, 2021
So sorry to hear about Carl`s passing. We shared a lot of memories in Elkdome.
Cary & Connie Backstrand
January 27, 2021
John and I are so sorry to learn of Carl´s death. He was one of the nicest people I have ever known. He accomplished so much in his life and so positively effected the lives of others. Love to you, Norma, and the rest of the family!
Mary Carman
January 26, 2021
What a great friend. Had a lot of good times together. Take care Norma.
Don and Jackie Engbrecht
January 26, 2021
Darla and I offer our condolences the Rodlund family. I knew and worked with Carl, though the Bismarck Elks he was a good person he will be missed GOD BLESS
James Hauer
January 26, 2021