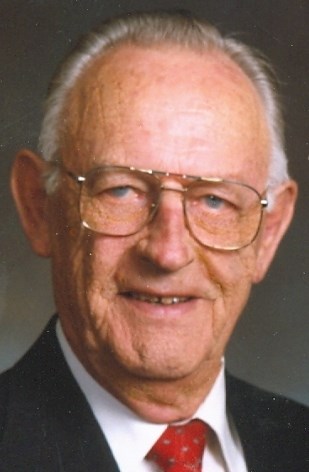 LAKOTA - Daniel M. Aaker, 86,Lakota, passed away May 14, 2011, at the Lakota Good Samaritan Center in Lakota. Services will be held at 2 p.m. Wednesday, May 18, at the Lakota Lutheran Church. Interment will be at the Lakota Cemetery.

Visitation will be held from 1 to 7 p.m. with a prayer service at 7 p.m. Tuesday at Aaker Funeral Home, Lakota.   Visitation will continue at the church on Wednesday from 1 p.m. until the time of service.

Daniel Merton Phillip Aaker was born Dec. 12, 1924, at the farm home near Hatton, the son of Carl E. and Eina (Johnson) Aaker. He was raised in the Hatton area and attended the rural schools. He moved with his family to Arvilla, in 1936. He graduated from Larimore High School in 1942. He served in the U.S. Navy during World War II, serving in the South Pacific. After his discharge he worked at Larimore, for Bradshaw Gravel and the North Dakota State Highway Department. He attended the University of North Dakota.

Dan married Betty Jane Rustebakke at McCanna, on Sept. 3, 1950. He graduated from the University of Minnesota in 1951 with a degree in Mortuary Science. He worked for Hanson-Anderson Funeral Home in Grand Forks, and the Thomas Funeral Home in Minot. He worked for the Great Northern Railway from 1953 to 1958, in the engineering department. The couple moved to Lakota in 1959 and operated the Aaker Funeral Home until retiring in 1982. They spent 26 winters in Mesa, Ariz., until 2007. He was active in his community affairs.

He was preceded in death by his parents; three brothers, Eric, Carl Jr. and Robert; and three sisters, Marian Pagel, Bernice Haller and Ruth Aaker.

Published by The Bismarck Tribune on May 16, 2011.
To plant trees in memory, please visit the Sympathy Store.
MEMORIAL EVENTS
To offer your sympathy during this difficult time, you can now have memorial trees planted in a National Forest in memory of your loved one.
Funeral services provided by:
Aaker Funeral Home
MAKE A DONATION
MEMORIES & CONDOLENCES
0 Entries
Be the first to post a memory or condolences.