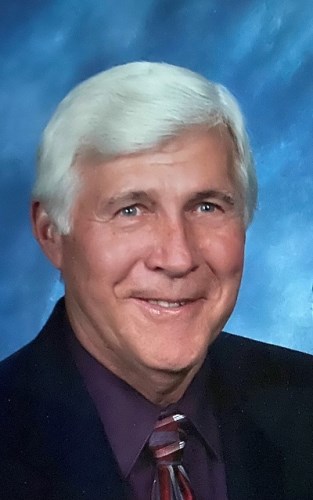 Daniel Kiefer, 84, passed away Feb. 27, 2021 in Fargo surrounded by his family. Mass of Christian burial will be held 9 a.m. Thursday, March 4 at Church of Corpus Christi, 1919 N 2nd St, Bismarck. A service livestream will be available at the time of the service. For more information on livestreaming, go to the funeral home's website, listed below.

Visitation will be held 5 to 7 p.m. Wednesday at Eastgate Funeral Service, 2302 E Divide Ave, Bismarck. A rosary/vigil service will begin at 7 p.m.

Burial will be held 11 a.m. Thursday at the North Dakota Veterans Cemetery, Mandan.

Daniel was born Aug. 13, 1936 to Frank and Eugenia (Fischer) Kiefer in rural Hague. He worked on the farm until he enlisted in the Army from 1955-57 and was stationed at Ft. Benning, Georgia. He was a rifle expert and a pistol sharpshooter. He married Florence, the love of his life, at St. John's Catholic Church in Zeeland on Oct. 21, 1957. They settled in Bismarck where they raised their six children. Dan worked at Hedahls Automotive for 42 years and retired in 1999.

A devout Catholic, he and Florence were members of Corpus Christi Church where they volunteered many hours. He was a member of the Fraternal Order of the Eagles and an honorary lifetime member of the Knights of Columbus. Dan and Florence loved to travel. They went to Italy, Mexico, Bermuda, Hawaii, all over the U.S. and on several cruises. Dan was a kind and patient husband and father. He loved playing pinochle, golfing, bowling, horseshoes, gardening and watching sports, especially the Twins and the Indianapolis Colts. He also enjoyed dancing a good polka with Florence. His children share many fond memories of weekend camping and fishing trips with friends and family.

In the early 1980s he bought the Kiefer family homestead farm outside of Strasburg. This is where he spent many weekends and some vacation time with his dad and children farming wheat and shooting gophers. He would tell stories about when he was young setting a trap line along Beaver Creek and trapping mink and muskrat to sell.

Daniel loved to play guitar. He found his first guitar on a junk pile and repaired it with a shingle and soon after ordered a book to learn how to play. As Dan would tell the story, he played so long some nights after his chores, his fingers would bleed. Dan could play many instruments by ear, including a harmonica, piano and accordion. He had an extraordinary talent, Yodeling! If you attended a wedding, anniversary, or celebration with Dan, you were treated to his amazing yodeling.

He was preceded in death by his wife, Florence (Weigel) Kiefer; parents, Frank and Eugenia Kiefer; and brother, Charlie Kiefer.

Faith and family were always first. He was a loving husband, father, grandfather and great-grandfather.

In lieu of flowers, memorials may be given to Hospice of The Red River Valley.