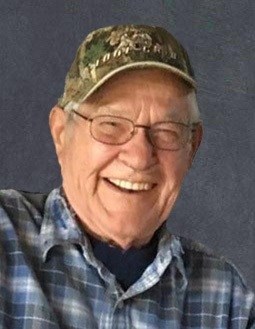 Richard (Dick) Fischer was born Aug. 31, 1938 on the family homestead in Hazelton and passed away April 5, 2021 at Miller Pointe in Mandan.

Dick was one of 11 children. When he was young the family moved to Bismarck. He attended St. Mary's Central High School and was a member of the first graduating class in 1956. After graduation, Dick enlisted in the U.S. Navy. He served three years in various ports across the globe. After his service in the Navy, Dick returned to Bismarck. He met and married Delores Wilma Germain on Oct. 14, 1961. Dick went to work for Skeel's Electric in 1962 and was a member of the IBEW 714 for over 40 years.

Over the years, Dick and Delores enjoyed spending time with family and friends. He especially liked his time spent with his brothers fishing in Canada. After his retirement Dick enjoyed gardening, restoring tractors, and spending time down at the river near Hazelton. There were several memorable trips with his family through the years.

Dick was always about family. He loved his wife, children, and grandchildren dearly. He was quick with a joke and could fix anything (only because he saved everything).

Dick was preceded in death by his parents, Wendelin and Margaret; brothers, Eddie, Clarence, Adrian, and Mel; and sister, Irene Kub.

Mass of Christian burial will be held 11 a.m. Thursday, April 8, at the Church of St. Anne's, Bismarck, with Father Wayne Sattler as celebrant. Burial to follow at the North Dakota Veterans Cemetery, Mandan.

Visitation will be held from 5 to 7 p.m. Wednesday at Bismarck Funeral Home where a rosary/vigil will begin at 7 p.m.