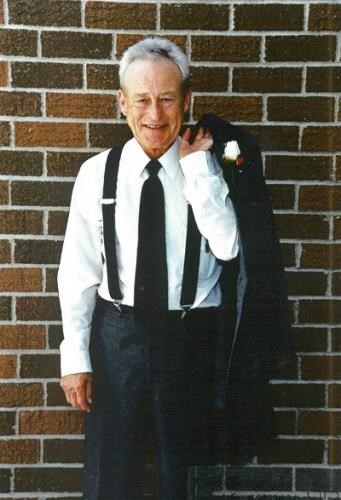 Robert Edward Schonberger, 86, formerly of Winnipeg, Manitoba and Ray, passed away May 5, 2021, at St. Alexius Hospital in Bismarck.

Robert was born in Devils Lake to Robert and Dorothy (Young) Schonberger and grew up in Devils Lake and Ellendale. Robert served in the U.S. Navy as a radioman for four years. Robert attended Ellendale College and the University of North Dakota in Grand Forks graduating with a bachelor's in music and a minor in history. Robert went on to complete his master's in music at Northern State College in Aberdeen, South Dakota. Robert married his wife Violet 53 1/2 years ago. Robert and Violet raised a blended family together with Robert bringing three sons to the marriage, and Violet one son. Robert and Violet went on to have two more sons during their marriage.

Mr. S had a deep passion for music and taught all grades in music, band, and choir for 47 years in various cities in Montana, South Dakota, North Dakota, Minnesota, and Manitoba, Canada. Mr. S especially loved performing with his marching band in parades and sporting events. As they moved to different areas, he was always deeply involved directing their church choir and band.

Robert greatly loved golfing, dancing, and concerts. Starting in 2006 Robert and Violet enjoyed going to their Florida home during the winter months. Music and family was his life.

Robert will be deeply missed by his loving wife Violet; and their six sons Robert, of Alaska, Keith, of Arizona, John, of Virginia, Randy (Emily), of Minnesota, Drew, of Bismarck and Mark (Johanna) of Mandan; Robert will also be greatly missed by his grandchildren Jeremy, Benjamin, Sage, Dakota, Bobbi, Nicholas, Lincoln, William, Heath, Randy J, Matthew, Stephanie, Lorelai, and Violet M; two brothers, Richard (Nancy) of Washington, and Father Micah, of Colorado; and by his in-laws Richard, Earnest, Mary, Koleen, Jeff; and many nieces, and nephews.

Robert was preceded in death by his parents Robert and Dorothy (Young) Schonberger; his mother and father-in-law Maisie and Raymond Larson; and brother-in-law Wally.

The recording of the service will be posted to the Bismarck Funeral Home website where you can also sign the online guestbook and share memories with his family at www.bismarckfuneralhome.com.

To plant trees in memory, please visit our Sympathy Store.
Published by The Bismarck Tribune on May 8, 2021.
MEMORIAL EVENTS
May
11
Visitation
1:30p.m. - 2:30p.m.
Bismarck Funeral Home & Crematory
3723 Lockport St, Bismarck, ND 58503
May
11
Memorial service
2:30p.m.
Bismarck Funeral Home & Crematory
3723 Lockport St, Bismarck, ND 58503
Funeral services provided by:
Bismarck Funeral Home & Crematory
MEMORIES & CONDOLENCES
Sponsored by Bismarck Funeral Home & Crematory.
3 Entries
Our deepest condolences on Bob´s passing. Our family remembers him fondly and always with a smile. He will always be remembered by our family as a fantastic instructor, a fabulous and enthusiastic dancer and a kind soul. We are thankful for having the opportunity of knowing him and learning from his experience. Sympathies and wishes of peace for your family.
Vern Ryan family
May 12, 2021
So sorry to hear of Bob´s passing! Loved seeing you folks and the memories of playing darts!!
Seversons
May 12, 2021
Hi Vi and family. So sorry to here about Bob. He taught Denise and I music at Ray High School and also taught our kids Doug,Roxanne,and Tyler. Our kids also received the John Phillips Sousa award under Bob´s direction. I also worked at the school in Ray for many years with Bob. Very good man.
Tom and Denise Weyrauch
May 10, 2021