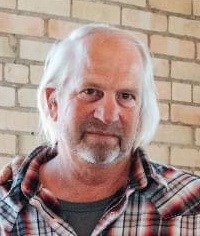 Torrey Lee Briese, 61, of Tappen, passed away at his home on March 6, 2021. Torrey was born Sept. 25, 1959 in Jamestown to Thomas and Myhra 'Gerry' (Howes) Briese. He attended school in Tappen and graduated in 1977. Throughout his years in school, Torrey was actively involved in several activities, including baseball, FFA, and 4-H. He was a gifted pitcher, throwing several shut outs over the course of his Babe Ruth years.

Torrey was also a champion cattle showman, travelling around North Dakota with his parents and sister, Karla to show the Briese family's registered Herefords. Throughout his life, he was an avid sportsman, trapping and hunting with friends and family.

Torrey married Myra Mayhew on June 12, 1981 at St. John's Lutheran Church in Tappen, and they made their home on the Briese farm five miles northeast of Tappen where Torrey had been farming with his parents. Torrey and Myra were blessed with five children -- Tessa in 1983, Trista in 1985, Evan in 1990, Tia in 1995, and Marshel in 2003.

Over the years, Torrey milked cows, raised pigs and beef cattle, and grew small grains. In addition to a lifetime of farming and livestock, Torrey also worked jobs off the farm as a mental health technician at the North Dakota State Hospital, blade operator for Kidder County, and field truck driver for VanRay Farms. He also served on the Tappen School Board for several years.

Torrey was widely known as a skilled gunsmith with expertise in manufacturing custom bullets and ammunition. His knowledge of firearms and ballistics was extensive, and he was always working on a new project or creation. During the course of the early to mid-'90s, Torrey owned and operated his own ammunition company, making custom bullets and ammunition loads for hunters, wholesale ammunition companies, and law enforcement agencies throughout the United States. His business led him to make many industry contacts throughout the country and, most importantly, led to many lifelong friendships.

Above all, Torrey was a dedicated father, grandfather, confidant, and friend. He called his loved ones and friends daily to check in, visit, and make sure everyone was okay. Those closest to Torrey will always remember him for his loving dedication to his family, his quick wit and endless knowledge, and willingness to help anyone and everyone.

He was preceded in death by his parents, Thomas and Myhra (Gerry) Briese, and brother, Galen Briese.

Visitation: One hour before each service at the church.

Arrangements are in the care of Eddy Funeral Home, Jamestown.