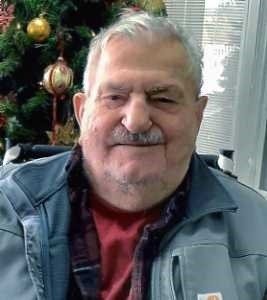 Walter Schnellbach was born April 14, 1933, a son of Joseph and Regina (Wagner) Schnellbach in Drake. He was raised on the family farm near Drake and attended rural schools. He obtained his GED later in life.

On April 3, 1953, Walter enlisted into the United States Army. He proudly served his country until his honorable discharge Nov. 14, 1954.

On Aug. 14, 1955, Walter was united in marriage to Darlene J. Kriedeman in Drake. They made their home in Minot, where together they raised their family.

Walter began working on the Soo line Railroad for 2.5 years before beginning a lifelong career in construction. He worked for Peter Kiewit Construction Company on the Minot Air Force Base and later became owner/operator of Concrete Construction Company in Minot and Bismarck, which he owned until retirement in 1987.

Walter enjoyed spending time with his wife, playing cards and bingo. He loved music, especially old time gospel, which he shared with his church, Southside church of the Nazarene, where he was a member.

Prior to his stroke he loved to play guitar and harmonica (usually at the same time).

Walter was preceded in death by his parents, brothers, Jacob and Edward, sister, Loretta Burkhard, and grandson Shawn Grabowska.

Visitation: Friday, one hour prior to the service at the church.

The funeral service will be videotaped and uploaded to the link found on Walter's obituary at www.thompsonlarson.com

In lieu of flowers family requests memorials to your local AmVets or VFW.