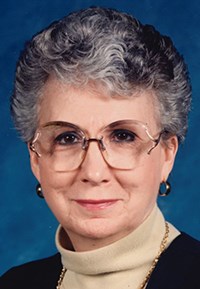 June graduated from Boonville High School in 1951, and attended Central Methodist College in Fayette, Mo. She lived in Boonville until 1967, then at Blackwater until 1979. She worked at Kemper Military School from 1985 to 1995, in the business office. She was a life-long member of the Nelson Memorial United Methodist Church, Boonville.

June was preceded in death by her mother and father.

June enjoyed life; she loved her family, friends, gardening, and flowers, but most of all she loved her Brittany Spaniel dog, Abbee, who also preceded her in death.

Memorials are suggested to the Nelson Memorial United Methodist Church, 407 Spring Street, Boonville, Mo. Online condolences may be left at: www.howardfh.com
Published by Boonville Daily News on Aug. 15, 2020.
To plant trees in memory, please visit the Sympathy Store.
MEMORIAL EVENTS
To offer your sympathy during this difficult time, you can now have memorial trees planted in a National Forest in memory of your loved one.
Funeral services provided by:
Howard Funeral Home
MAKE A DONATION
MEMORIES & CONDOLENCES
Sponsored by Howard Funeral Home.
0 Entries
Be the first to post a memory or condolences.