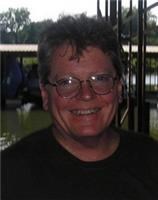 BORN
1957
DIED
2021
Carl Musgraves passed away October 3, 2021 at his home in Sherman, Texas surrounded by his children.

He had a very aggressive cancer that took him only 16 days after the diagnosis. Carl & Charlotte were married in their home in Borger on June 20, 1998 with all 6 of their children there to celebrate that union with them. Carl was born May 24, 1957 in Borger Texas. He grew up in Philview and graduated from Borger High School.

Carl's work career started at the Co-Poly Plant west of Borger until he moved to the refinery where he stayed for 29 years before he changed jobs and began working at Eagle Rock Energy/Energy Transfer Partners in Pampa.

He was admired and loved by all who ever worked with him. He never had a bad thing to say about anyone. He was a kind, compassionate man, and quiet spoken.

Carl's love for boats, water, and fishing moved them to Lake Texoma 11 years ago, where they had retired there permanently on June 8, 2021.

He is preceded in death by his parents, Ernie and Barbara Cathey Musgraves in 2009; brother, Steven Musgraves, uncles, John, Richard and Dave Cathey; and his son, Chad Musgraves in 2007.

A graveside service will be planned at a later date.
Published by Borger News Herald from Oct. 12 to Oct. 13, 2021.
To plant trees in memory, please visit the Sympathy Store.
MEMORIAL EVENTS
To offer your sympathy during this difficult time, you can now have memorial trees planted in a National Forest in memory of your loved one.
MAKE A DONATION
MEMORIES & CONDOLENCES
5 Entries
My sincere sympathy to you Charlotte, and your family ! May God comfort you and your loved ones during the loss of your loved one . Love Carla Anglin
Carla Anglin
Friend
October 21, 2021
Thinking of you and your family and praying for God´s peace and comfort.
Betsy and Keith Cappilla
Other
October 19, 2021
Our sympathy and prayers are with you and your family.
Candace & Rusty Hopkins
October 19, 2021
Oh how we loved when you first moved into the boat slip next to us. We instantly knew Carl was just the kindness of men. His smile was always waiting to greet you. He will be remembered always and so missed. We are so sorry for your great loss. We are so thankful he loved the Lord.
Mark and Bren Thompson
October 18, 2021

I love you more than life . If I could have saved you I would have moved Heaven and earth to do so. I miss you so much Sweetheart
Charlotte Musgraves
Other
October 18, 2021
Showing 1 - 5 of 5 results