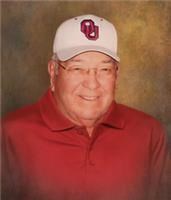 M. R. "Chief" Fagen died September 16 at the age of 91. Mr. Fagen made his home in the Borger and Phillips area for over 60 years and was a retiree of Phillips Petroleum Company. At the time of his death, Chief resided at the Ussery-Roan Texas State Veterans Home in Amarillo.

Chief was born in Kiefer, Oklahoma. He attended public schools and excelled in sports. Chief served in the US Army and was stationed in Germany during the Cold War. He was proud of his Native American heritage and was a member of the Shawnee nation. For many years, Chief refereed football and umpired baseball games across the panhandle. He pitched in the Fast-Pitch of Softball World Series, was a championship amateur golfer and an avid fan of his beloved Oklahoma Sooners. In 1971, Chief married Margie Smith of Phillips and they enjoyed many happy years together. He was a dedicated and beloved grandfather and great-grandfather.

Chief is survived by a niece, Jan Laney of Broken Arrow, OK; his sons, Donnie Smith and wife Karen of Amarillo, Doug Smith and wife Robin of Austin; 3 grandchildren- Jerrod Smith, Dustin Smith and Carey Moore; and 8 great grandchildren. He was pre-deceased by his wife Margie Fagen, grandson Carson Smith and 6 brothers.

A graveside service will be held on Saturday, September 25, at 11:30 am at Westlawn Cemetery in Borger with the Reverend Scott Willis presiding. Pallbearers are Mike Webb, Larry Joe and Christy Reed, Mike Rodriguez, Jimmie Head and Bill Leonard, Honorary Pallbearers are David and Bill Anderson.

The family requests that in lieu of flowers, donations be made to St Andrew Methodist Church in Borger or to the Shriners Children's Hospital - Galveston, Texas.
Published by Borger News Herald from Sep. 23 to Sep. 24, 2021.
To plant trees in memory, please visit the Sympathy Store.
MEMORIAL EVENTS
To offer your sympathy during this difficult time, you can now have memorial trees planted in a National Forest in memory of your loved one.
MAKE A DONATION
Please consider a donation as requested by the family.
MEMORIES & CONDOLENCES
1 Entry
My condolences for the loss of your loved one. May The God of all comfort, comfort your hearts and grant you peace, during this difficult time of mourning. 2 Thessalonians 2:17
em
Other
October 5, 2021
Showing 1 - 1 of 1 results