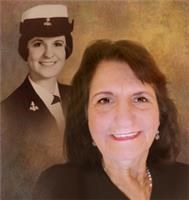 Mary was born January 14, 1947 in Chicago, Illinois to Bernice Glenn Felker and Mary Bridget Hennesey Felker. Mary proudly served in the United States Navy. She married Cecil Villa Lasley on May 20, 1967 in San Diego, California. She was a member of St. John Catholic Church where she served faithfully. Mary was a member of the Diocesan Council of Catholic Women (DCCW), altar society and the Red Hats Club. She enjoyed crocheting, reading short inspiration books and reading the Bible. Nothing brought more joy to her life than her grandkids.