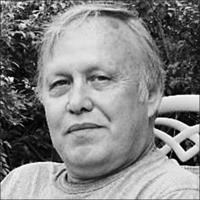 ABOUT
Milton High School
FUNERAL HOME
Dolan Funeral Homes and Cremation Services
1140 Washington Street
Dorchester, MA
LEWIS, Albert L. Jr. Age 70, of Quincy, formerly of Milton, passed away suddenly on September 14th. Al leaves three children, Marie Hanson and her husband John, and Sarah Lewis, both of Phelps, NY, and William Lewis of Randolph; four grandchildren, Emily, Lily, Scott and Carly Hanson. He leaves five siblings, Linda Santoro and her husband Louis of St. Petersburg, FL, Robert Lewis and his wife Joyce of Canton, Virginia Phillips and her husband John of Fryeburg, ME, Carole Lewis of Woodstock, GA, and Lisa Lewis of Jamaica Plain. He leaves nieces and nephews Julie Santoro of St. Petersburg, FL, Andrew Santoro of Walnut Creek, CA, John Lewis of Arlington and Kristen McCarron of Milton. He was predeceased by his parents Albert Lewis, Sr. and Frances Lewis. Al was the sole proprietor of Lewis & Son Plumbing & Heating, a business started in 1937 by his grandfather and continued by his father. Al graduated from Milton High School in 1969, then earned a BS in Business Administration from the University of Massachusetts Amherst in 1973. Shortly after graduation he began working toward his Master Plumber's license with the intention of operating the family business upon his father's retirement, a goal he achieved while still in his 20s. Plumbing suited Al well. He particularly enjoyed working on older houses, readily recalling installations completed by his father years before. He salvaged and retained an impressive inventory of vintage fixtures and fittings to have on hand as needed. Al had a remarkable memory for details, which served both him and his customers well. Al had several hobbies and interests. He enjoyed reading about history and popular culture of the 50s and 60s and sharing his knowledge with others. He was passionate about vintage American cars of the 50s and 60s and owned and restored several. Al was a long-time member of East Coast Cruisers car club. He was also a vendor for over 30 years at the Carlisle Collector Car Market in Pennsylvania where he sold hard-to-find car parts. Al had many loyal friends who shared his interests. Al had great pride in his children and grandchildren. He liked shopping at second hand stores with his daughter Sarah, and they bonded over a mutual love of the Three Stooges and Looney Tunes cartoons. He enjoyed playing pinball, eating popsicles, and hanging out with his grandkids and looked forward to spending more time with them in his retirement. Visiting Hours Saturday, September 25th at the Dolan Funeral Home, 1140 Washington Street, DORCHESTER LOWER MILLS, 2 - 5pm. In lieu of flowers, the family requests donations in Al's memory be made to Autism Alliance, www.autismalliance.org or the Epilepsy Foundation www.Epilepsy.com

Published by Boston Globe from Sep. 21 to Sep. 23, 2021.
To plant trees in memory, please visit the Sympathy Store.
MEMORIAL EVENTS
Sep
25
Visitation
2:00p.m. - 5:00p.m.
Dolan Funeral Homes and Cremation Services
1140 Washington Street, Dorchester, MA
Funeral services provided by:
Dolan Funeral Homes and Cremation Services
MAKE A DONATION
MEMORIES & CONDOLENCES
6 Entries
My wife, Elaine, and I bought our classic New England brick home in 1988. It was built in 1935 and remains largely unchanged from its original form in every way, including all of the plumbing and fixtures. I went to a supply house in Watertown back then, searching for something, and asked for a recommendation for a plumber who could work on an older house. They put me in touch with Al, and I have relied on him for 30+ years to keep things working and in their original condition. He was one of a kind, and we spent countless hours talking while he worked. I learned a tremendous amount from Al, and I think he enjoyed our relationship, as I did, and he truly cared about doing things right, and finding a way. I am so sad that he has passed, and hope that the extended family know that Elaine and I appreciated the man not just for his impressive talent and skill, but his always cheerful and pleasant manner.
Miles C. Russell
November 17, 2021
My heart goes out to Al´s family and children. I was shocked to hear of his sudden death. What a great man. I always enjoyed my many long conversations with him. I will miss seeing him driving around Milton in his van. He and his father were our plumbers growing up and then he was for my family and I. We remember Al (and his sweet tooth) fondly. We have heard many loving stories of his children and grandchildren. We lost and amazing , reliable plumber and conversationalist. With heartfelt sympathy, Jen Brennan Smith
Jennifer Brennan Smith
Other
October 15, 2021
So sorry for your loss. Al was a familiar, skilled and trusted plumber. Always a joy. My parents and family are forever grateful for his skill, his humor and his warmth.
KATHY GOODFELLOW
Family
October 5, 2021
To Al's family, you are all in my thoughts and prayers. Al was such a nice guy, I've known him since the 70s, and I have gotten a lot of car parts from him over the years, and he had a lot of things you couldn't find anywhere else. He had a ton of knowledge about a lot of different things. Al was a walking encyclopedia he could go on and on about anything you could talk about. His knowledge of cars was amazing he could tell you what would fit what, how many years they made it and why they stopped making it. We went to different car shows or swap meets over the years, and he will be deeply missed by many. He was always ready to lend a helping hand. God Bless you Al, Rest in Peace my friend
John Riley
Friend
September 24, 2021
To the Lewis family- I knew Al as I was a contractor and later as a home owner. His encyclopedic knowledge of old plumbing fixtures and installations was amazing! He served me well both while I was a contractor getting kitchens and bathrooms renovated for clients and when I called upon him to repair plumbing in my 1920's house. An honest and fair guy who was passionate about what he did. He will be missed!
Peter Jeffries
September 23, 2021
To Al's family; Al and I were classmates from seventh grade through high school. We were team mates in track as well. I remember Al as a serious fellow who none the less had a humorous sense. I remember his infatuation with pinball machines, as he had a full size one in his dorm room, which was next to mine for two years at UMASS Amherst. I remember him as an honest worker and person. I am sorry he passed, and I know he's already found a game room with easy parking for his treasured van in heaven. I hope you all take comfort in these memories in your grief
Robert L Hoy Jr
September 22, 2021
Showing 1 - 6 of 6 results