ALLAN CALLOW M.D., Ph.D.
CALLOW, Allan, M.D., Ph.D. Admiral, Physician, Surgeon, Teacher, and Researcher. Dr. Allan Callow died peacefully in his home in San Francisco on December 22, 2015 holding his wife's hand. He was 99 years old and is survived by his wife of 26 years, Dr. Una Ryan, along with his San Francisco family (Tamsin, Amy, Derek, Scully, Tabitha, Audrey and Henry). He is also survived by his son and daughters of a previous marriage (Susan, Dana, Beverly and their families). Dr. Callow served in World War 2 during the Pacific Campaign and made seven opposed landings. He became a Rear Admiral, Upper Half (USNR) and wrote a book "The Man on the Ground" about his experiences. He obtained his MD degree from the Harvard University School of Medicine and practiced as a vascular surgeon in Boston and St Louis. He shared a research laboratory with his wife, Una Ryan, who maintained her academic positons during an active career in the biotechnology industry. He also served on the Board of Trustees of Tufts University and completed his term as Chairman in 1986. Dr. Callow and Dr. Ryan moved to San Francisco in 2012 and established a home in the Presidio near the Golden Gate Bridge. He frequently recalled the significance of sailing under the bridge as he left for the war and now returning after a long and rewarding life. A memorial and celebration of his life will be held in the Presidio of San Francisco. Details will be available when arrangements have been finalized.

Published by Boston Globe from Dec. 28 to Dec. 30, 2015.
To plant trees in memory, please visit the Sympathy Store.
MEMORIAL EVENTS
Feb
21
Celebration of Life
2:00p.m.
Observation Post, Presidio of San Francisco
CA
MAKE A DONATION
MEMORIES & CONDOLENCES
12 Entries
Dear Una -
Today I decided to do an internet search on my friend Allan Callow, MD. Since I left T-Cell over 20 years ago, I was prepared for what I might find. I want you to know that I still share memories of my conversations with him, live in awe of his intellect and value the way he showed me to think through problems. His work ethic stories and research help me set expectations for the people I influence as an HR professional. I hope this message gets to you as you both are a part of the person I have become. - Barry Waite
July 12, 2019
Dear Una,

I learned yesterday from Kevin Killeen of Allan's passing. I am so sorry for you loss, but it did bring back such great memories of the affection he shared with you and so many others, including myself. I hope this note finds you well and continuing to enjoy life. 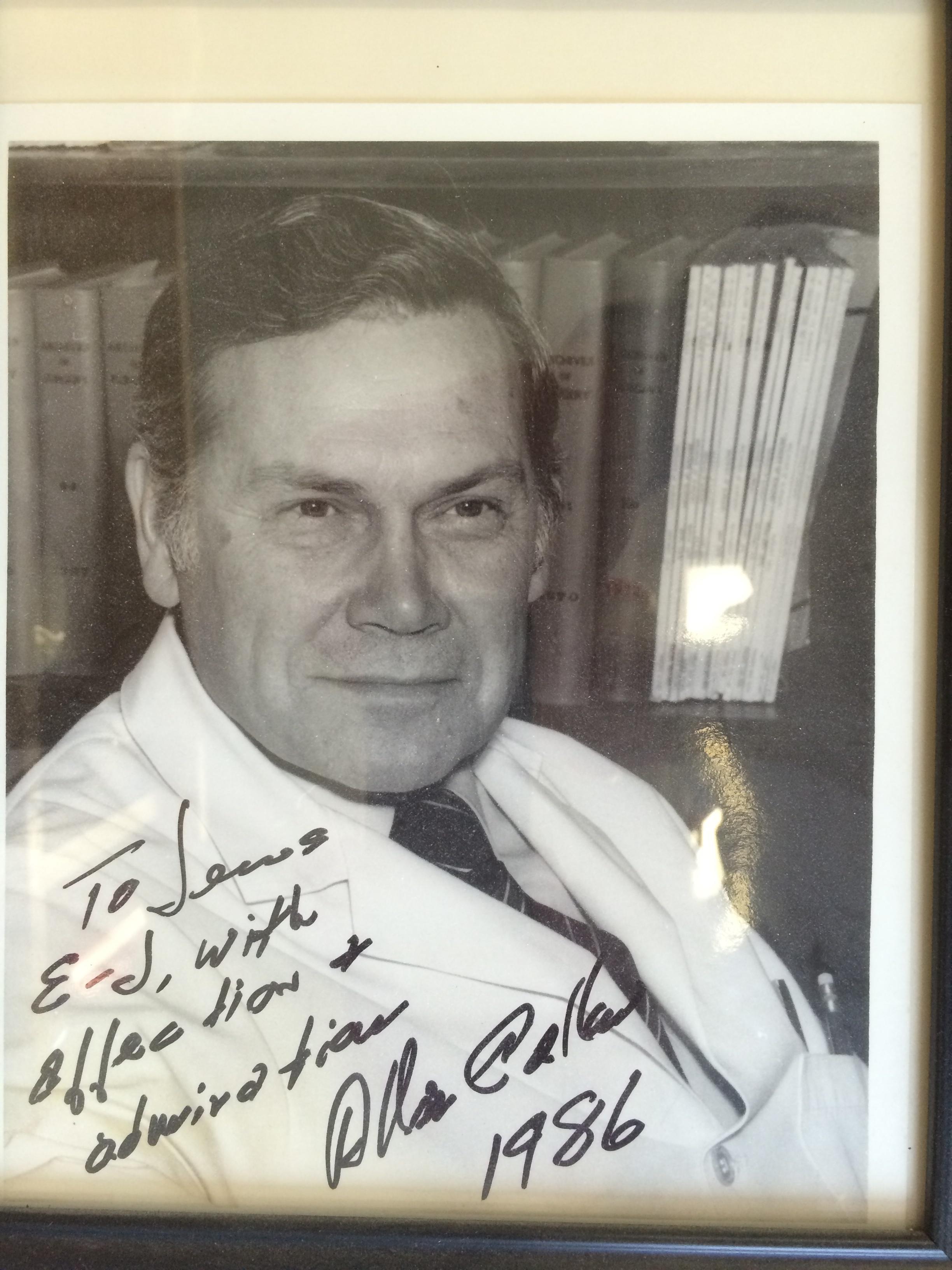 At this hard time in your life my thoughts are with you.

In loving memory of Allan I am thinking today of the time when we were together.

I will love you and miss you always.

Maya
Maya Simionescu
January 13, 2016
Dear Family of Dr. Allan Callow:
Please receive my deepest condolences for a great man in our field of medical therapy. Allan wasa collaborator and Director of Research in vascular therapy when he was at Tufts and I was working for Medtronic. His expertise and support helped us immeasurably then and I have been privilrged to know and intract with him subequently through ISACB, the great Society that he was instrumental in founding and leading.

Sincerely,
Art Coury
Art Coury
January 12, 2016
The sad news of Dr. Allan Callow's passing today is poignant. He was a great man, scientist and clinician. I had the honor of working with him and his group in the early 80's when we were doing small diameter vascular graft research and development at Bard Implants. Over the years he was always gracious when I would see him at meetings. From his service as a Rear Admiral to his research, he was giant of a man. His work and advice on vascular cell biology, next generation vascular grafts and how they performed and failed had an indelible effect.
Mike Helmus
January 12, 2016
Allan was a good neighbor and friend in San Francisco. On occasion work took me to the South Pacific to parts where Allan had served during the war. I often recall Allan's accounts of these places which were so detailed and thoroughly interesting. I miss him and the chats we had over a drink on the front porch.
Christopher Robinson
January 7, 2016
In 1974 I was a young nurse at Tufts Medical Center in the surgical I.C.U. Dr. Callow operated on and saved the life of young man, who would later become my husband. He gave him a life expectancy of 2 years. I had the great opportunity to speak with Dr. Callow in 2011. I told him my husband was alive and doing well, 37 years after the life-saving and innovative procedure he performed. We had a wonderful conversation. Dr. Callow was brilliant and creative, but he was also incredibly kind and compassionate. My husband was ever grateful to him for his life. It was a privilege to know him and work with him. I am so sorry for your loss
Jean McCorry
January 5, 2016 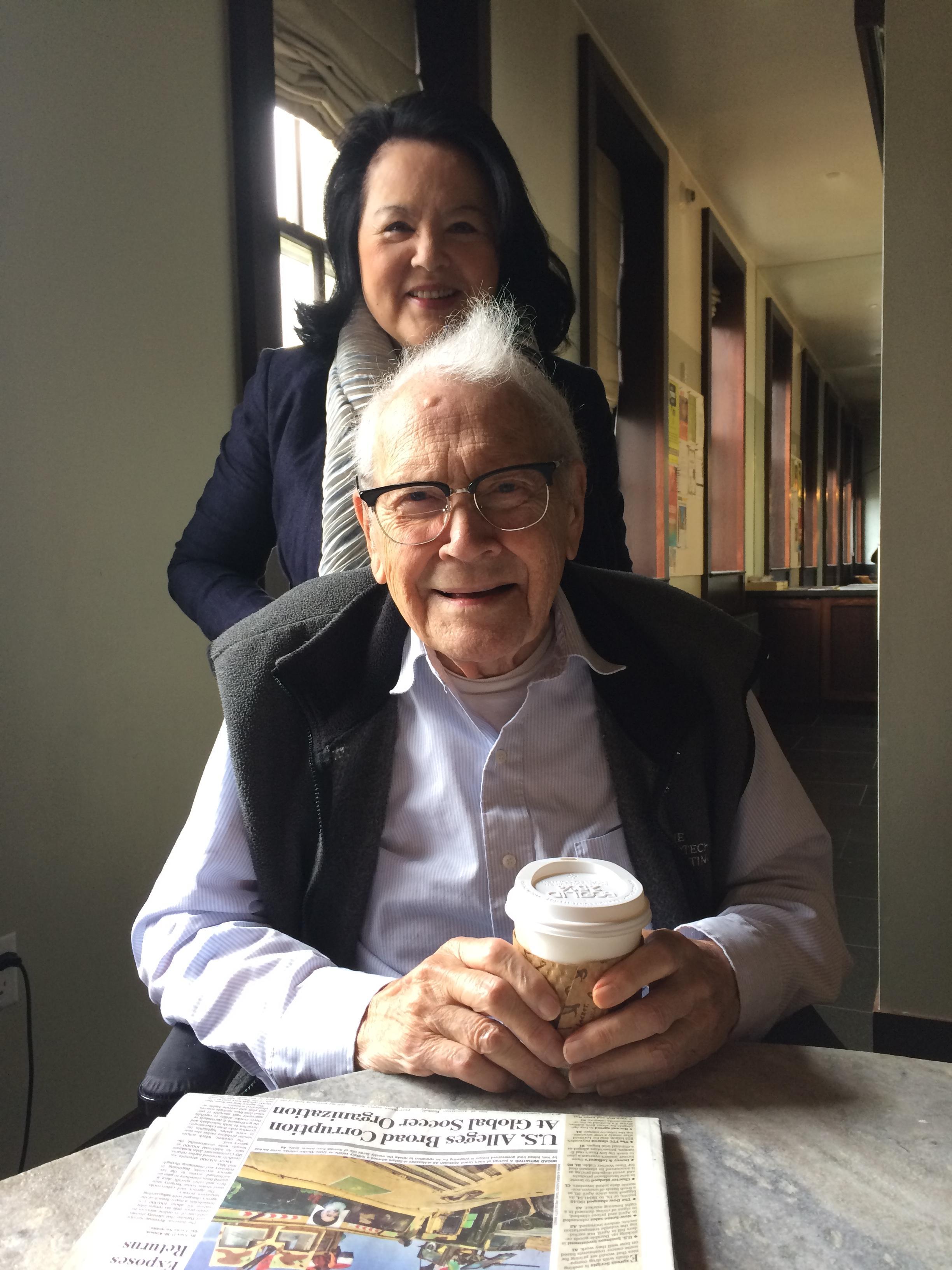 Amy Dowsett
January 4, 2016
"Our loved ones after resting will stand again" (Daniel 12:13). Keep this promise in mind and heart.
Sandra
January 2, 2016
A great man who lived an absolutely amazing life and told the best stories! He will be sorely missed by all who were privileged to know him.
Charles Rittershaus
December 29, 2015
Allan Callow was my attending surgeon during my third year medical school rotation in surgery. I will forever remember his support and courage and great skill. I will be forever grateful to him.
Elena Massarotti
December 29, 2015
Showing 1 - 12 of 12 results