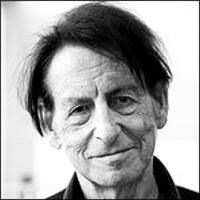 BORN
1942
DIED
2021
TEUBER, Andreas W. May 5, 1942 - February 15, 2021 Harvard University, B.A. Harvard University, Ph.D. Professor of Philosophy at Brandeis University for over 35 years, died peacefully at his home on February 15, 2021. He taught classes in political philosophy and aesthetics through the fall of 2020. The last weeks of his life were filled with phone conversations and FaceTime with family and friends, the kind of lively and wide ranging conversations for which he was known and loved. Andreas Teuber taught at Brandeis from 1985 - 2020 and served as the philosophy department's Chair from 2005-2011. His dedication to teaching and mentoring and the affection of his students in his popular classes made him a mainstay of the department. He was instrumental in developing the Brandeis Master of Arts in Philosophy program. In recent years, Dr. Teuber also taught a favorite class at Harvard University Summer School, Introduction to Philosophy. The syllabus was recognized as one of the "Ten Most Popular Philosophy Syllabi." He was a member and fellow of the Institute for Advanced Study at Princeton University. He published widely on topics in philosophy, politics and law in many publications including the London Review of Books, The New York Times and The Boston Globe. A man of diverse interests and parallel careers, Teuber had a brief career as an actor. When at Oxford University as an undergraduate, he was cast in the role of Mephistopheles in the Oxford University Drama Society production of Christopher Marlowe's "Doctor Faustus," opposite Richard Burton as Faustus and Elizabeth Taylor as Helen of Troy and he repeated his role in the Columbia Pictures movie version of Doctor Faustus. In 1967, he had small parts in a number of television series, among them, "I Spy," with Bill Cosby and Robert Culp, and "The Big Valley." He was the producer and sometimes the director for the new Poets' Theater in 1987 and was its Artistic Director well into the 1990's, working with poets such as Seamus Heaney, Joseph Brodsky, Derek Walcott, among many others. In 1992 he founded the Cambridge Theater Company, and served as its Artistic Director until 1998. The Theater Company produced its shows at the Hasty Pudding Theater in Harvard Square and gained a reputation as Boston's leading off-Broadway theater. In 1998, the Theater Company was a co-recipient of the Elliot Norton Award, Boston's highest Theater Honor for the Best Production of the Year. He is survived by his brother, Chris Teuber; cousin Barbara Liepe Eeckman and husband Frank Eeckman, their children, Annelise Eeckman and Andrew Eeckman; Kathy Liepe Levinson and her husband Martin Levinson; cousin Jennifer Liepe Borders and her husband Walter Borders, and children, Nathan and Benjamin; cousin Steve Liepe and his wife Deborah, and their sons, Brian and Chris; as well as friends, Dan Hull, Sunday Hull, and many others. His father was the noted Neuro-psychologist Hans Lukas Teuber and his mother the art historian Marianne Liepe Teuber. Andreas gave life to his students, colleagues, and friends. He was a teacher, and an exemplar, of the examined life. He left us with a request inspired by Mary Oliver's poetry: "Exalt Wonder…. Pay attention…Be Astonished…Tell about it."

Published by Boston Globe from Feb. 16 to Feb. 17, 2021.
To plant trees in memory, please visit the Sympathy Store.
MEMORIAL EVENTS
To offer your sympathy during this difficult time, you can now have memorial trees planted in a National Forest in memory of your loved one.
MAKE A DONATION
MEMORIES & CONDOLENCES
8 Entries
Forever in our hearts.
Sandra
Student
April 1, 2021
It is with deep regret that I recount that I never knew Andy when we were Undergrads; I met him for the first time when we were both very involved with the "Revue" show that our Harvard/Radcliffe class of 1964 put on at our 50th Reunion in 2014. I remember him vividly from his role in a short sketch from "Juno and the Paycock", a really cool part of the "Revue" ..... and a memory I will cherish forever.

Rest in peace, Andy .........
Michael MacKenzie
Classmate
February 26, 2021
Rest In Peace Professor Teuber! He was the one that encouraged me to minor in Philosophy and I loved all his classes that he taught. You will be severely missed!
Steven W
Student
February 18, 2021
Andreas was a unique soul in his own special way. I had the pleasure of working him for over 20 years at the Heller School at Brandeis University, but sadly never got the opportunity to attend one of his classes.

Seeing him in the office, was always a highlight of my day. I will forever remember the everlasting twinkle in his eye, and warm smile. RIP Andreas, you will be eternally missed.
Vicki Corpian
Coworker
February 18, 2021
Prof. Teuber was a Brandeis legend whose passion for teaching and philosophy will be long remembered. Those of us who were blessed to learn in his classroom are forever grateful.

Yael Mazor-Garfinkle
Student
February 17, 2021
I took intro to philosophy with Prof Teuber, and it was definitely a brilliant start of my college life at Brandeis. Really enjoyed every moment in the class and Prof Teuber will be truly missed.
Nancy Zhai
Student
February 17, 2021
He was a bright spirit. One wanted to know what he would say next. One feels poorer without him. I wish comfort to his friends and family. May his memory be a blessing.
Willa Michener
Acquaintance
February 17, 2021
He is now resting in peace may god be with you and your family you are all in my prays always remember the good times you had with him
Lorraine Butler
Acquaintance
February 16, 2021
Showing 1 - 8 of 8 results