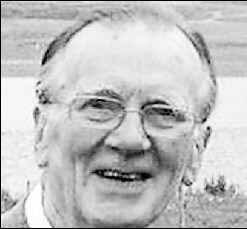 BRYNJOLFSSON, Ari 86, a long-time resident of Wayland, MA, passed away on June 28, 2013 in Tampa, Florida. He was born in Akureyri, Iceland and graduated from Mentaskólinn a Akureyri in 1948. He studied nuclear physics at the Niels Bohr Institute, University of Copenhagen, Denmark, 1948-1954, where he received a Ph.D. Dr. Brynjolfsson was a special research fellow of University of Iceland from 1954 to 1955, and an Alexander von Humboldt fellow of the University of Göttingen, Germany, from 1955 to 1957. He also received a Doctor Philosophiae (DSc) from the Niels Bohrs Institute and graduated from the Advanced Management Program at Harvard Business School. He lead the research team that developed ways to improve food safety via Food Irradiation as the Chief Scientific Investigator at the Natick Laboratories. He also held a variety of positions for the United Nations and World Health Organization. He is survived by his wife Marguerite Reman Brynjolfsson and his five children and their spouses: Ariane Brynjolfsson Kelleris of Denmark (Jan Kelleris), Olaf Brynjolfsson-Johansen of Indianapolis, IN (Shahpar Johansen), Erik Brynjolfsson of Lexington, MA (Martha Pavlakis), John Brynjolfsson of San Juan Capistrano, CA (Margaret Brynjolfsson) and Alan Brynjolfsson of Tampa, FL (Trish Brynjolfsson) and 19 grandchildren. He is also survived by three sisters, Sigrun Brynjolfsdottir, Aslaug Brynjolfsdottir and Helga Brynjolfsdottir, all of Iceland. In lieu of ?flowers, donations can be made to the American Cancer Society. A Memorial Service will be held in Wayland August 24.
Published by Boston Globe from Jul. 1 to Jul. 2, 2013.
To plant trees in memory, please visit the Sympathy Store.
MEMORIAL EVENTS
Aug
24
Memorial service
Wayland, MA
MAKE A DONATION
Please consider a donation as requested by the family.
MEMORIES & CONDOLENCES
11 Entries
Ari was always passing wisdom on to his grandchildren. His lessons will never be forgotten.
Ari
June 14, 2015
To the Brynjolfsson family - on behalf of all of our hospital colleagues from Franciscan St. Francis Indianapolis - please know of our thoughts and prayers. Dr. Olaf Johansen is a wonderful colleague and friend of many and we pray for his beloved father - John Short.
John Short
September 17, 2013
My earlier message did not register. I knew Ari as a friend already from Gymnasium in Akureyri and saw him regularly at the Bohr Institute in Copenhagen. He was a dear friend and we also cooperated as board members of the Scandinavian Library in Newton. We all miss him there. Sigurdur Helgason
Sigurdur Helgason
September 7, 2013
I have known Ari as a colleague and enjoyed many discussions with him. His ideas will help science move forward. My deepest condolences to the entire family.
Louis Marmet
National Research Council Canada
Louis Marmet
August 16, 2013
Ari was a colleague, friend, and advisor. I am greatly saddened by his passing. Condolences to Marguerite and the children.
Hilton Ratcliffe
Astronomical Society of Southern Africa
Alternative Cosmology Group
August 11, 2013
Marguerite, I am sorry to hear of your loss. My sons and your son Alan played together growing up and they remember Ari fondly. I hope you are well. Jefrae Alford
July 11, 2013
We are sorry for your loss and will keep all of you in our prayers.
-The Dosher Family
Jen Dosher
July 7, 2013
What an honor to know such a wonderful man. He will always be special in our hearts. When we look at the stars we will feel his goodness, joy and the love he had of his family. He begins a new journey. PEACE, LOVE and our deepest sympathy, Sue, Madisen and R Mitchell
Susan Bahadurian-vogel
July 5, 2013
The Corliss Family feels so lucky to have known Ari.
We send our thoughts of comfort to all of the Brynjolfsson family.
Paul Corliss
July 3, 2013
As a member of Ari's research team in the Radiation Lab I will always remember him for his ability to listen and help us accomplish our mission.
Jim Caspersen
July 2, 2013
We are so sorry to learn that our dear friend, Ari, has passed away. We would like to send our condolences to Marguerite and their family.

We will miss Ari's enthusiasm for get togethers with our International Group of friends; his tales of life in Iceland, and many interesting stories, and the twinkle in his eyes and his laugh when he was amused.

With much love and sympathy,