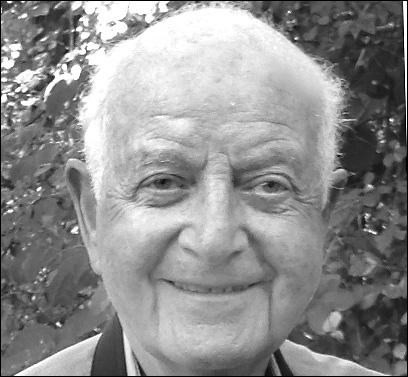 FUNERAL HOME
Greely Funeral Home
212 Washington Street
Gloucester, MA
WEINBERG, Arnold N., MD 85, of Rockport, formerly of Lincoln, died at home on September 28, 2015, after a full life and a year of declining health. He was making his own decisions until the end, and in his last days was as talkative as always, and appreciative of the care of his family, friends, doctors, and nurses. He leaves behind his beloved wife, Inge, and three daughters: Suzanne, Davida, and Carolyn. Treasured as an intelligent and caring infectious disease physician, professor of medicine, colleague, and mentor, Dr. Weinberg had an almost 60-year career at NIH, Cambridge Hospital, MIT, and Massachusetts General Hospital. He continued in his mentorship role until about 15 months before he died, being reluctant to leave the professional life that brought him so much satisfaction. While not wearing a stethoscope around his neck, he often wandered with his binoculars to watch local and foreign birds. He was also an avid and sometimes over-ambitious gardener. He continued to track world events and sports until just a few days before his death, and was particularly interested in seeing what the Cubs might do this year. Burial will be private and a celebration of his life will be held later in the fall. In lieu of flowers, contributions can be made in memory of Arnold Weinberg to Arnold N. Weinberg Annual Lectureship in Infectious Disease, c/o MGH Development Office, 125 Nashua Street, Room 540, Boston, MA 02114. For online condolences, please visit

978-283-0698
Published by Boston Globe from Sep. 30 to Oct. 1, 2015.
To plant trees in memory, please visit our Sympathy Store.
MEMORIAL EVENTS
To offer your sympathy during this difficult time, you can now have memorial trees planted in a National Forest in memory of your loved one.
Funeral services provided by:
Greely Funeral Home
MAKE A DONATION
MEMORIES & CONDOLENCES
1 Entry
With deepest sympathy to Dr. Weinberg's family.
He was a remarkable doctor, teacher and man.
Judy Adams
October 9, 2015
Showing 1 - 1 of 1 results