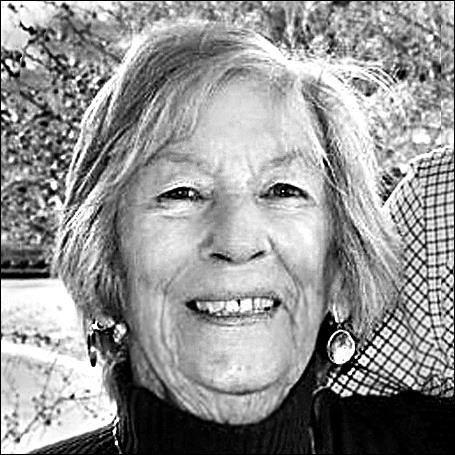 Barbara was born in Boston on October 27, 1940, daughter of the late Howard and Carol (Klein) Fitz. She was a graduate of Needham High School class of 1958 and met her sweetheart, Dick, at Bates College in 1959. They married in 1960 and both graduated with honors from the University of Massachusetts at Amherst in 1963, while additionally parenting son Rick, Jr.

Following graduation Dick and Barbara took the unconventional road to Jonquiere, Quebec, Canada so Dick could continue his pursuit of playing professional baseball. Settling back in Cape Ann, Dick and Barbara raised five sons, whose youth sports and various activities she embraced. The Wilson house became a gathering place for her children's friends, leading many of them to adopt Barbara as a second Mom. Barbara relished helping people reach their full potential by providing love, guidance and support. This extended into her involvement in the community and her contributions to the success of Dick's business. Thru it all, she carried herself with grace, class and dignity.

For many years Barbara volunteered at Wellspring House and Pathways for Children. While never seeking the spotlight, Barbara was recognized and honored for her support of various Cape Ann causes when she was presented with the Linzee Coolidge Philanthropy Award in December of 2017.

Barbara planned wonderful trips for her and Dick to Japan, China, Australia and New Zealand with their favorite place being the Big Island of Hawaii where they spent the last 17 winters. In addition to travel, Barbara enjoyed knitting gifts for friends and family. She liked to sew, garden and was a phenomenal baker.

The family would like to give special thanks to the dedicated staff at Addison Gilbert Hospital, Care Dimensions, Dana-Farber Cancer Institute, and Barbara's posse of loving lady friends who provided companionship when most needed.

Visitation will be held on Friday July 27, from 4:00 - 7:00PM at the foyer of the O'Maley Innovation Middle School in Gloucester. Funeral service will be celebrated at the Unitarian Universalist Church, 10 Church Street, Gloucester, on Saturday July 28, at 9:30AM. Relatives and friends are cordially invited to attend and casual attire is encouraged. A private burial ceremony will be held at Oak Grove Cemetery where her ashes will be interred. In lieu of flowers, contributions can be made in her name to the Gloucester Education Foundation, P.O. Box 1104, Gloucester, MA 01931.

www.greelyfuneralhome.com.
To plant trees in memory, please visit our Sympathy Store.
Published by Boston Globe from Jul. 21 to Jul. 22, 2018.
MEMORIAL EVENTS
Jul
27
Visitation
4:00p.m. - 7:00p.m.
at the foyer of the O'Maley Innovation Middle School in Glouceste
, Gloucester, MA
Jul
28
Funeral service
9:30a.m.
Unitarian Universalist Church,
10 Church Street,, Gloucester, MA
Funeral services provided by:
Greely Funeral Home
MAKE A DONATION
MEMORIES & CONDOLENCES
1 Entry
It is never easy to lose a loved one, I pray you find comfort in Gods promise found at John 6:40 which says that soon we will see all our loved ones again. My deepest condolences to the family.
Lovett
July 25, 2018
Showing 1 - 1 of 1 results