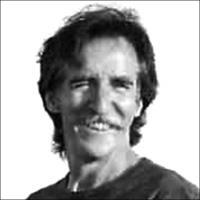 DOWLEY, Brian Of Cambridge, MA, 67, died of leukemia on August 10th on his beloved island of Martha's Vineyard. Brian was well known in Boston film circles as a Director of Photography for over 35 years working on dozens of documentaries and narratives films for NOVA, American Experience, Frontline as well as independent documentaries. He was a life long hockey player and a highly respected coach for Cambridge Youth Hockey where a scholarship for young hockey players was established in his name: www.gofundme.com/brian-dowley-youth-hockey-fund. Brian graduated from the Darrow School and received his BFA and MFA from the Rhode Island School of Design. Brian leaves his beloved wife, Mimi Michaelson and his sons Malcolm Dowley of Boston and Luke Dowley of Los Angeles. A service on Martha's Vineyard and in Cambridge is being planned for the fall.

Published by Boston Globe from Aug. 20 to Aug. 21, 2018.
To plant trees in memory, please visit the Sympathy Store.
MEMORIAL EVENTS
To offer your sympathy during this difficult time, you can now have memorial trees planted in a National Forest in memory of your loved one.
MAKE A DONATION
MEMORIES & CONDOLENCES
2 Entries
We are really saddened to learn about Brian's death. Although I sometimes worked with Brian when we ourselves were young, it was through parenting of our own children who were Malcom and Luke's ages, that we connected more. It's really sad to lose a parent who was as kind and talented as Brian. Please accept our condolences. Josie Patterson, Ben Lynch, Jamie and Pete Lynch
September 4, 2018
Brian's remarkable photographic talent was matched with an extraordinary sensitivity to people. We had wonderful times working together on films. He was so warm and so funny--such a rare kind of person. I know I'll be thinking of him often.
Ed Gray
August 30, 2018
Showing 1 - 2 of 2 results