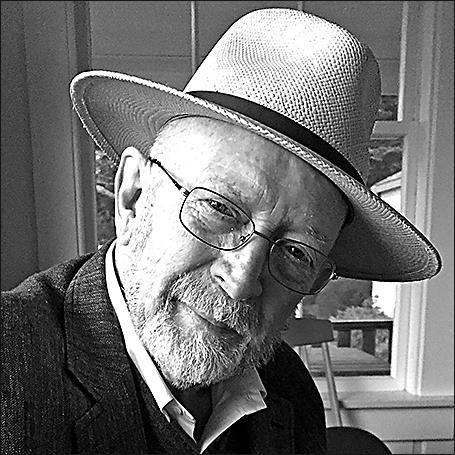 BORN
1934
DIED
2017
KING, Bruce Anthony "Tony" Born in Toronto, Canada, February 23, 1934, passed away May 13th from cancer. His father, Bruce Barnes King, born in Canada, and his mother, born in Worcester, MA, Eloise Washburn King, had two Children, Tony and his sister Diana Hore, who lives in Toronto. King has two passports and considered himself a North American.

King attended the Crescent School in Toronto and St. Andrew's College in Aurora, Ontario, Canada. He received his B.A. from Hamilton College in Clinton, N.Y. in 1956. He spent his junior year at the Sorbonne in Paris.

Judith Stoddard and King married in 1958 and had four children: Jennifer Paradee of Westborough, MA, William King of Belgrade, Montana, Wendy Pickering of Parkton, Maryland, and Bruce King of Kennebunkport, ME. They have five grandchildren, 2 step-grandchildren and 2 step-great grandchildren. His sister Diana and brother-in-law John Hore reside in Toronto and have three children, Edward, Celia and Tim and nine grandchildren.

When still a boy, King worked during summers for his grandfather, John Washburn, at Washburn Garfield Co., eventually becoming that company's President up until 1987. During that time he purchased the George H. Clark Co. and Waites Industriul Supply Co.

King was a Trustee of the Worcester Art Museum, Worcester Hahnemann Hospital, and Cardigan Mountain School. He was a director of Wyman Gordon Co., the Worcester Telegram and Gazette, Kinefac Corporation, Worcester Controls Corp., and Guaranty Bank and Trust Co. He was a MacDowell Colony Fellow and an honorary member of the Garden Club of America.

At age eleven, with his brownie camera given to him by his mother, King began developing his powers of observation. With unquenchable energy and enthusiasm he sought to connect with us and to share his discoveries. With keen and loving eyes, King captured grace and dignity he saw all around him and which profoundly influenced and shaped the life he lived and shared.

Focused on nature and fascinated by human potential, King photographed and wrote extensively about the world around him. We need not look far and wide for meaning and purpose - this is his principal of "pioneering in place". The most important learning, he felt, comes from understanding one's own experience in one's own environment. King believed the word "becoming" rather than the word "education" best describes how a person matures. He liked to express that a child interested in nature holds the keys to our world.

A few institutions that hold King's photographs are: The Worcester Art Museum, The Canadian National Film Board, The Museum of Modern Art and the Boston Museum of Fine Art. Both King's and his wife's art are represented at the Pucker Gallery in Boston. King founded Black Ice Publishers eventually changed to Time and Quiet Press, which represents his photographs and books.

A celebration of Tony's life will be held at Buttonwood, June 24th from 11-2pm, and in Kennebunkport in August at a time to be determined.

In lieu of flowers, donations may be made to: The Greater Worcester Land Trust: 101 Water Street, Worcester, Massachusetts 01604 or Kennebunkport Conservation Trust: PO Box 7004, Cape Porpoise, Maine 04014.
Published by Boston Globe from May 20 to May 21, 2017.
To plant trees in memory, please visit the Sympathy Store.
MEMORIAL EVENTS
Jun
24
Celebration of Life
11:00a.m. - 2:00p.m.
Buttonwood
MA
MAKE A DONATION
MEMORIES & CONDOLENCES
1 Entry
Tony was the lovliest of men, an artist with camera, and a human being with a fullest of hearts. I treasure our many conversations on the porch at the Elkhorn Ranch in Arizona and the photos of those times that Tony so generously shared. Sending love and condolences and so many great memories to Judy and Jennifer and all of the family, Love, Carol Marin.
Carol Marin
May 24, 2017
Showing 1 - 1 of 1 results