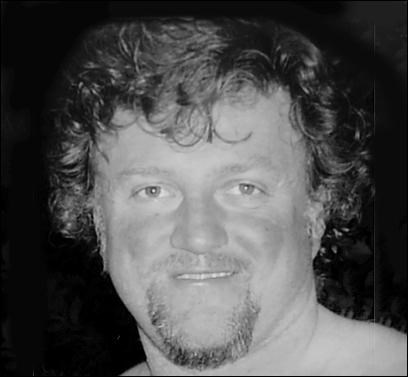 BORN
1963
DIED
2015
FUNERAL HOME
Bolea-Buonfiglio Funeral Home
116 Franklin Street
Quincy, MA
STOKER, Bryan N. Of Quincy died Monday March 9 at home. He was 51 years old. Born on October 25, 1963 in Lawton, OK, he was the loving son of Larry Stoker & the late Mr. and Mrs. Richard & Mary (Tebo) Stoker-Stande. He was a graduate of Quincy High School and worked as a Bar Manager at the Rathskeller formerly of Boston from age 17 until its closing. He was a true Rathskeller "icon" and will always be associated with live music at the Rat. He also worked as a Tunnel Worker for Local 88 in Boston for several years. Mr. Stoker was the loving father of Bryan & Krystina Stoker, former husband of Donna (Monteiro) Stoker and longtime companion of Cynthia & her daughter Briana. He was the dear brother of Joanne D'Andrea, Larry Stoker and Jae Stoker. He is also survived by several nieces and nephews. A funeral Mass will be Celebrated on Friday March 13 at 9am at Sacred Heart Church, 386 Hancock Street in N. Quincy. Relatives and friends are kindly invited to attend. Visiting hours will be held at the Bolea-Buonfiglio Funeral Home, 116 Franklin Street, Quincy on Thursday from 4-8pm. Interment will be private. In lieu of flowers, donations may be made in Mr. Stoker's memory to the American Diabetes Association, 330 Congress Street, Suite 501,Boston, MA 02201. www.boleafuneralservices.com
Published by Boston Globe from Mar. 10 to Mar. 11, 2015.
To plant trees in memory, please visit the Sympathy Store.
MEMORIAL EVENTS
Mar
12
Visitation
4:00p.m. - 8:00p.m.
Bolea-Buonfiglio Funeral Home
116 Franklin Street, Quincy, MA
Mar
13
Funeral Mass
9:00a.m.
Sacred Heart Church
386 Hancock Street, N. Quincy, MA
Funeral services provided by:
Bolea-Buonfiglio Funeral Home
MAKE A DONATION
MEMORIES & CONDOLENCES
23 Entries
Always in my Miss the foot tapping, silly grin, caring chats!! You know what I mean? Love always, Joanne
March 9, 2019
Rest in peace, Bryan. Fond memories of you at the Rat from back to the day. Always a gentleman with a sincere interest in what you were doing.
Christopher Leacu
March 17, 2015
Sorry for your loss Brian was a great guy,our deepest sympathy. Scott Elaine and the Boidi family
March 16, 2015
Dear Bryan my heart and soul is hurting so bad. Briana, nana,and I miss you so much everyday has been unmanageable because you always bounce back. What happened this time!? You know the rest.
we love you with our heart and soul. Never forget.
till we meet up love family.
March 16, 2015
So sorry to hear of Bryan's passing. Our thoughts and prayers go out to his family and close friends.
Barbara and Paul Norton
March 13, 2015
You shared everything you had, with everyone you knew - - and now it looks like you finally got to wear those wings you've earned a million times over down here. When I remember you, it will be in gladness, not sadness - - because we are all that much smarter, sweeter, and stronger for having had you in our lives. Our family's thoughts and prayers are with you and yours, but this is not a goodbye - - because in our hearts, Bryan, you will live on forever.
Julie Duffy
March 13, 2015
Rest easy, kid.
Johnny Angel
March 12, 2015
Bryan and Krystina and Family,

We are so sorry for your loss, and please know you are in our thoughts and prayers.

May God bring you Peace,
The Brennan Family
Brennan
March 12, 2015
Sorry for. Brian's. Passing on i will miss him very much i work him at rat for time
ANTHONY werksman
March 12, 2015
My loving brother...thank you for always watching out for me, even as a little girl..my heart is broken, but you're with mom, and out of pain.. Love you so very much..rest in peace Bryan
joanne D'Andrea
March 12, 2015
He was a very kind man. He will be missed.
Kathleen K
March 11, 2015
Good bye stand up brother
Patrick raftery
March 11, 2015
We are so sorry on the loss of your brother Byran. You and your family are in our thoughts and prayers
March 11, 2015
At the Rat, He had the smile to charm, and the muscles to harm. If you were fool enough to cause his smile to wane, you probably deserved to feel his muscles cause you pain....R I P Bryan
Bob Moriarity
March 11, 2015
Sorry for your loss. Bryan was a neighbor and a friend. I will miss seeing him here at tobin
Susan McNulty
March 11, 2015
Joanne - the Hagerty Family just loved BRYAN - this was such sad news of his passing. Prayers for you and your family -

Marney - Dan - Lisa - Rhonda and Karla
Marney Hagerty
March 11, 2015
Bryan was the best kind of person! He enriched the lives of those around him! I will miss him! My deepest condolences, to his family.
Matthew Gilbert
March 11, 2015
Sympathies and prayers to the Stoker Family. So sorry for your loss.
Gina Pickett
March 11, 2015
He was one funny guy.I used to show up at the Rat on a white and blue polka dotted bike and he dubbed me pee wee herman! I took it as a compliment.Rest in peace brother.....Chuck Abbate
March 11, 2015
Bryan R.I.P. Glad I got to see you awhile ago,How we're talking about my brother Mike,How much you missed him,May you and Mike be together again,Sorry to your family for Bryan was a good man!!!!! Gone but never forgotten, Corin Coulson Bondarick
Corin Bondarick
March 11, 2015
He taught me how to tend bar, how to work a room, how to know the regulars and treat them right. He was a hilarious man, larger than life, a good leader, and I'm glad I had the chance to know him. Rest in Power, Bryan.
Seth Cargiuolo
March 11, 2015
So sorry for your loss, Bryan was a neighbor and a friend. I will miss seeing him here at Tobin..One of the nicer people in my life..
rich sheehan
March 10, 2015
Bryan was a gentle giant, a friendly presence behind the bar but if trouble broke out he was right there. The punk rock crowd knew he was on our side - he had our backs. Spent many a good time with Bryan behind the bar or at the door, my condolences to his children, friends and family. Gone way too young...
Jon Seamans
March 10, 2015
Showing 1 - 23 of 23 results