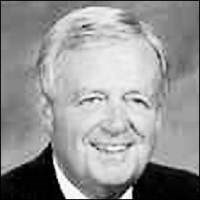 FUNERAL HOME
Mulryan Funeral Home
725 Hebron Avenue
Glastonbury, CT
SCHULTZ, The Reverend Dr. Carl F., Jr. A leading pastor of the United Church of Christ, went to eternal life on Monday in Hartford surrounded by the love of his family. He was 80. For 34 years, Rev. Schultz served as Senior Pastor First Church of Christ Congregational, in Glastonbury. Following his retirement from First Church, he served for over two years as the Interim Senior Pastor at historic Old South Church in Boston. The defining characteristic of Rev. Schultz's ministry was his lifelong love and devotion to preaching. He was an inspirational preacher whose sermons addressed the spiritual issues present in our daily lives. Rev. Schultz was born in Hyannis, MA, the only son of Reverend Dr. Carl F. Schultz and Janet Schultz. Rev. Schultz's father served as Senior Pastor of The Hyannis Federated Church. Rev. Schultz graduated cum laude from Tufts University in 1956 and was awarded a Master of Divinity degree from Andover Newton Theological Seminary in 1959. In 1986, Rev. Schultz earned a Doctor of Ministry from the Hartford Seminary. On August 20, 1955, Carl married Della M. MacAskill of Waltham, MA. As Carl has written of Della, "She has been a constant source of love and friendship, support and wise counsel, inspiration and encouragement." Hundreds of his parishioners who have known them both through the years would certainly agree. On October 4, 1959, Rev. Schultz was ordained to the Christian Ministry in the Plymouth Congregational Church in Plymouth, NH. After serving three years at Plymouth Church, he was called to become the pastor of First Congregational Church in Auburn, MA, where he served from 1962 to 1968. During his time in Auburn, Rev. Schultz was part-time Director of the Worcester Council of Churches Pastoral Committee, an elected member to the Auburn School Committee and active in the civil rights and ecumenical movement. In 1968, Rev. Schultz was called to become the Senior Pastor at the First Church of Christ Congregational in Glastonbury. He was one of the longest serving pastors in First Church's over 300_year history. Rev. Schultz's ministry extended to the entire Glastonbury community. He led the movement to develop the Glastonbury Conference of Churches and the Pastoral Counseling Center. He served as Chaplain for the Glastonbury Police Department. Rev. Schultz introduced many innovations to his ministry including an interfaith television ministry and "Faithline" - a daily phone meditation for the parish and Glastonbury community. In 1998, First Church was selected by ABC television to broadcast its Christmas Eve service throughout the nation. In 2002, he was named Pastor Emeritus of First Church. The First Church Fellowship Hall is dedicated to Rev. Schultz and Della. Following his retirement from First Church in 2002, Rev. Schultz served as interim Senior Minister at Old South Church in Boston and at the First Congregational Church of Madison, CT. Rev. Schultz maintained a lifetime connection with Craigville Village on Cape Cod. For over 20 years, he served as President of the Craigville Camp Meeting Association and was presently Director of Worship at the Craigville Tabernacle. Rev. Schultz loved the summer gatherings of his children and grandchildren in Craigville. Rev. Schultz was an active participant in the United Church of Christ (UCC) organization. He served as a delegate to the UCC General Synod, Moderator for the Hartford East Association, Chairman for the Conference Board of Church Life and Leadership, and a member of Connecticut Conference Personnel Committee. Rev. Schultz had the honor of serving twice as the guest Chaplain in the United States Senate. Rev. Schultz is survived by his loving wife Della, their three children and spouses, Mark and Caroline Schultz (Charleston, SC), Lesley and Stephen Faber (Cohasset, MA) and Ruth and Louis Robin (Longmeadow, MA), and their ten grandchildren, Scott Faber, Ashley Faber, Andrew Schultz, Corbin Faber, Matthew Schultz, James Faber, Joshua Robin, Dana Schultz, Eliza Schultz, and Emma Robin. Known to his family as "PopPop," he was a loving grandfather. He was actively involved in his grandchildren's academic and sports activity. His grandchildren cherished his wit and storytelling. A memorial service is scheduled for 1 p.m. on December 8 at the First Church of Christ in Glastonbury (2183 Main Street). Visiting hours will be held on Friday December 7 from 6-8 p.m. at First Church. The family has requested that gifts be made in lieu of flowers to Glastonbury First Church of Christ or the Craigville Tabernacle. The Mulryan Funeral Home has care of arrangements.

Published by Boston Globe from Nov. 29 to Nov. 30, 2012.
To plant trees in memory, please visit the Sympathy Store.
MEMORIAL EVENTS
To offer your sympathy during this difficult time, you can now have memorial trees planted in a National Forest in memory of your loved one.
Funeral services provided by:
Mulryan Funeral Home
MAKE A DONATION
MEMORIES & CONDOLENCES
19 Entries
I was present at Rev. Schultz's ordination in Plymouth, New Hampshire. Was searching for his location to ask if he would be able to conduct a memorial service for Dr. John Noseworthy, MD, who recently passed away (Nov 4). John was President of Plymouth Congregational Church Youth Fellowship, I was Vice President - following Carl's guidance. So saddened to hear of Carl's passing. I mowed the lawn at the rectory in Plymouth many years ago, knew Della and the children as a young and vibrant family and was truly blessed to have been in their presence.
Dale Chellis
November 12, 2013
Della,
So sorry to hear of Carl's death. He was unfailingly kind to those of us who attend the MACUCC Adult Music Camp and we will miss his presence this year.
Linda Michel
January 18, 2013 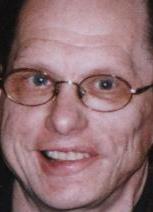 Dear Della, Mark, Leslie and Ruthie,
I read of Carl's death in the latest issue of The Tidings and was so sad to hear this. I have wonderful memories of the years you all spent in Auburn. I thank God for his ministry which inspired me and countless others over the years. My thoughts and prayers are with you.
Much love,
Roger
Roger Baker
January 5, 2013
Dear Della, Leslie and Mark;
I was so saddened and shocked to hear of Rev. Schultz passing. The Parker family was a member of his congregassion for many years beginning in 1971 until Helen and Linda left in 1979 to move to Oregon. He has remained a great light and inspiration to us all of these years and he will never be forgotten. May your burdens be ligth and may God's grace and mercy shine on you all. He is in Heaven with his Father now, I know this for certain. Many blessings in all things to your whole family.
Linda Parker-Hanson
December 20, 2012
Dear Della,

Maxine and I were saddened to hear of Carl's passing. We wish you much strength in the coming days and months.

With love,
Bob (Yamartino) Jr. & Maxine
Robert Yamartino
December 6, 2012
Dear Della,
I am so saddened to hear of Rev. Schultz passing.I know what you and he meant to our family. How our lives came togeather and had so many things in common,church,hockey,golf and most importantly our Canadian roots.I know how Carol loved him and what a fond relationship they had. At Carol's funeral he spoke of her as a pillar, well he was sure a pillar too.I will never forget his caring, our talks and our golf time togeather. You are in my thoughts and prayers. Paul Brown
December 5, 2012
Dear Della, Mark, Leslie, and Ruthie,
I was blessed to have known Reverend Schultz for many years. He confirmed me at First Congregational Church in Auburn, and he was a guiding influence in my decision to attend Tufts. I shall always remember his imposing yet kind presence, his incredible voice, storytelling skills like few others--he conveyed his messages with the perfect blend of information and humor. In later years I was thrilled to have the opportunity to renew our acquaintance during visits to both South Dennis Congregational and Old South Church. May the wonderful memories that you have sustain you and give you strength.
Fondly,
Joel Higginson
Joel Higginson
December 3, 2012
Dear Della and Mark, Leslie and Ruthie,
I was so saddened to hear the news of his passing. He was such an integral part of my personal faith journey and a profound influence on my life in the church. Having been baptized, confirmed, and married by him, I feel very blessed. He also baptized our girls. I am sure that God is grateful to have one His most faithful disciples at His side. May the love of all who knew him and those around you give you comfort at this time. we will be praying for all of you. With Christ's love and deepest compassion,
Kristina Weiss-Logan
Kristina Logan
December 3, 2012
Dear Dela We are so sad to hear of Carl's passing. He was a friend and inspiration for the 28 years we spent with him at First Church. He will be sorely
Missed. Our deepest condolences to you and entire family Yours in Christ Ellie and Roger Weiss
Roger Weiss
December 2, 2012
Rev. Schultz touched so many lives. He touched our spiritual souls and was with us in times of joy & grief. We are so grateful that he touched the lives of our family as friend neighbor and pastor. He is at home with The Lord! Our prayers are for comfort and peace for Della, Mark, Leslie,and Ruth.

The Bennett family
Susan Bennett Bradley
December 2, 2012
Dear Della,
My heartfelt condolences.Carl was a great friend to me and my family as you know.You,and Carl were a perfect ending to his constantly inspiring sermons,some of which I had the pleasure to enjoy(sixth-grade Sunday School took precedence)--however,I still refer to his book of sermons.Please give my best to Ruthie and the rest of the family.I have fond memories of you all,and I share in your loss.
God Bless
Dick Morrison--Tucson,AZ/Wakefield,R.I.
November 30, 2012
We extend our condolences to the Schultz family. Rev Schultz was a great friend of my parents. His pastoral abilities were always rich and caring. We will miss him.
David Kay
November 30, 2012
Mary and I will keep fond memories of Carl in our hearts. His caring manner and larger than life spirit will be always remembered.
Tony & Mary Balsamo
November 30, 2012
As a member of First Church, Carl married me and baptized my son. I still remember the chuckle he got when I shared with him that my son Adam thought Dr. Schultz was in a commercial on TV - it was for Dr. Scholls footcare products. He will be missed.
Gail Gagnon
November 29, 2012
Della and family,
We are so sorry for your loss. Your husband, father, grandfather was one of the most wonderful people in the world. He will be forever cherised. Our thoughts and prayers are with you.

With Love,
Bentley and Debbie Shofner
Murfreesboro, TN
November 29, 2012
So sorry to hear of his passing. He had a profound impact on my life growing up. He will certainly be missed and remembered fondly by those that knew him. My thoughts and prayers are with his family.
Brian Essex
November 29, 2012
We are thinking of you all and you are in our prayers. Carl baptized Melissa, married Melissa and Scott on Bald Head Island and then baptized their daughter Lucy Scott. We hold dear these memories.
Patty Gesell
November 29, 2012
I will always remember him as a towering man with great compassion, and a wonderful neighbor. Condolences to Mrs. Schultz, Mark, Leslie, Ruth, and all. He will be in my prayers.
Allan Peter Davis
November 29, 2012
Della, Mark, Leslie and Ruth,
I have countless wonderful memories of Rev. Schultz. Please accept my heartfelt condolences. The world has lost a truly great man. I hope your memories and faith will help you through this difficult time. My thoughts are with you always.
Nancy Miner
November 29, 2012
Showing 1 - 19 of 19 results