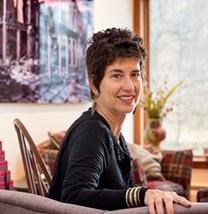 FUNERAL HOME
Levine Chapels
470 Harvard Street
Brookline, MA
ENGLAND, Catherine Seiferth 67, of Lexington, MA died peacefully at her home on Saturday, November 28th surrounded by her family. She is the beloved mother of Ryan Peugh, Evan Peugh, and his wife Leah Gelb; daughter of Lois Hechinger England and the deceased Richard England; sister of Nonie (Joan) Akman and her husband Larry Akman, and Rick England and his wife Diana England. Many loving nieces and nephews also survive her along with devoted friends. Cathy was born in Washington, DC. She attended National Cathedral School for Girls, followed by The University of Wisconsin, with a major in Comparative Literature. After a year living in Montreal, she moved to the Boston area, where she worked at City Hospital as a Unit manager and attended Harvard, graduating with a Master's in Education. In the last half of her life she followed her passion for the arts and served on the Board of the DeCordova Museum as Overseer and also with the Photographic Resource Center as President. She additionally was the President of the England Family Foundation, meeting the needs of the underserved youth and Jewish population in Washington D.C. She also served as a member of the Lexington Town Meeting and was very active in the League of Women Voters. Cathy was an avid photographer, world traveller, and explorer of nature. A memorial service will be held at Temple Isaiah, 55 Lincoln St., Lexington, MA at 1:00pm on Wednesday, December 2nd. The family will receive people at Cathy's home following the service into the evening. In lieu of flowers donations may be made to the Catherine England Leiomyosarcoma Research Fund at the Dana Farber Cancer Institute, P.O. Box 849168, Boston, MA 02284.

www.levinechapel.com
Published by Boston Globe from Nov. 30 to Dec. 2, 2015.
To plant trees in memory, please visit the Sympathy Store.
MEMORIAL EVENTS
Dec
2
Visitation
Cathy's home
MA
Dec
2
Memorial service
1:00p.m.
Temple Isaiah
55 Lincoln St., Lexington, MA
Funeral services provided by:
Levine Chapels
MAKE A DONATION
MEMORIES & CONDOLENCES
3 Entries
I was pleased to have known Cathy, however briefly, when I worked at the Photographic Resource Center and she was board chair. She was determined to keep the organization on track and surviving, and I was grateful for her efforts. As I am currently living in Minnesota and have limited means for travel I am sorry to have missed the memorial service; I would have liked to honor her and support her family in person.

Sincerely,
George Slade
December 10, 2015
Cathy was a valued and beloved member of our Jewish women's
group. We are so terribly sad to loose her. I will remember her for her love of art , commitment to social justice and wonderful
esthetic sensibility.
Amy Gerson
December 1, 2015
Cathy was kind, open, honest, and direct. A woman of grace and dignity she projected an aura of calm and capability. She was also funny, down to earth and just quirky enough to be easily approachable. She had a fine mind and strong character. She knew what she wanted to do and she went out and quietly did it. I will never forget her proudly showing me around her beloved DeCordova. By the time we got to the outdoor sculptures she was as excited as a child showing off her birthday presents. She always smiled and her eyes sparkled with energy and excitement. She found joy everywhere. I will miss her and her unfailing kindness.
Bryan Mauldin NCS '66
December 1, 2015
Showing 1 - 3 of 3 results