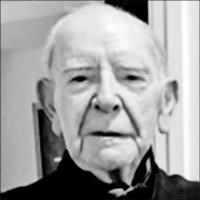 BORN
1925
DIED
2019
FUNERAL HOME
George F. Doherty & Sons Funeral Home
477 Washington Street
Wellesley, MA
BIEBUYCK, Daniel P. World-renowned Anthropologist, died on December 31, 2019. He was born in Belgium in 1925, and died in Newton, Massachusetts at the age of 94. After studying classical philology and law at the University of Ghent (Belgium), he specialized in cultural anthropology at the London School of Economics. He went on to conduct fieldwork in the Democratic Republic of the Congo from 1949-1961. Daniel then relocated to the United States, where he became a professor of Anthropology in several American universities, notably the University of Delaware and UCLA. His pioneering research made him the leading authority on the cultural traditions of the Bembe, Lega, and Nyanga social groups. Among his many publications in English, French, and Dutch, two of his most-acclaimed are: The Mwindo Epic (1969) and Lega Culture (1973). He was the recipient of numerous honors, grants, and fellowships, including the Rockefeller Foundation Humanities Fellowship, the John Simon Guggenheim Memorial Fellowship, and the National Endowment for the Humanities. In 1989, he retired from the University of Delaware as H. Rodney Sharp Professor of Anthropology and the Humanities. Beloved husband of the late Laure-Marie (De Rycke) Biebuyck, he was the devoted father of: Brunhilde Biebuyck (Paris, France); Annick Sawaya (Miami, Florida); Hans Biebuyck (Potomac, Maryland); Jean-Christophe Biebuyck (Sarasota, Florida); Jean-Marie Biebuyck (Boston, Massachusetts); Beatrice Biebuyck (Newton, Massachusetts); and the late Edwin Biebuyck (High-Falls, New York). He was the loving grandfather of Anouk Allart, Anthony and Laure-Marie Sawaya, Daniel and Aurelia Biebuyck, Emma Farsheed, and Benjamin and Rebecca Biebuyck. He is survived by his brother, Jan Biebuyck of Deinze, Belgium. He will forever be remembered for his boundless energy and his commitment to preserving knowledge for posterity. Private Funeral Mass will be held for Daniel in Mary Immaculate of Lourdes Church, Newton Upper Falls. Private interment in Newton Cemetery. For online guestbook, gfdoherty.com George F. Doherty & Sons Wellesley 781 235 4100

Published by Boston Globe from Jan. 3 to Jan. 6, 2020.
To plant trees in memory, please visit the Sympathy Store.
MEMORIAL EVENTS
To offer your sympathy during this difficult time, you can now have memorial trees planted in a National Forest in memory of your loved one.
Funeral services provided by:
George F. Doherty & Sons Funeral Home
MAKE A DONATION
MEMORIES & CONDOLENCES
5 Entries
I married into the family for a short period Of time and had the pleasure of Daniel's company just a few times. But times I met with him he left an indelible mark on my soul, his stature, radiance and his wisdom; the way he comported himself, what s blessing and treat. I clearly will always remember sharing a snifter of Brandy and listening to classical music. I remain indelibly impressed to this day, what an incredible father and inspiration he became to each and every one of his children who were incredible Achievers in life. Daniel you will always be remembered my life was for ever enriched in countless ways. Thank you
Louis Trematerra
Friend
September 16, 2021
I never had the privilege of meeting Professor Biebuyck, but followed and relied on his wonderful research and writing as a scholar of Congolese humanities myself. I am writing a brief tribute about him for the journal _African Arts_, and would greatly appreciate hearing from anyone who may have a research or other compelling photograph that I might include. Please contact me at [email protected] Thanks in advance--

Allen F. Roberts
UCLA Distinguished Professor of World Arts and Cultures
Allen Roberts
March 5, 2020
I had the privilege to be one of Daniel's students at the University of South Florida, when he was the Golding Distinguished Professor of African Art in the 1990's. I remained a friend of Daniel and Laure-Marie over the years. I last heard from Daniel on December 20, 2019 and he told me that he was not feeling well. I was saddened to learn of his passing and I will miss him!
Jerelyn Fyvolent
January 13, 2020 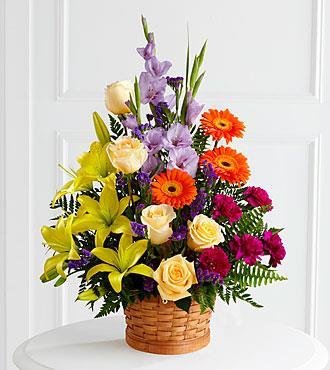