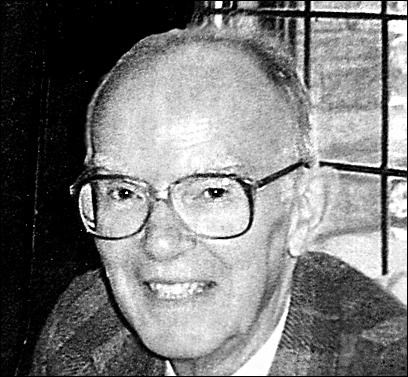 BORN
1930
DIED
2015
FUNERAL HOME
Leavitt's Mortuary
835 36th Street
Ogden, UT
GRAY, David Sperry Passed away in his sleep on June 4, 2015 at the age of 85. He was born on January 2, 1930 to Clarence Sperry and Marion Fearney Gray in Providence, RI. David graduated from Yale University in 1951 with a degree in Mechanical Engineering where he was inducted into Yale's chapter of Tau Beta Pi, the national engineering honor society. He then graduated from Yale Divinity School in 1954 where he met the love of his life, Elizabeth Emma Dodson. They were married for 58 years and had two children, Lisa Fearney Gray and Jonathan Hunter Gray. He was blessed with four grandchildren: Tricia Gray, Jon-Hunter Gray, Jake Jackson and Sam Jackson. David was an Episcopal Minister, ordained in 1957. He left the Parish Ministry in 1972 to partner with his wife, Elizabeth Dodson Gray in what they termed an "Issues Centered Ministry" during the course of which they wrote and lectured together on the issues of the day from sustainable growth to eco-feminism. During this time together David and Liz operated The Bolton Institute for a Sustainable Future and Roundtable Press, which published four of Liz's books and one of David's. It was a true spiritual and professional partnership that few are lucky enough to experience at all....much less for 58 years! We love you, respect the life that you lived in service to others, and will miss you greatly, Dad! Memorial Service will be held at 3:00 p.m. on Saturday, July 11, 2015 at The First Baptist Church of Newton, 848 Beacon Street, Newton Center, Newton, MA. In lieu of flowers please make a donation to Autismspeaks.org in his name. Arrangements under the direction of Leavitt's Mortuary, 836 36th St., Ogden, Utah. Please send condolences to the family at: www.leavittsmortuary.com
Published by Boston Globe from Jul. 7 to Jul. 8, 2015.
To plant trees in memory, please visit our Sympathy Store.
MEMORIAL EVENTS
Jul
11
Memorial service
3:00p.m.
The First Baptist Church of Newton
848 Beacon Street, Newton Center, Newton, MA
Funeral services provided by:
Leavitt's Mortuary
MAKE A DONATION
MEMORIES & CONDOLENCES
3 Entries
DAVID, WE ALWAYS LOVED YOU.KIND, GENTLE AND WONDERFUL MATE TO LIZ.MET YOU IN THE 50'S WHEN
WE WERE NEIGHBORS. HUGS!ROSLYN SCHNEIDER AND THE LATE BERNARD SCHNEIDER AND FAMILY.
WILLY J, ALISON AND ARI
July 11, 2015
I will miss you, David. An enormous loss for Liz--ever in my heart. SafeJourney, dear ones. Carolyn Cummings-Saxton
July 11, 2015
David,
I will miss you. You added so much to T.O.P. and W.E. You were wonderful.
Love, Sandy Pierson
July 9, 2015
Showing 1 - 3 of 3 results