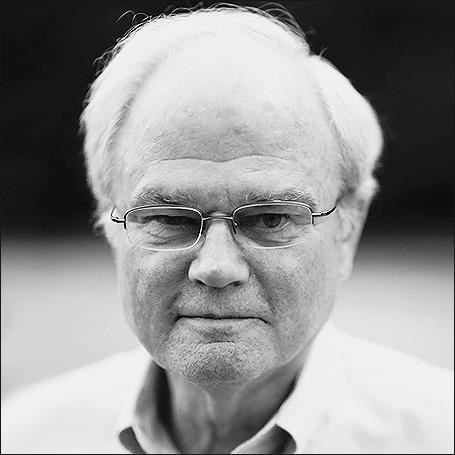 Dick was born in Buffalo, NY in 1942 to Marion Zealand Clinton and DeWitt Clinton. After graduating from Buffalo's Nichols School, Dick attended Williams College, where he received a BA in Mathematics in 1964. He earned his MBA in finance from the Columbia University Business School in 1970, and a certificate in executive education from INSEAD (Fontainebleau, France) in 1991.

Dick met his wife, Nancy Schade Clinton, in New York City in 1967 while both were working at Equitable Life Insurance. They married in 1968 in Nancy's home state of Maine, at Trinity Episcopal Church in Portland. After starting work in 1970 with the Digital Equipment Corporation, where he built his career in financial management, Dick and Nancy moved with the company to Geneva, Switzerland, where they had their son, DeWitt. After returning to the United States, Dick continued to work for Digital and eventually settled in Sudbury, MA, where they lived for twenty years and had two daughters, Margaret (Maggie) and Catherine (Cate). A lifelong Episcopalian, Dick was an active member of Sudbury's St. Elizabeth's church. He was also an avid sports fan who enjoyed playing golf, squash, and with the St. Elizabeth's softball team.

After leaving Digital in 1996, Dick worked as a business development and finance consultant for numerous companies. He and his son, DeWitt, partnered on a software startup in the early 2000s. During this period, Dick was able to pursue his interests in the history of Colonial and Revolutionary-era America. As a direct descendent of former New York Governor DeWitt Clinton, he served on committees and boards of numerous historical organizations, including the Society of the Cincinnati, the New York State Society of the Cincinnati, the Society of Colonial Wars in Massachusetts, and the New England Historic Genealogical Society.

Dick continued these endeavors after he and Nancy moved to Wells, ME, in 2001. In Wells, he enjoyed the natural beauty of coastal Maine and became an active member of St. David's Episcopal Church in neighboring Kennebunk. For many years, Dick chaired St. David's finance committee and participated in services as a lay reader. Since 2018, he served as a Trustee of Diocesan Funds for the Episcopal Diocese of Maine.

Dick is survived by his wife, Nancy, their children and children-in-law, DeWitt Clinton and Marijke (Muller) Clinton of Seattle, WA, Maggie Clinton and Roger White of Middlebury, VT, and Cate Clinton and Lucy Budman of Cambridge, MA. He is also survived by four grandchildren: DeWitt and Elizabeth Clinton, Helena Clinton-White, and Benjamin Budman-Clinton. Dick was predeceased by his younger brother, George, in April 2020.

A small, private gathering of family will be held at the St. David's Memorial Garden in Kennebunk.

In lieu of flowers, the family suggests that donations be made to the St. David's Episcopal Church Memorial Garden, 138 York Street, Kennebunk, ME 04043.

Arrangements are in care of Bibber Memorial Chapel, 111 Chapel Road, WELLS, ME 04090.

www.bibberfuneral.com
Published by Boston Globe from Oct. 19 to Oct. 20, 2020.
To plant trees in memory, please visit the Sympathy Store.
MEMORIAL EVENTS
To offer your sympathy during this difficult time, you can now have memorial trees planted in a National Forest in memory of your loved one.
Funeral services provided by:
Bibber Memorial Chapel
MAKE A DONATION
MEMORIES & CONDOLENCES
3 Entries
Dick and I were co-workers and friends at Digital. He was a wonderful person and I am very saddened by his passing.

Knowing Dick, I'm sure he went straight to Heaven!
Jack Mileski
Coworker
October 20, 2020
In loving memory of a wonderful person. Nancy, our deepest condolences to you and your family.