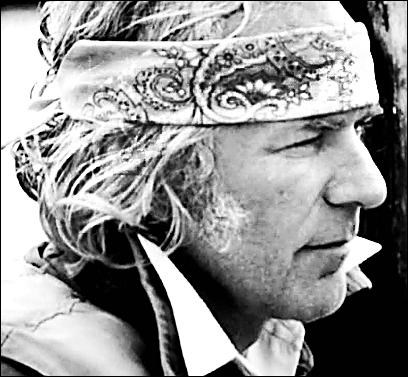 MANSON, Donald B. 74, known to friends, colleagues, and students as Don, passed away peacefully at home from Parkinson's disease on January 16, 2015. He is survived by his loving wife, Carolyn (Lindberg) Manson, his son John, his daughter Cindy Manson and her husband Tim LaVallee, his grandchildren Ian, and Fiona, and Audrey and her husband Bruce, and his great-grandson Maurice. He is also survived by his brother Alan, his sister Mona, and many nieces and nephews, and the group of devoted caretakers who gave him much comfort and enjoyment during the last years of his life. Don graduated from Lawrence University in Wisconsin in 1962, and University of Wisconsin Law School in 1968, where he spent his summers working to support voting rights and criminal justice. He entered a career in public service that included work for the U.S. Conference of Mayors in Washington D.C. on law enforcement and urban justice. He brought his family to Boston to serve under Mayor Kevin H. White as the director of the Mayor's Office of Criminal Justice. In 1975 Don was appointed Director of the City of Boston Youth Activities Commission which was responsible for juvenile crime prevention and coordinating safety and security plans relative to the implementation of the Boston School desegregation initiative. During his tenure at the YAC Don had oversight of twelve Youth Resource Centers and over 120 youth workers throughout the city. Don's administrative skills and fundraising expertise helped create numerous resources for the youth of Boston in the areas of recreation, education and employment. During the Blizzard of 1978 Don mobilized his team of youth workers to play a major role in the distribution of food, water and medicine to the elderly and handicapped. In 1978 Mayor White appointed Don as Director of City of Boston Public Facilities Department, where he had responsibility for all major city construction projects during the difficult years of Proposition 21/2. During his tenure, he created the Boston Municipal Police Department in 1979 to deal with rising incidents of vandalism, arson and theft of public property. Over its 27 years of operations the Municipal Police saved Boston residents millions of dollars through a comprehensive system that protect City assets; in 2007 the Boston Municipal Police merged with the Boston Police Department. In his years following his work for the City, Don served as Deputy Director of the Division of Employment and Training under Michael Dukakis, and then returned to one of his first and greatest loves, teaching high school and working with students. For ten years he worked at Boston's Jamaica Plain and Charlestown high schools, leading groups of students in projects teaching government, public service, and leadership skills. He brought groups to Washington, DC as part of the Close-Up Washington program, and on trips around New England in partnership with Thompson Island Outward Bound Education Center, which perfectly combined his love of the outdoors with his love of the city and its people. Always he considered these years to hold some of his greatest achievements, and even as Parkinson's made it difficult for him to speak, he would talk about "his kids" and their trips to Washington D.C., rock climbing, night trips in inner-city Boston, winter camping, dog sledding, and rowing and camping on the Boston Harbor Islands. Don's family will hold visiting hours at Mann-Rodgers and Commonwealth Funeral Home, 44 Perkins St., JAMAICA PLAIN, 02130 on Saturday, January 24, from 3:00 to 7:00pm. Funeral services will be private. In lieu of flowers, donations in Don's name may be made to the Hurricane Island Foundation, P.O. Box 1280, Rockland Maine, 04841 (hurricaneisland.net), or to Bridge Over Troubled Waters, 47 West Street, Boston, MA 02111

(http://www.bridgeotw.org).
Published by Boston Globe from Jan. 20 to Jan. 23, 2015.
To plant trees in memory, please visit the Sympathy Store.
MEMORIAL EVENTS
Jan
24
Visitation
3:00p.m. - 7:00p.m.
Mann-Rodgers and Commonwealth Funeral Home
44 Perkins St., JAMAICA PLAIN, MA
MAKE A DONATION
MEMORIES & CONDOLENCES
15 Entries
I got to know Don very well as I was one of his students at the outward bound program. I had a wonderful time getting to know him and all his adventures. He was a great person to know and I was glad to call him my mentor but more to call him a true friend. Rest easy my friend and god bless and thanks for all you taught me. Derek William's
Derek WILLIAMS
May 26, 2020 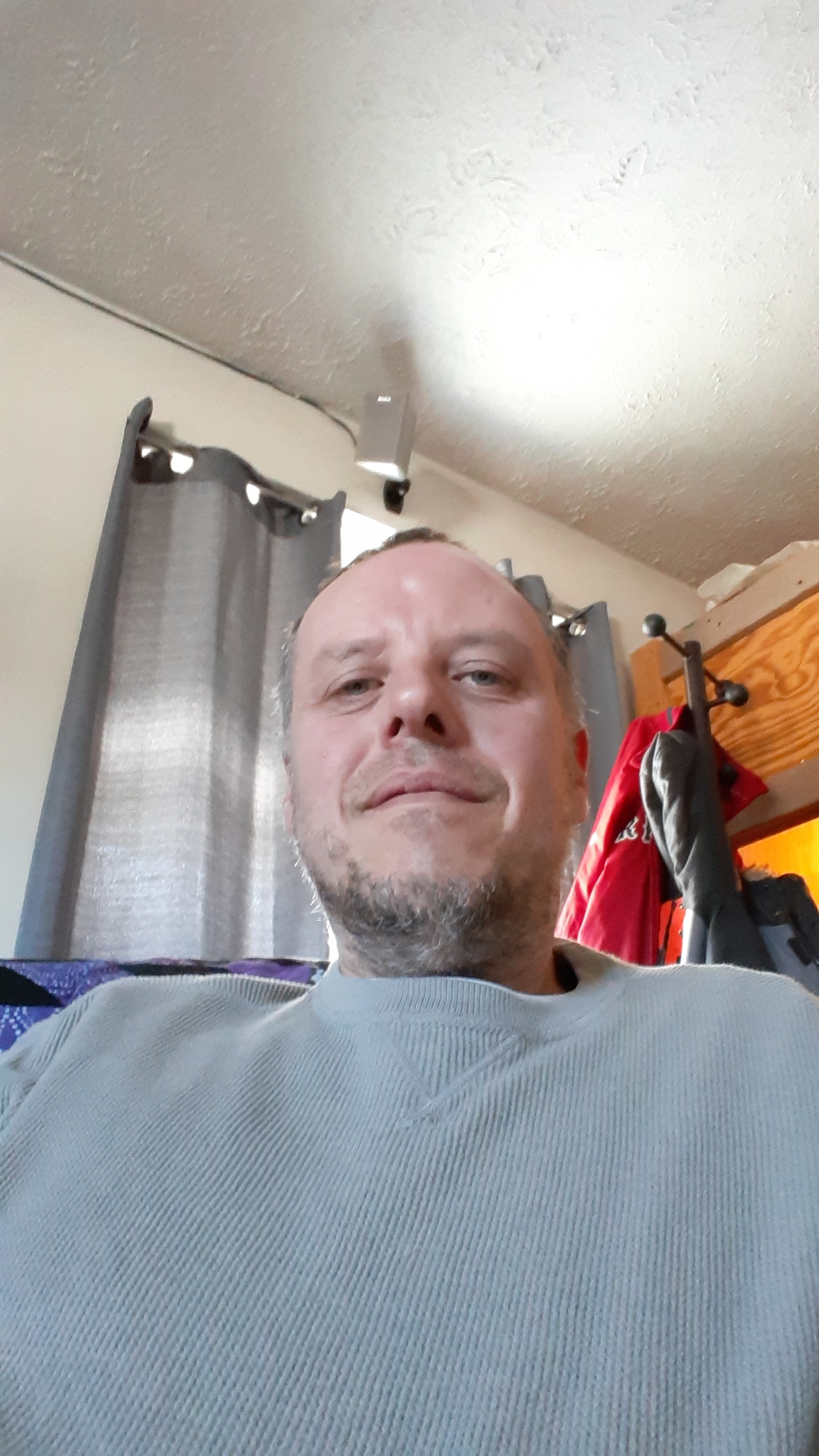 Don, may you rest in peace my friend. Today is March 16th 2019, and I just learned of your passing. I remember going to Thompson's Island back in 1990 with the Outward Bound program, you are a good friend and a great teacher. You will always be in my thoughts and prayers. Leah family rest easy knowing that you are a great great man. I will miss you, always grateful, Paul Corley.
Paul Corley
March 16, 2019
Just saw this. I foundly remember Mona, Alan, and Don from when I was eight years old and they lived in the corner house on East Mifflin and Fourth Street in Madison, Wisconsin. Don was my best friend. It looks like he had a wonderful life. My condolences to the Manson family.
Edward Bouchard
May 14, 2016
I am very happy to say that it was a privilege to have known Mr. Donald Manson. He has had an major impact on me. Thanks Mr.Manson for all that you have done and will continue to do as we share what you have taught us with others.
William J. Kilgoe Jr.
January 19, 2016
I can truly say you are a true G.O.A.T (Greatest Of All Time) Thank you for everything you did for us. Class of 1993
Gerald Martinez
January 19, 2016
Mr. Manson, thank you for everything. You were truly an Angel long before the gates of heaven opened up for you.
Gerald Martinez
January 19, 2016
Don was such a supportive presence at Charlestown HS guiding the students through new experiences and projects inside and outside the classroom. It was a pleasure to know him. My deepest condolences to the Manson family.
G.Leong
January 25, 2015
My deepest sympathy to the Manson Family. I worked with Don at Charlestown High--he was one of the most caring and professional people I had the pleasure of working with. Your loss is heaven's gain. Sincerely, Betty Correia
January 24, 2015
Dear Carolyn, I have known you since we (illegally) picked pink flowers during WWII meant for the heroes fighting in the war. May those precious flowers now go to the memory of your husband Don. We met again in Boston in 1963 or so for dinner, along with Peter Conley, my then husband. Don has done so much for Boston, but he could not have done it without you. My sincere condolences to you and your family.
Your childhood friend,
Camilla Haugen (Conley) Cai
January 23, 2015
Sincere condolences to the Manson family. Don was such a wonderful man. He did so much for the kids at Charlestown HS, and he always made himself available to support the staff. I feel so privileged to have known him and to have worked with him. RIP
J Thom
January 23, 2015 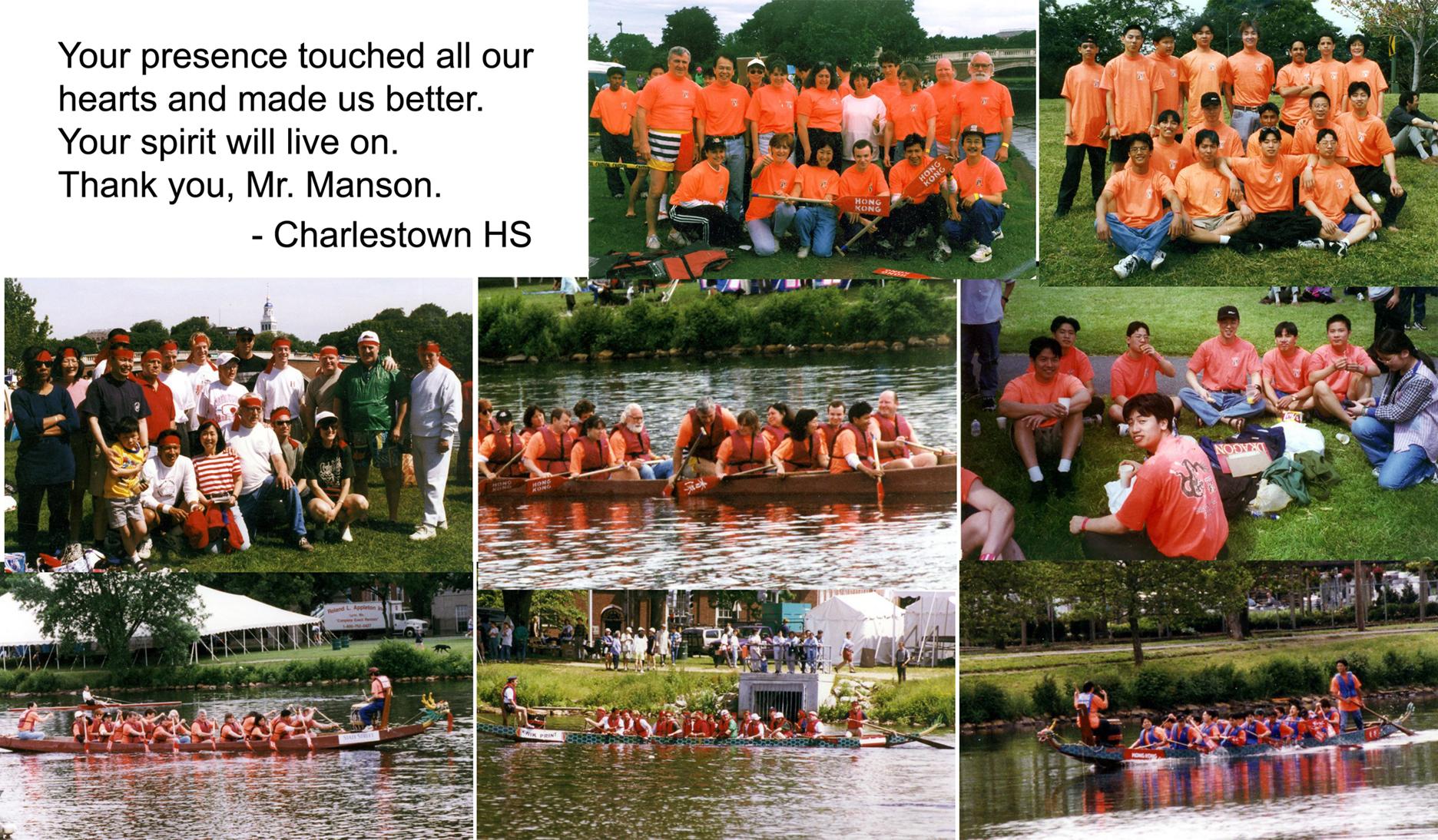 January 23, 2015
My sincere sympathy to all of the Manson family on the loss of a very fine man. Roger always spoke fondly of his summers in Wisconsin with his first cousins when they were children.
Barbara Bowker
January 23, 2015
My dear Manson family: as you know without Don's help and support, I would not have graduated magna cum laude from UMB. Don was my guiding angel and hero.
Hope Schein
January 22, 2015
Unknown to me, this man's work had a positive effect on my life as a “bus kid” in racially divided Boston, and an “inner city kid” experiencing youth enrichment opportunities like learning to ski: A life well lived. Thank you.
Elizabeth Cole Sheehan
January 22, 2015
Cindy, Tim, Carolyn, John, and the rest of the extended Manson family, I am so very sorry for your loss. I know through Cindy's stories and through meeting him that Don was a wonderful person who will be sorely missed. Know that he was a person who made a huge difference in the world, something I hope I can say after a long life well lived. Thinking of you with much love.
Amanda Sprochi
January 21, 2015
Showing 1 - 15 of 15 results