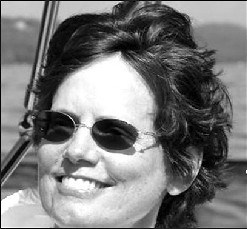 FUNERAL HOME
Lane Funeral Service, Inc
760 Main Street
Winchester, MA
NELSON, Frances Mary Winston 66, of Winchester, MA, died at home surrounded by her family on Tuesday, September 24, 2013, after a long battle with choiroidal melanoma. A brilliant and beautiful mother, wife, daughter, sister and teacher, she leaves behind her husband, Jerry, daughters Sarah and Anne, mother Frances Rome, brothers Cooper and Perry Winston, and sister Nancy Rome, as well as many beloved nieces and nephews. Mary was born in Washington, DC, and grew up in Baltimore, where she attended the Bluebird School and Garrison Forest. After majoring in government at Harvard (class of 68), she planned to work for Robert Kennedys presidential campaign, but after his assassination found herself turning towards a new career in teaching. She worked for two years as an elementary school teacher in East New York, Brooklyn, and for a year in Milton, Massachusetts. Seeking to distinguish herself in a less typically female profession, she returned to Harvard and received her law degree in 1974. She went on to become the second female partner at Hill and Barlow in Boston, where she focused on corporate law. After nearly twenty years of law practice, she decided to follow her heart back into the classroom, and she returned to teaching as a volunteer reading and math teacher at Tobin Elementary School in Cambridge, where she served until 2012. At the end of each school day, she returned home to tutor neighborhood children for several hours each afternoon, helping countless young people learn to read and conquer the multiplication tables. Her boundless curiosity explored subjects from colonial history to animal husbandry, and she shared her wealth of knowledge with her students and family alike. When she wasnt teaching, Mary was a passionate gardener, starting with three beautiful apple trees in her front yard and eventually extending to a farmhouse on the Saco River in Maine that she and Jerry purchased in 1977. Marys summer vegetable garden provided the house with sweet corn, beans, and tomatoes, while her beautiful flowers bloomed all summer and fall. She spent most of the summer and nearly every weekend in Maine, working on her ever-expanding flower garden. When she died, her family gathered to scatter her ashes on the Saco and to celebrate her life in the place she loved best. Mary will be remembered in a memorial gathering at Harvards Loeb House on her birthday, October 17, from 2-6pm. In lieu of flowers, donations in her name may be made to CitySprouts, an organization that builds teaching gardens in Cambridge elementary schools (citysprouts.org). Arrangements under the direction of Lane Funeral Home WINCHESTER. Winchester-Burlington 781-729-2580 www.lanefuneral.com
To plant trees in memory, please visit our Sympathy Store.
Published by Boston Globe from Oct. 1 to Oct. 2, 2013.
MEMORIAL EVENTS
Oct
17
Memorial service
2:00p.m. - 6:00p.m.
Harvards Loeb House
, MA
Funeral services provided by:
Lane Funeral Service, Inc
MAKE A DONATION
MEMORIES & CONDOLENCES
1 Entry
May the God of all comfort, comfort you as you move forward during this grieving process. With my deepest sympathy.
October 12, 2013
Showing 1 - 1 of 1 results