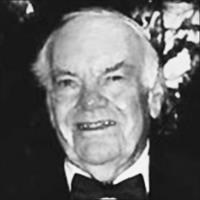 BORN
1936
DIED
2021
ABOUT
Deerfield Academy
LAWLER, Francis J. Age 85, of Billerica, MA, and longtime resident of Winchester, MA, passed away, surrounded by his family, on Sunday, November 14, 2021. Fran was born on April 5, 1936 to Mary Forrest Lawler and Francis Joseph Lawler in Greenfield, MA. Fran attended Holy Trinity School in Greenfield, MA and graduated from Deerfield Academy in 1955. Fran went on to graduate Cum Laude from Amherst College, where he was a member of Alpha Delta Phi. He then attended Boston College Law School, where he was the editor of the Law Review, graduating in 1962. He served as a law clerk for the Honorable Paul C. Reardon, Chief Justice of the Superior Court of the Commonwealth of Massachusetts. In 1963, Fran became an associate at Peabody & Brown in Boston MA, and in 1970, he was made a partner. He worked there for his entire career until he retired in 2007. Fran was married to Mary Lawler, also from Greenfield, MA. They were married for 58 years, and she was the love of his life. They had three daughters together. As a young man, Fran was an accomplished athlete, running track and playing basketball in high school and college. He was a loyal fan of all Boston sports teams. Fran was also a lover of crosswords, logic problems, and was famous for his Thanksgiving trivia quizzes, Most importantly, Fran was the patriarch of an extended family that adored him. He was happiest when he was surrounded by his wife, children, their grandchildren, nieces, nephews, siblings, and all of their significant others. Fran is survived by his wife, Mary, his three daughters, Jenny Lawler, Meg Lawler and Joanna Moran, and his brother Bob and sister-in-law Judy Lawler. He has five grandchildren, Samuel and Benjamin Harding, Isaiah and Isabelle Donovan and Lyla Moran. He was preceded in death by his parents as well as his beloved sister Nan Lawler. A Memorial Service will be held at 11:30 AM on December 4th at the Unitarian Universalist Church located at 478 Main Street in Winchester, MA.

Published by Boston Globe from Nov. 18 to Nov. 21, 2021.
To plant trees in memory, please visit the Sympathy Store.
MEMORIAL EVENTS
Dec
4
Memorial service
11:30a.m.
Unitarian Universalist Church
478 Main Street, Winchester, MA
MAKE A DONATION
MEMORIES & CONDOLENCES
6 Entries
Remembering your hospitality many years ago and sending condolences and prayers for comfort. With deepest sympathy, Steve and Cheryl Morrell
Steve and Cheryl Morrell
Family
November 27, 2021
Meg, Mary and Family- I'm so sorry for the loss of your beloved Fran. I'm sending your family so much strength and love at this time. I hope you find comfort in each other. Love, Toni
Toni Ciaccia
November 22, 2021
Fran will be missed by all especially by his Law School Classmates where he was known as The Minister. Rest in Peace
Bruce Balter
November 20, 2021
I am so very sorry for your great loss. Lots of hugs and prayers through this time. Joanna big hugs.
Becky Ennis
November 19, 2021
A long and accomplished life. A legacy of love and laughter
Mary Ellen Mackin
Family
November 18, 2021
Fran was one of the kindest people on this planet. He took care of a difficult divorce situation for my daughter. Mary and Fran welcomed our 4 children into their house and hearts. We loved him truly and know he is in heaven.
Susan Kaup and Paul Kelley
Friend
November 18, 2021
Showing 1 - 6 of 6 results