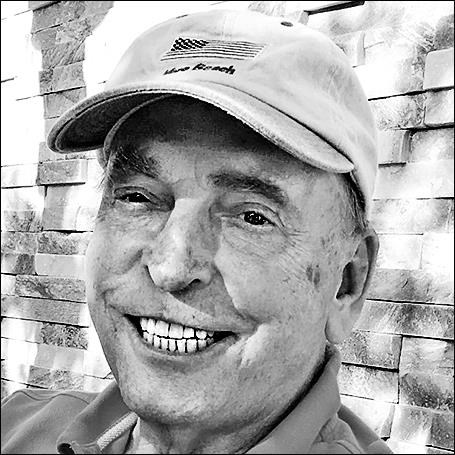 FUNERAL HOME
Ginley Funeral Home
131 Main Street
Franklin, MA
WRIGHT, Frank "Mike" Of Franklin, age 88, passed away on July 4, 2020 with his wife Alice at his side. Mike was a devoted husband, father, grandfather, uncle, brother, and friend. He was preceded in death by his first wife, Marilyn (Kazeta), the mother of his children.

Mike loved life and loved his family. He grew up in Arlington. He often talked about what a wonderful upbringing he had with his many friends, especially his younger brother Alan. One of his fondest memories was being part of the hockey team at Arlington High School when they won the New England Championship. After high school, Mike attended the University of Massachusetts graduating from The Stockbridge School of Agriculture with a degree in Horticulture and Arboriculture. Mike worked for the Town of Arlington his entire career. Starting in the tree department Mike became the Director of Properties and Natural Resources where he was responsible for the maintenance and wellbeing of the town's schools and public buildings, parks and cemeteries. Mike was a dedicated servant to the Town of Arlington for over 50 years. He was a lifetime member of the Massachusetts Tree Warden Association and served as president for several years.

Mike was an avid sports fan following all of the Boston sports teams throughout his life. He cherished doing things he loved with the people he loved. Upon retirement Mike spent time learning new things. One example is skiing which he started at age 65 and excelled at for the next 10 years at his vacation home in Maine and also in the Rocky Mountains.

He met his wife Alice in 1998. They were devoted to each other and had a beautiful life.

A celebration of Mike's life will be held at a later date.

Arrangements are under the care of the Ginley Funeral Home of FRANKLIN. www.ginleyfuneralhomes.com
Published by Boston Globe from Jul. 7 to Jul. 8, 2020.
To plant trees in memory, please visit the Sympathy Store.
MEMORIAL EVENTS
To offer your sympathy during this difficult time, you can now have memorial trees planted in a National Forest in memory of your loved one.
Funeral services provided by:
Ginley Funeral Home
MAKE A DONATION
MEMORIES & CONDOLENCES
2 Entries
In addition to his other talents, Mike was one of
the best dancers. My sisters and I always looked forward to seeing him at weddings and other gatherings and asking him for a dance. We were so happy when he met the beautiful Alice. They had so many wonderful years together.

Barbara Howard Potter
July 11, 2020
RIP, Mike. I have such fond memories of Mikes huge smile as he shook his head trying to figure out little sister Rita and her friends sudden outbursts of laughter or sad attempts at harmonizing. Mike was always one of the good guys. Jim joins me in sending our deepest sympathy to Alice, Alan, Rita and the entire family. Mikes was a life well lived. Carina
Carina Logue
Friend
July 8, 2020
Showing 1 - 2 of 2 results