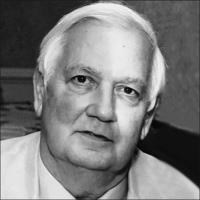 BORN
1937
DIED
2022
ABOUT
Brighton High School
FUNERAL HOME
William J. Gormley Funeral Home
2055 Centre Street
West Roxbury, MA
TICE, Grant J. "Tic" Jr. Of West Roxbury, passed away peacefully on Sunday, January 9, 2022, at the age of 84. Grant was a resident of the German Centre in West Roxbury. Born in 1937 and raised in Roxbury, Grant was a 1956 graduate of Brighton High School, where he met his best friend and wife of 50 years, the late Patricia "Pat" F. (Logan) Tice. He was also the captain of both the Football and Track teams. Grant was a longtime employee of Damon Clinical Labs in Westwood and was a staple in the West Roxbury community due to his 40 years of employment at Star Market Deli Department. Grant was a member of the Regular Army 101st Artillery Unit and the Army National Guard, being honorably discharged in 1962 where he attained the rank of Staff Sargent. In his spare time, Grant was an avid New England Patriots fan and enjoyed taking an annual cruise to Bermuda with Pat in their later years. Grant was often the life of the party and relished telling "dad" jokes that have been passed on to future generations in the family. A tireless worker who put everyone and everything above himself, he will be sorely missed by his family and friends. Frequent visitors to Foxwoods, Grant and Pat can resume the path to hitting it big on the slots now that they are reunited in Heaven. Grant was the devoted father of Grant J. III, "Gary" Tice and his wife Karen of Plymouth, Cheryl E. Lenzi and her husband Mark of Franklin, and Scott T. Tice and his wife Tricia of Norwell. Survived by his sister Nancy Ekholm of Reno, NV. Preceded in death by his brothers James Faltin of Houston, TX, and Charles Faltin of Hanson. Loving grandfather of Kourtney Kampanellas and her husband Michael, Nicole Lenzi, Kelly Tice, Chris Lenzi, Jack Tice, Ella Tice and Ava Tice; and great-grandfather of Simi Kampanellas. Also survived by several nieces and nephews. Visiting Hours will be held on Thursday, January 20th from 3-7 PM at the William J. Gormley Funeral Home, 2055 Centre Street, WEST ROXBURY, MA 02132. Funeral from the William J. Gormley Funeral Home on Friday, January 21st at 9 AM, followed by a Funeral Mass in St. Theresa Church, 2078 Centre St., West Roxbury, MA 02132 at 10 AM. Interment St. Joseph Cemetery. In lieu of flowers, please consider sending a donation in Grant's memory to The Michael J. Fox Foundation, P.O. Box 5014, Hagerstown, MD 21741-5014. https://www.michaeljfox.org . For directions and guestbook gormleyfuneral.com William J. Gormley Funeral Service 617-323-8600 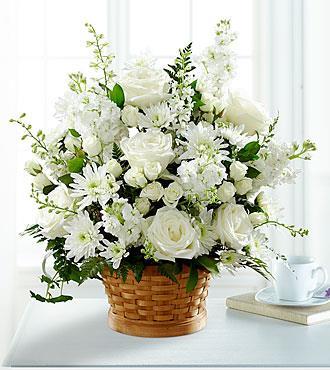 Star Market West Roxbury
January 19, 2022
I miss you so much .. what a privilege it is to be your daughter .. thank you!!! I hope you are running in the wind now .. you are free
Cheryl Lenzi
Family
January 17, 2022
Dear Grant Family, So sorry for your loss. Grant was a great man, so kind, gentle, and funny. I worked with him in the deli in West Roxbury when it first opened. It was my first job and Grant made it so much easier and fun to learn about going to work every day. He would always be so proud when your Mom or any of you came into the store to shop. Always a smile on his face. God Bless Grant and the Tice Family.
linda baldwin-lyons
Work
January 15, 2022
I worked with your dad for many years at Star market we had so many laughs together in the years!! I still work at Star got transferred out of West Roxbury a while ago but always remember your dad prayers for his family
Kathy
Work
January 14, 2022
Ordered many pounds of Ham and Cheese from this kind Deli Man. RIP
chris
January 14, 2022
I worked with Grant at Star 139 (Produce) in the 70's. We worked many of the same shifts, especially Saturday nights. We would leave the store at 12:10 Sunday morning and Grant would head for home. I was the dumb one. I made it home around 3:15. Grant was a class act.
John Flaherty
January 14, 2022
Sorry for your loss, he was a nice man. Always had a good chat while at the deli.
Mary
January 13, 2022
Showing 1 - 7 of 7 results