HAROLD B. DONDIS
FUNERAL HOME
Brasco & Sons Memorial Chapels
325 Trapelo Road
Belmont, MA
DONDIS, Harold B. Of Belmont, MA, passed away December 10, 2015. Beloved husband of Claire Louise Dondis. Son of the late Joseph and Ida (Povich) Dondis and brother of the late Meredith Dondis of Rockland, ME. Brother-in-law of Esther Dondis of Rockland, ME, and the uncle of Jo Dondis of Camden, ME and Lynn Dondis of Washington, DC. Born in Rockland, Maine, he was educated in Rockland Public Schools. Mr. Dondis graduated from Bowdoin College and Harvard Law School. He practiced law and became a senior partner at Rich, May in Boston for his entire legal career. He was also general counsel for the Algonquin Gas Transmission Company for many years. Mr. Dondis had a great interest in the game of chess and founded the U.S. Chess Trust. This Trust became the charitable arm of the U.S. Chess Federation. He wrote the chess column for the Boston Globe for 50 years. Relatives & Friends are respectfully invited to attend Visiting Hours in celebration of Harold's Life in the Brasco & Sons Memorial Chapels, 325 Trapelo Rd, BELMONT, on Wednesday, Dec. 16th from 3 - 7 p.m. Donations may be made in his memory to the Rockland Public Library, Rockland, ME 04841 or the Boylston Chess Club, Suite B101, Norris St, No. Cambridge, MA 02140. For complete obituary, guest book & additional information please refer to;

"Creating Meaningful Memories"
Published by Boston Globe from Dec. 12 to Dec. 13, 2015.
To plant trees in memory, please visit the Sympathy Store.
MEMORIAL EVENTS
Dec
16
Visitation
3:00p.m. - 7:00p.m.
Brasco & Sons Memorial Chapels
325 Trapelo Road, Belmont, MA
Funeral services provided by:
Brasco & Sons Memorial Chapels
MAKE A DONATION
MEMORIES & CONDOLENCES
18 Entries
I could not help but think of how Harold would have reacted to the newly circulated Chess Movie..."The Queens Opening...." and the wonderful insights that it provided to the chess player's mind and spirit. I think Harold would have been very pleased...by all the fuss being made about that movie and chess players....I still think , however, that Harold should be remembered for having the best legal mind ....in addition to his Chess fame.
Nick Kensington....a former Law Partner and understudy. 12.07.2020
Nicolas Kensington
Coworker
December 7, 2020
Please accept my deepest sympathies.
Helen McDonald
December 24, 2015 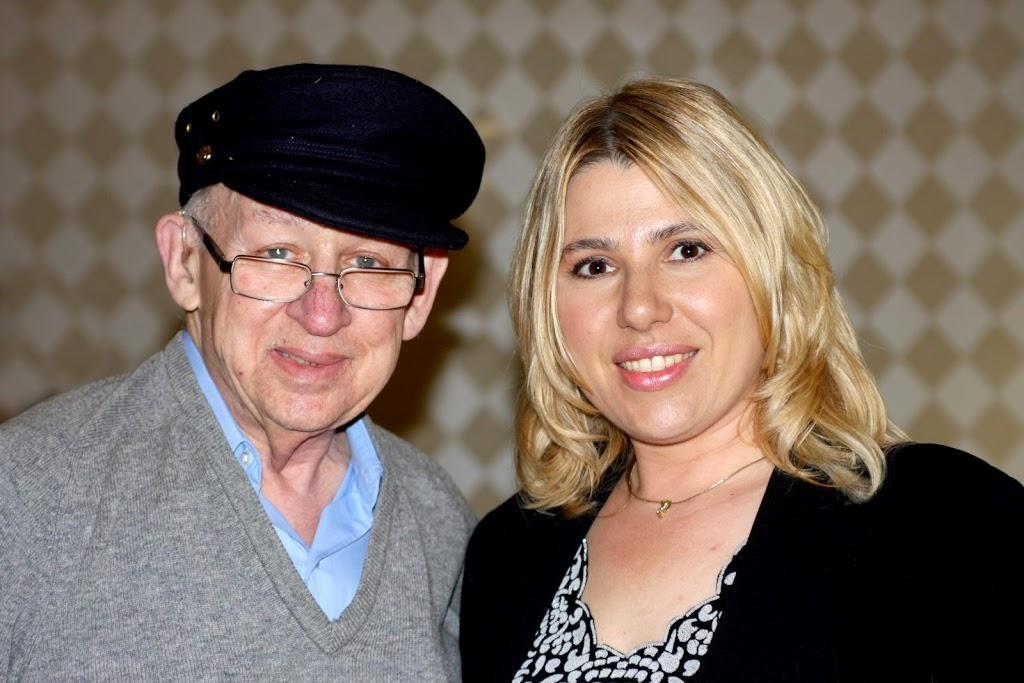 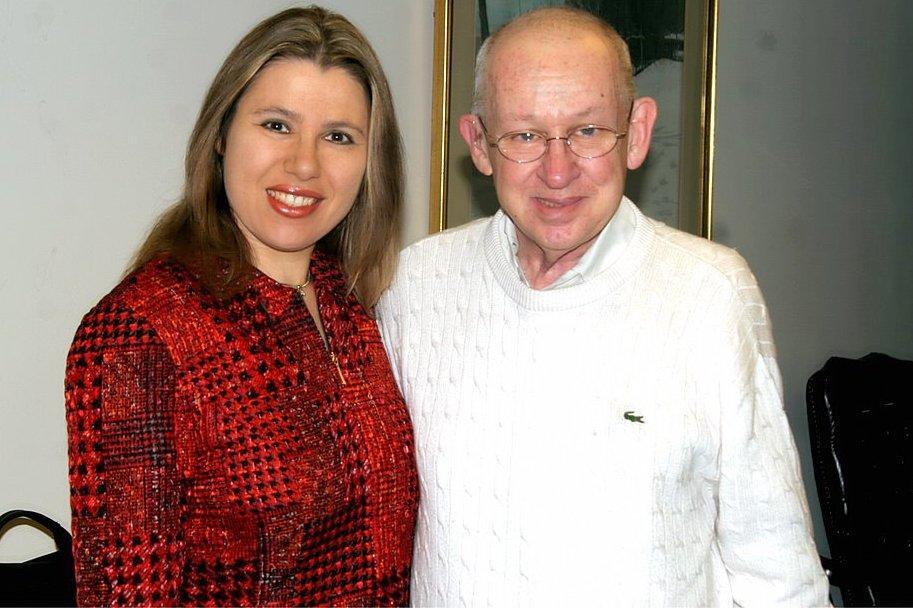 Susan Polgar
December 16, 2015
As a New York attorney, I only spoke with Harold on limited ocasions. However, my brother Nick Kensington considered Harold one of his smartest law partners. Harold was the "go to" lawyer for the hardest and most difficult matters. Nick always said that Harold can figure this out. Harold can think this out., etc. Harold almost always did!Harold... You will be missed but never forgotten Costa KensingtonAnderson Kill. New York City
Costa Kensington
December 16, 2015
The dunham family sends our sympathy on loss of such a special man to his family and belmont.
December 15, 2015
Harold hired me as Rich May's first woman attorney in 1978. I will always remember him as a kind soul, who was brilliant and wonderfully eccentric, with a sly sense of humor! He was one in a million.
Carol Kirchick
December 15, 2015
I worked with Harold Dondis at Rich May continuously beginning in 1981, after I graduated from law school, through the afternoon of the day he died. Harold was an exceptional friend, lawyer and legal mentor. I found many of his legal ideas truly visionary and, in the area of extending immediate possession concepts to interstate pipelines and federal court proceedings, I was fortunate enough to collaborate with Harold in making one of his visions come true. Harold Dondis will be truly missed by the legal community, the lawyers and staff at Rich May and me.
Jim Behnke
December 15, 2015
Harold Dondis hired me as Rich May's first woman attorney in 1978. I will remember him as a kind soul, who was brilliant and wonderfully eccentric, with a sly sense of humor. Harold was one in a million.
Carol Kirchick
December 15, 2015
I have known Harold for over 30 years at Rich May. As a first year associate many years ago, I came in on a Saturday to continue to do research on a particularly complex (for me) issue. Prior to that Saturday I had probably done over 10 hours of research. Harold was also in on that Saturday & asked me what I was working on. I told him and then off the top of his head Harold mentioned the 3 seminal cases I had just recently found and also from memory criticized the legal reasoning in one of the cases. (By the way, this research was not in an area of Harold's expertise). I went home that night and told my wife that there was one amazingly brilliant attorney at Rich May. But rather than his brilliant legal mind, Harold should be remembered as a kind and generous soul. I am extremely proud to have called him my partner and friend.
Stephen Kane
December 15, 2015
I had the privilege of working with Harold for more than a decade at Rich May. He was erudite, analytical, a beautiful writer, warm, and wickedly funny. Every time I walk into our "Harold Dondis Memorial Library," I'll be reminded of him and smile.
Frank Gaeta
December 15, 2015
Mr. Dondis (used as a term of affection and respect) was a legal giant and an amazing partner. I learned so much from him. I treasured his wisdom and confidence. His humor and gentle, kind nature permeated our office and made us all better. I will miss him and was blessed to work with him for 29 years.
Emmett Lyne
December 15, 2015
I knew Harold from my days in MA. Had the pleasure of playing him once. Truly a gentleman and a wonderful person who did so much for chess. I met him again at the US Senior Open in FL and was able to chat with him. He will be missed.
Paul Tomaino
December 15, 2015
And boy could he cut up a rug in his day!
December 15, 2015
Harold wrote an interesting and sometimes provocative chess column for five decades. He made many generous contributions to chess through his pioneering work with the U.S. Chess Trust, U.S. Chess Federation, Massachusetts Chess Association, and the Boylston Chess Club. Harold had a real love for chess, particularly his favorite Petroff's Defence, and he was always a tough player to beat. Harold left on his own terms playing the game he enjoyed. He will be greatly missed by everyone in the chess community who had the good fortune to have met him.
James Rizzitano
December 14, 2015 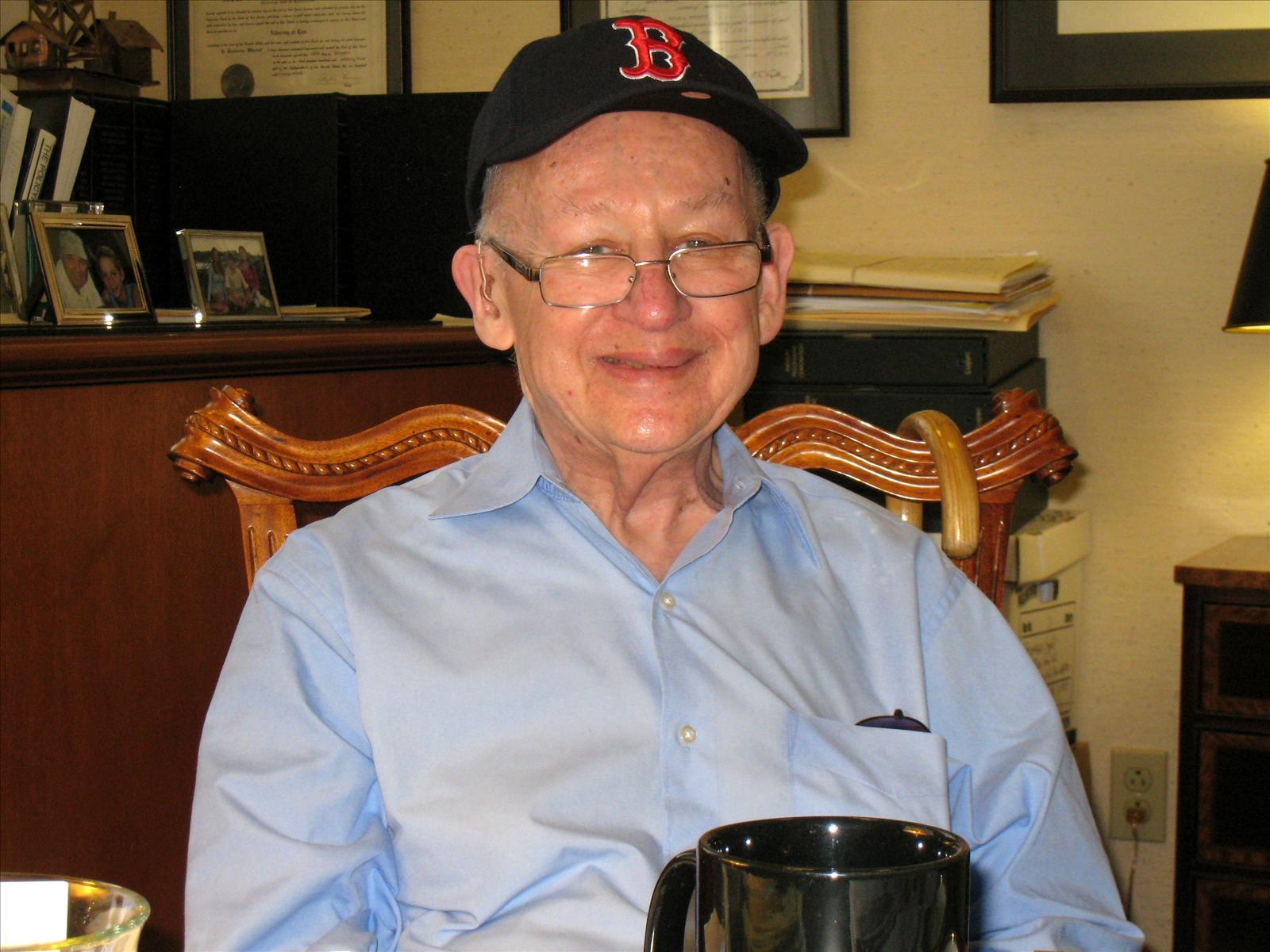 Harold was the most brilliant Attorney of all. Harold worked continuously at our Boston law firm of Rich May for 71 years. Harold hired me and we worked together for 41 years. We never had an argument. Harold loved the practice of Law; and we studied and researched the law together through many legal battles and legal wars. Even at age 93, when Harold issued a legal opinion it was accepted within the Firm as legal gospel. Harold was working on a complex legal research assignments for our Firm until within hours of his death. Rich May will not be the same without our Harold.
Nicolas Kensington
December 14, 2015
Harold Dondis was passionate about chess. His contributions to the royal game were unmatched. He wrote a chess column for the Boston Globe for more than 50 years (1964-2015), made generous donations to the Massachusetts Chess Association, the U.S. Chess Federation and the Boylston Chess Club, among others, over the past half century. He will be sorely missed by all those who knew and respected him. May the "Dean of New England Chess Journalists" rest in peace.
George Mirijanian
December 13, 2015
I knew Harold through chess. We played at least twice. He had a wonderful attitude toward chess, loving the play more than the result. Getting older, he played through it all. He was a competitor with a gentle soul.
Kate Gasser
December 13, 2015
Showing 1 - 18 of 18 results