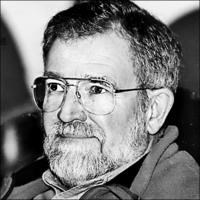 BORN
1929
DIED
2017
GODDARD, Rev. Homer A. "Jerry" III Jerry was born on October 29, 1929 and grew up in Pittsburgh, PA. He graduated in 1952 from Denison University, and in the following year he married his beloved wife Margaret "Peg" Goddard. After serving in the U.S. Army as an artillery officer, Jerry worked for the next 17 years for Alcoa. Following a lifelong call to the ministry, he and Peg moved their three children to Berkeley, CA where Jerry graduated Starr King School for the Ministry earning M.Div. in 1975. Rev.Goddard was ordained January 9, 1976 at First Parish of Sudbury MA discovering ancestral connections to many town founders and to Israel Loring, 1700 minister of First Parish. Jerry served churches in Springfield MA and Poughkeepsie NY retiring there as Minister Emeritus in 1996, continuing interim ministries in New Zealand, England, Australia, South Africa, St.JohnUSVI. Throughout life Jerry was fiercely devoted to human rights and social justice. In late 60's he founded Philadelphia's drug counseling center Daemion House, joined the 1963 March on Washington, was also an organizing member of Religious Coalition for Reproductive Choice, served on boards of MA and Northern New England Planned Parenthood for almost 30 years, served as plaintiff in U.S. Supreme Court case Kendrick v. Bowen in l988, served on National Steering Committee of Americans United for Separation of Church and State, and activist for ACLU since l963, board member since 2005. In his spare time, Jerry loved skiing, hiking canoeing, and snorkeling. He also greatly enjoyed reading, perusing used book stores, and collecting old religious books. Jerry was a scholar of western religions and a lecturer on Islam and Judaism. Later as a docent through the UNH on local history he offered lessons and plate tectonics, and worked with his local immigrant community as an ESL teacher. And he deeply loved traveling the country and the world with his family, most especially with "the love of his life" Peg; the two companions backpacked for three months throughout the Middle East in their sixties and explored Southeast Asia in their seventies. He is survived by his wife of 64 years Margaret Goddard; children Linda Goddard (Spencer Amesbury), Kirk Goddard (Kathy), and Jan Goddard-Taylor (Mark Taylor); and grandchildren Will Amesbury, Elena Goddard-Amesbury, Lauren Withers, Eliza Goddard, and Isabella Goddard-Taylor. In lieu of flowers, donations may be made to the American Civil Liberties Union and to Planned Parenthood. Visiting Hours: A Memorial Service will take place at 11am on Saturday, November 18 at First Parish in Concord, 20 Lexington Rd, Concord, MA 01742, following which guests are invited to gather with the family in the Parish Hall.