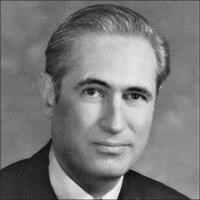 BORN
1931
DIED
2021
ECKER, Dr., Howard M. Howard Malcolm Ecker, MD, 90, of Brookline, passed away Monday, September 13, 2021 in the hospital care of the Dana Farber Cancer Institute. Born in Worcester, Massachusetts in 1931, he was the son of William H. and Celia R. Drooker Ecker. His brother was the late Donald A. Ecker. Howard graduated from Worcester Academy and then Harvard College in 1953. He attended two years of Harvard Dental School, followed by two years of active-duty service in the Naval Medical Corps. He graduated from Tufts University Medical School in 1960. After a surgical internship at Boston City Hospital, he completed a general surgical residency at the Beth Israel Hospital in Boston and finished his training in plastic surgery at Mount Sinai Hospital in New York, 1964-1967. Dr. Ecker opened a private practice in Brookline in 1967 as the 20th plastic surgeon in Boston, and the first to use a bipolar coagulation machine. He later had offices in Boston. He practiced at the Massachusetts Eye & Ear Infirmary and at the Sancta Maria Hospital for 45 years. He was regarded by his colleagues as a fierce advocate for patients, a surgeon of great technical skill and aesthetic judgment, and a demanding, but beloved, surgical teacher. Howard served two years as the President of the Norfolk District Medical Society. He worked diligently for many years on various committees of the Massachusetts Medical Society, including the Committee on Publications and, served at the Boston Medical Library as a Trustee. He was an amateur lapidary and jeweler, and an avid collector of natural materials in which he found great beauty including mineral specimens and stones, particularly agates, and seashells from around the world. Many of his happiest days were spent at rock shows, exploring caves and geological outcrops, and beachcombing. He often attended the Tucson Gem and Mineral show. He was a loyal member of the Harvard Club of Boston. Howard followed his father as a Freemason in Massachusetts for some 68 years, first in the Mount Scopus Lodge in Worcester and later in the Harvard Lodge in Boston. Howard was a devoted husband and father. He leaves his beloved wife of 59 years, Wendy Lipsey Ecker, and his children William L. Ecker and Lisa Ganz Ecker of New York, Dr. Heather L. Ecker of Dallas, Texas, Merrill L. and Daniel Theobald of Norwood, Dr. Robert D. Ecker of Portland, Maine, and his grandchildren Emily, Alexander and Sophia. In lieu of flowers, please consider making a donation in Howard's memory to the Harvard College Fund, Tufts University School of Medicine or the Massachusetts Eye and Ear Infirmary. www.brezniakfd.com

Published by Boston Globe from Sep. 17 to Sep. 19, 2021.
To plant trees in memory, please visit the Sympathy Store.
MEMORIAL EVENTS
To offer your sympathy during this difficult time, you can now have memorial trees planted in a National Forest in memory of your loved one.
MAKE A DONATION
MEMORIES & CONDOLENCES
2 Entries
Wendy, my loving thoughts to you and your family. I will always remember the times I spent with you and Howard at your home. He was a wonderful person, never to be forgotten.
Patricia Libbey
Friend
September 18, 2021
Sending sympathy to the Ecker family in your loss. I was sent to Dr. Ecker by Dr. Nicholas Fiumara back in the 80's. How lucky I was to have met Dr. Ecker! He got me through many facial skin cancer issues/surgeries. Have thought of him often through the years. May he rest in peace.
Camille DiPerri
September 18, 2021
Showing 1 - 2 of 2 results