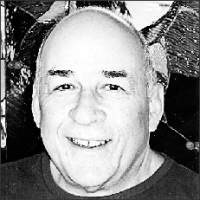 RITVO, James Meyers Cherished husband, father, uncle, brother, brother-in-law, and friend, passed away on August 10, 2011 of Montpelier, VT. All of us who loved Jim Ritvo, and there are many, will remember him as an exceptionally smart, compassionate, and delightfully funny man who approached the world with unshakeable kindness. No one can recall Jim saying a harsh word about anyone, with the exception of a few politicians, criminals, and the occasionally careless Patriot, Celtic, or Red Sox player. Jim's world centered on his adored wife Marjorie and their children Jesse and Molly. Their circle of consummate devotion is profoundly altered by their loss. The tremendous support of family and friends is gratefully acknowledged and will continue to be needed. Jim was born in 1946 in Newton, Massachusetts. He graduated from Tufts University and was awarded a Master's Degree in Urban Affairs from St. Louis University. His law degree was from Boston University College of Law. In 1975 he and Marjorie moved to Vermont and Jim began a thirty-year private law practice which specialized in helping families negotiate the legal system. His courtroom brilliance and his devotion to people in need merged with an antic but gentle sense of humor and earned him the nickname of "St. Jim" in northern Vermont. Jim was the president and one of the founders of Woodbury College in Montpelier. His dedication to justice in law and in life attracted excellent faculty colleagues and set Woodbury College on its course toward providing educational, legal, and family services to its students and clients. Jim's life was always aimed toward fairness, whether in court or, later in life, in film. Many of us remember "132 Main," Jim's weekly show on local cable access TV. He interviewed, with charm and delicacy, many people who have contributed to the richness of our lives in Vermont. His documentary films include "One Family: An Ethiopian Adoption"; "The Red Wagon: Facing Hunger,"; "On the Edge: Holes in the Vermont Health Care Safety Net"; and several films about art and education in Vermont. Turning from practicing law to film, Jim felt that the elements of being a good lawyer - being able to tell a client's story convincingly to a judge and jury - were directly applicable to documentary film making. As deeply serious as his commitments were to the public good, Jim knew how to have fun. Sitting with friends and family at his dining room table, Jim told hugely entertaining stories. He celebrated his 40th birthday with a big party at a roller skating rink. He spent Sunday mornings walking, swimming, skiing, watching baseball games and developing elaborate baseball statistics, always in the company of family and often his three especially dear friends Steve Pitonyak, Peter Collins, and Bob Buchicchio. Jim was wise, patient, and calm, which made him an exceptional listener and mentor. In Yiddish there is the word "mensch" to describe the decency, honor, warmth, kindness, intelligence, and steadfast character that one finds only in people who are beloved. Jim was a mensch. His life has added to the sum of good in the world. A celebration of Jim's life was held at Beth Jacob Synagogue on August 12, 2011. People who wish to honor Jim's life by making a charitable donation might consider Beth Jacob Synagogue in Montpelier, Ohavi Zedek Synagogue in Burlington, the Vermont Food Bank, and Focus on Film in Montpelier. For those wishing to convey online condolences to the family, please visitwww.barber-lanier.com.

Published by Boston Globe from Aug. 20 to Aug. 21, 2011.
To plant trees in memory, please visit the Sympathy Store.
MEMORIAL EVENTS
To offer your sympathy during this difficult time, you can now have memorial trees planted in a National Forest in memory of your loved one.
MAKE A DONATION
MEMORIES & CONDOLENCES
7 Entries
Molly and Jesse, your Father left a lasting tribute to his legacy in You Both. You Both were the reasons that teachers keep teaching and retirees want to return to the Classroom. Your Dad made you model scholars and you made retiring so hard to do. You and your family gave me the Inspiration to stay on and the Wisdom to know when to move on. Your Dad did wonderful work in helping your Mom make you both who you are: Wonderful Memories.
Always, sincerely,
Mr. Goodrich
August 26, 2011
I met Jim when I was hired by the Youth Service Bureau when it first started in the early 1970's. JIm, I think, worked as a public defender and I met him through the diversion board. We both came from Newton. Through the years, when I was a guidance counselor at Harwood I would run into Jim on the streets of Montpelier. He had my wife as an intern when she went to Woodbury College. When we sold our house on First Ave and moved to the Corner of Hubbard and Park we saw Jim walking home on a regular basis. He was also our lawyer for the little things in life.

It was with great sadness that I heard of Jim's passing. I think of the word KINDNESS when I think of JIm. He was a person of substance and ethics and treated people with respect and importance. As far as I am concerned he will be thought of as one of those QUIET HEROS that made a difference!
Peter duMoulin
August 23, 2011
It was with shock and disbelief that I read of Jim's passing and then I was overcome with great sorrow for the loss of someone so wonderful. I first met Jim when I was a student at Woodbury and he taught criminal law, one of our homework assignments was to each write a motion on a pending case "to give the judge motion sickness!" But he was more than just a teacher/educator/mentor, he became a dear friend and was always happy to see me, even if just a brief passing by on the street. His light shone bright...
Penny Hannigan
August 22, 2011
I send my sympathies to family members. I remember setting up the auction with Jim so many years ago at the then Woodbury College. Jim was right there for everyone for whatever they needed a smile, a hug, a word of kindness, a joke to cheer them up!!!! He was a wonderful man. Such a large loss to family, friends and the community. Blessings be with the family.
S Smith
August 22, 2011
Marjie - We were so sadden to hear of Jim's death from Larry and Marcie.
It has been a very long time, but he is fondly remembered.
Best - Bob and Robin Elson
August 22, 2011
My Miami and Vermont family want to express our condolence for your loss. I wish I would have visites more often when I came to Burligton. Dr. Raquel Cohen,Miami
August 21, 2011
Molly..... So sorry for the loss of your father. Had the pleasure to have conversation with jim a few times over the years i spent in montpelier growing up. Will certaintly be missed!
clifton fleury
August 21, 2011
Showing 1 - 7 of 7 results