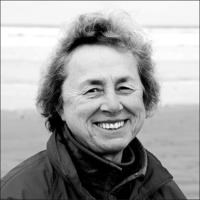 Published by Boston Globe from Aug. 13 to Aug. 14, 2021.
To plant trees in memory, please visit the Sympathy Store.
MEMORIAL EVENTS
Aug
21
Memorial service
11:00a.m.
Village Hill Cemetery
Williamsburg, MA
MAKE A DONATION
MEMORIES & CONDOLENCES
1 Entry
What a strong woman she was! As the spouse of the Headmaster at Deerfield Academy, she proved her mettle, patience, and strength. Her husband hired me (I was only one of seven women employed at DA at that time), so Janet was a role model for me. The last time that I spoke with her was during the dedication of David's portrait on campus. I was delighted that she was there. My sympathy to the entire family.
Claudia Lyons
August 18, 2021
Showing 1 - 1 of 1 results