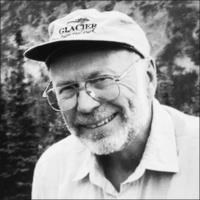 BORN
1932
DIED
2021
FUNERAL HOME
Bedford Funeral Home - Bedford
167 Great Road
Bedford, MA
GREEN, Jerome "Jerry" Age 88, formerly of Lexington, died June 30, 2021, at Lahey Hospital, Burlington, MA. He was born October 10, 1932, in Chicago, to Harold and Josephine Zielinski. Jerry was the first in his family to go to college and attended Northwestern University on a scholarship. He then received a fellowship from Harvard University where he earned a Ph.D. in Physics in 1959. While at Harvard, friends introduced him to downhill skiing, cross country skiing, hiking, and folk dancing, all of which became lifelong passions of his. He married Rosemary Hines in 1958, and embarked on a long career with Raytheon. He was a specialist in magnetics and conducted research essential to Raytheon's development of modern radar systems. He vacationed at Sandy Island Camp in Lake Winnipesaukee, NH, for many years where he served as the unofficial photographer of the 3rd and 6th weeks of camp. He was a longtime member of the Cannonball Ski Club, the Franconia Ski Club and the Snow Chasers Ski Club, all in New Hampshire. He started his children skiing at King Ridge and later enrolled them in the race program at Cannon Mountain. He led many weekend hiking trips to the White Mountains in NH, and was proud to instill in his children a love of outdoor activities. Later in life, Jerry met his longtime partner of 17 years, Kathy Halmi, a Professor of Psychiatry at Weill Cornell Medical College, on a Sierra Club hike in the Italian Dolomites. Jerry excelled at dancing and introduced Kathy to English Country Dancing. They often traveled together, with trips to Alaska and the Balkan countries being two of their favorites. He was passionate about cycling and hiking, and especially loved hiking in Nepal and the Grand Canyon. He is survived by his children, Paula Brown, Ken Green, Cathy Alexander, and Dave Green; by his grandchildren, Dylan Brown, Evan Brown, Nick Alexander, Ben Alexander, Elise Alexander, Curt Alexander, Mitch Alexander, Lincoln Green, and Theresa Green; and by his great-grandchildren, Ethan Brown, and Aubree Brown. A private memorial service will be held at a later date.

To plant trees in memory, please visit our Sympathy Store.
Published by Boston Globe from Jul. 19 to Jul. 25, 2021.
MEMORIAL EVENTS
No memorial events are currently scheduled.
To offer your sympathy during this difficult time, you can now have memorial trees planted in a National Forest in memory of your loved one.
Funeral services provided by:
Bedford Funeral Home - Bedford
MAKE A DONATION
MEMORIES & CONDOLENCES
0 Entries
Be the first to post a memory or condolences.