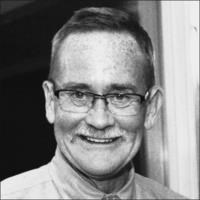 FUNERAL HOME
Keefe Funeral Home
2175 Massachusetts Avenue
Cambridge, MA
FLYNN, John "Jack" Of Watertown, formerly of Cambridge, passed away peacefully on Friday, May 7, 2021 after a brief illness. He was 63 years old. Born and raised in Cambridge, he later attended Malden Catholic High School and Merrimack College. Jack was the Town Clerk of Watertown, a position he proudly held for the past 26 years until his recent retirement. Jack was the former Deputy City Clerk and Principal Budget Analyst for the City of Cambridge and was a devoted public servant to the Commonwealth for 41 years. Jack enjoyed following and discussing local and national political races and was always eager to engage in political banter. Jack was a loyal Red Sox fan, holding season tickets for many years and cherished his annual Red Sox road trips, excited to return with souvenirs for the young children in his life. He also treasured his time spent in Marshfield with friends in the summer months. Jack was the beloved son of the late John and Theresa Flynn and the devoted nephew of the late Thomas J. Begley and his surviving wife Ruth Begley of Arlington. Loving cousin of Mary Gerardin of Stoneham, Carolyn Blair and her husband Paul of Wilmington, Thomas Begley and his wife Jill of Breckenridge, CO, Luke Begley and his wife Rachelle of Cambridge and Joanna Anderson and her late husband Michael of Bedford. Jack cherished his lifelong friendships with Kevin O'Connor and David Kale. Jack is also survived by many adoring cousins, especially Timmy and Sean Norton, as well as his many friends and colleagues who will miss him greatly. Relatives and friends are kindly invited to attend visiting hours in St. John's Church, 2254 Massachusetts Avenue, North Cambridge on Friday, May 14, 2021 from 4-7 pm. A Funeral Mass will be held on Saturday, May 15, 2021 at 11 am. All attendees are required to wear face coverings and practice social distancing. Burial will be private. In lieu of flowers, contributions in Jack's memory may be made to: Town of Watertown Faire on the Square, an event that was very special to Jack, or the Jimmy Fund would be appreciated.

Published by Boston Globe from May 10 to May 12, 2021.
To plant trees in memory, please visit the Sympathy Store.
MEMORIAL EVENTS
May
14
Visitation
4:00p.m. - 7:00p.m.
St. John's Church
2254 Massachusetts Avenue, North Cambridge, MA
May
15
Funeral Mass
11:00a.m.
St. John's Church
2254 Massachusetts Avenue, North Cambridge, MA
Funeral services provided by:
Keefe Funeral Home
MAKE A DONATION
MEMORIES & CONDOLENCES
3 Entries
I am deeply saddened to hear of Jackie’s
sudden death. My condolences to the entire family.
I will always remember all the good times we had over the years.
Patricia Delaney
Family
May 15, 2021
To John’s family, We enjoyed John so much during his MC years. He had a sense of humor like no other. Our trips to Bermuda are legendary! He is a great guy and a loyal friend. He will be missed. Rest In Peace Friend. Much Sympathy, Mike(MC 75)and Carol(GC 75) Hooper
Hooper
Friend
May 10, 2021
To Jack’s Family and Friends:

Please accept my deepest sympathies. Jack was a great guy and friend. You are in my thoughts and prayers.