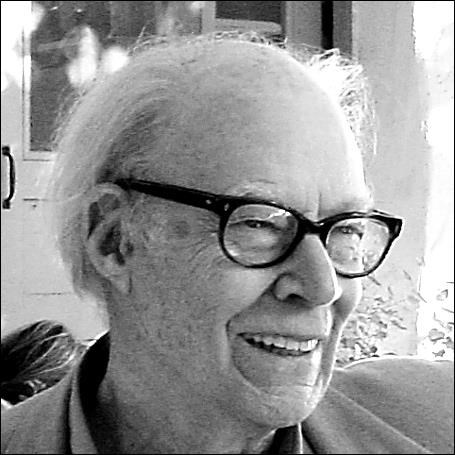 URBAN, John Trexler 99, Photographer and Engineer Of North Cambridge, Massachusetts, son of Elizabeth Yarnall Luchars and Leigh Roy Urban, died after a short illness at the age of 99 on Thursday, December 7th, at Massachusetts General Hospital, in the company of his family.

Mr. Urban studied mechanical and aeronautical engineering at Princeton University and Ryan School of Aeronautics from 1937 to 1940 and went on to design and build aircraft as part of the war effort. He volunteered for the US Army Air Forces in 1943. Completing his pilot training as WW2 ended, he was honorably discharged in 1945.

After moving to New York City, he began writing articles on music and reviews of recordings for Musical America Magazine. Throughout his life he loved music, particularly classical, and sang in many choruses, including the Dessoff Choirs in New York and Chorus Pro Musica in Boston. A keen chess player, he was a member of clubs in New York and Boston, and enjoyed finding other enthusiasts.

Mr. Urban was fascinated with human thought and behavior. He returned to academia, first at the New School for Social Research in New York, where he earned a B.A., and then at Harvard University as a doctoral student in psychology, where he worked with B.F. Skinner.

Always interested in photography, he began to pursue it professionally in 1961. With his strong engineering and mathematics background, he mastered the technical aspects of photography. At first he concentrated on commercial photography, contributing to textbooks and advertising. Later, he combined the science and craft of photography to express his artistic vision. To this end, he developed innovative analog image processing techniques, reflected in the name of his last exhibition, "Before Photoshop." He retired as a photographer in 1995 and returned to the study of psychology and thought.

For most of his life, Mr. Urban was an active outdoorsman, and instilled his love of the outdoors in his children. An accomplished whitewater boater (kayak and canoe) and an active member of the Boston chapter of the Appalachian Mountain Club, he designed and built one of the leading kayaks of the time, and wrote a kayaking manual published by the AMC. He was also a sailor, hiker, and a casual cyclist. In fact, bicycling was Mr. Urban's preferred method for getting around Cambridge, which he continued into his 95th year.

Mr. Urban had a knack for connecting with a wide range of interesting people. He often stopped on the road to help drivers in distress or pick up hitchhikers, and made some long-lasting friendships this way. He constantly strove to improve his understanding of the world, and loved to discuss intellectual and philosophical issues. He will be missed for his wit, his insight, and his enthusiasm for life.

Mr. Urban is survived by his four children, Anne, Robert, Nancy, and Margaret, and his niece Susan.

A memorial is planned for late spring. Contact [email protected] for information.
Published by Boston Globe from Jan. 3 to Jan. 7, 2018.
MEMORIAL EVENTS
MAKE A DONATION
MEMORIES & CONDOLENCES
5 Entries
I had a great opportunity to work with him at the end of his life. I got to see just a glimpse of his insightfulness, charisma and still his curiosity to learn even at his age at that time, as he took interest in my thought process regarding Physics and many of his other interests.
He will be greatly missed!
Claudia Caldas
February 19, 2018
John made an effort to tell me that he admired my photography work. He was genuine and insightful. I was touched with his ingenuous and generous eye and will always appreciate his communication. I am sorry I did not know him better.
Amy Ragus
February 12, 2018
John was a remarkably creative, interesting, accomplished, affable and loving man. Although we lost touch several decades ago, I miss his positive energy and joi de vivre, and will always treasure having known him and his loving children.
Geoff Dutton
January 9, 2018 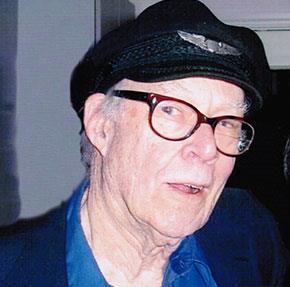 John was one of the sharpest, wittiest, and ageless gentleman I've had the good luck to know. He has inspired me in many ways.
Cynthia Cloutier
January 8, 2018
John will be missed. Always one for having fun. Always had interesting things to discuss.
David Plantamura
January 8, 2018
Showing 1 - 5 of 5 results