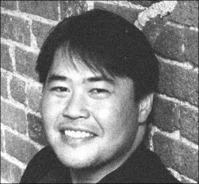 FUNERAL HOME
Eaton & Mackay Funeral Home
465 Centre St
Newton, MA
DAVID, JoJo Of Natick, MA, Campus Minister at Boston College and Music Director at Sacred Heart Catholic Church in Newton Center, died peacefully, surrounded by his loving family and a few dear friends at noon on Tuesday, October 18th, 2016, at Brigham and Women's Hospital in Boston. He died as he lived, courageously and with great faith. He had previously fought a valiant battle with Cancer which in recent years caused heart failure. JoJo is survived by his beloved wife, Anne Marie (Cotter) David and their daughter Madeline David, both of Natick, his mother, Zenaida T. David, MD, and his brothers Robert (Beverly) David and Lonnie (Christine) David. He is also survived by his mother-in-law, Beverly Cotter, and by his wife's siblings: Jeanne, John, Fatomeh, Patrick, Sara, Jaena, Richard, Sheema and Delip. He also leaves 19 nieces and nephews. He is also survived by his steadfast and loyal friend, Keith Gordon. JoJo was preceded in death by his father Wilfrido L. David, MD, his sister Maria T. Millirans, his father-in-law, Atty. Richard A. Cotter, and his brothers-in-law, Richard E. Cotter. JoJo touched so many people's lives through his music and his presence. A Vigil Service in JoJo's memory will be held at St. Ignatius at Boston College, 28 Commonwealth Avenue, Chestnut Hill, MA, Thursday, October 27th, from 6:00 to 8:00 PM. A Mass of Christian Burial will be celebrated Friday, October 28th, at 10:30 AM, at Sacred Heart Church, 1321 Centre Street, Newton Centre, MA. Burial will be private. In lieu of flowers or other offerings, an education fund has been set up for Madeline David in honor of JoJo. Checks can be made out to: Ameriprise Financial for the Benefit of Madeline David 529 Plan, and sent to: Madeline David Fund / Christopher Petrik, Ameriprise Financial Services, Inc. 100 Grandview Road, Suite 210 Braintree, MA 02184-2692. The David family offer special gratitude to Anju Nohria, MD, and the whole team of caregivers at Brigham and Women's Hospital, Boston. The family is also grateful for the unceasing prayers from their friends and faith communities. As JoJo wrote in his blog: "The power of your prayers are palpable, and let me once again say thank you for everything you do to help support Anne Marie and Madeline throughout this all. Our lives are an affirmation of the deepest good and undeniable love. Grace among us." For directions or to share a memory of JoJo, please visit www.eatonandmackay.com Eaton & Mackay Funeral Home Newton Corner 617-244-2034

Published by Boston Globe from Oct. 25 to Oct. 26, 2016.
To plant trees in memory, please visit the Sympathy Store.
MEMORIAL EVENTS
To offer your sympathy during this difficult time, you can now have memorial trees planted in a National Forest in memory of your loved one.
Funeral services provided by:
Eaton & Mackay Funeral Home
MAKE A DONATION
MEMORIES & CONDOLENCES
14 Entries
Dear Anne Marie and family, I knew JoJo long ago, when we both sang on the Spirit of Boston together in 1992! I just learned of his passing today and send you so many loving thoughts and prayers. To this day I still hear that beautiful voice. Sending you my most heartfelt condolences.
Rebecca Graham Forde
Friend
May 29, 2017
I am saddened to hear of Jojo's passing. I just heard of his passing from Berklee Today's Alumni magazine. JoJo and I were classmates at Berklee in the early 90's and we graduated the same year. I remembered JoJo as a talented singer. My condolences to the family of JoJo David. R.I.P.
Eddie Phoon
February 19, 2017
Anne Marie,

My heart goes out to you and Madeline as you grieve the great loss of JoJo. Although it has been a long time since we last visited, our soulful time together clearly stands out in my memory. JoJo's smile, his laughter, his joy, and his positive energy enhanced the warmth and comfort of your hospitality. The Light JoJo embodied will never dim.

JoJo rests now in deep peace. May you and Madeline know his peace and, there, find your own restful peace.

With love,
Ahshua Bolton
Ahshua Bolton
November 4, 2016
Anne Marie, I am so sorry to hear of the passing of Jo Jo and the loss to you and your family.
Jo Jo will always be within you and your daughters hearts as well as the many many others that loved him as close as a beautiful memory.

My thoughts and prayers are with you, the David and Cotter families during this difficult time.

God and peace be with you.
Willie H.
Willie Hollingsworth
Classmate
October 27, 2016
I was blessed to have crossed paths with you and Anne Marie while we were Berklee students and also music ministers for BC LAG.

Until we meet again.
Derek Navracruz
Classmate
October 26, 2016
We will always remember JoJo as a kind, gentle, and loving man. His was a rare talent who will be greatly missed.
Cass and Barbara Turner
October 26, 2016
I've known JoJo for more than twenty years. He was one of the most genuine people I ever met. His angelic voice always touched me. I can't believe he's gone.

Anne Marie and Madeline, you are in my thoughts and prayers.
Nancy McGrath
Friend
October 25, 2016
The first time I walked into Sacred Heart over five years ago, I heard Jojo's voice and new I was home. He had a special gift for creating a prayerful, reverent yet warm and welcoming
atmosphere for the liturgy. He is a gift who all who knew him. You all have our prayers.
Cristina Genung
Acquaintance
October 24, 2016
I am one of the many nurses who took care of Jojo over the years on the step down unit. We are all heartbroken over his loss. He was such a wonderful soul who was so upbeat and positive. He always gave us a smile and is someone we will truly never forget. Love to you and Madeline during this difficult time.
Jennifer Capece
October 23, 2016
Annemarie and Madelyn, I am so sorry about JoJo. He was an amazing guy. Always smiling. A good people person.
I will keep you all in my prayers.
David
David Ford
October 23, 2016
I am so sorry to hear of this news. JoJo was always so nice and considerate in my brief dealings with him. The following is my prayer for him.

Eternal Creator. Thank you for the gift of JoJo.

May we see his beauty forever in the raising hope of the glorious sun and hear his voice the gentle winds of the day. When the sun sets over the today's lowering horizon, may he rest on the brightest star free from this life's confines knowing the beauty of all tomorrows with your Son.
Rest In Eternal Peace precious soul.


My condolences to AnneMarie, Madeline and all of Jojo's family.
Regina Pontes
Acquaintance
October 21, 2016
Anne Marie I am so sorry to hear of your husbands passing. My thoughts and prayers will be with both you and your daughter.
Sandy Piwko
Acquaintance
October 21, 2016
My thoughts and prayers are with you both, Anne Marie and Madeline. My wish is that the presence and support that you receive from family and dear friends will uphold you in this time of grief and sustain you with prayer and healing in the future. Love, Rita
Rita Allegretto
Friend
October 20, 2016
Our condolences and prayers for Anne Marie, Madeline, and all the Cotters and David family. Please know that we are thinking of you at this time. May God hold you close in His embrace.