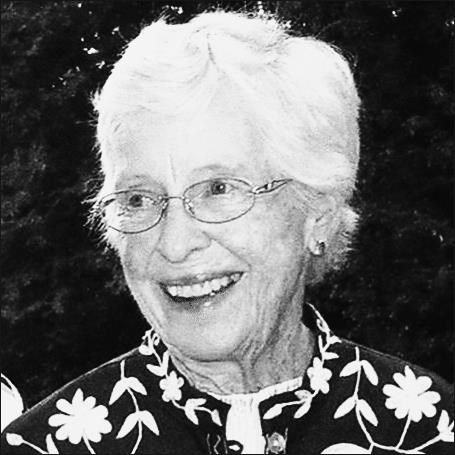 Julie Schoepf was born on October 5, 1927 in Detroit, Michigan, to Albin K. Schoepf and Virginia G. Schoepf. Shortly after her birth, the family relocated to Scarsdale, New York.

In 1944, Julie graduated from The Masters School in Dobbs Ferry, New York and, in 1948, from Vassar College. Choosing to pursue a career in medicine, she was initially denied admission at medical schools, told that both her age and gender were determining factors. She instead earned her Masters in Zoology at Columbia University and was ultimately accepted to medical school at Columbia's College of Physicians and Surgeons.

In 1953, Julie married Augustus T. Crocker, MD. Upon her graduation from medical school, the couple moved to Hanover, New Hampshire, where she completed her internship at Mary Hitchcock Hospital and her husband served as Chief of Cardiology at the VA Hospital in White River Junction, Vermont.

Dr. Crocker began her anesthesiology residency at Massachusetts General Hospital in Boston in 1954. She interrupted work when she became pregnant with her first of three sons, eventually completing her residency at Peter Bent Brigham Hospital. Attempting to balance early motherhood and her medical career, she held several part-time roles until finding a position at the VA Hospital in West Roxbury, Massachusetts that allowed her to be in the operating room by 7 a.m. and home to meet her children after school.

In 1962, she accepted an appointment as Staff Anesthesiologist at the Lahey Clinic, where she served for nearly 10 years. In 1972, she joined the Boston Hospital for Women's perinatal anesthesia department, and worked as an Instructor in Anesthesia for Harvard Medical School. While at BHW, she became the second female President of the New England Society of Anesthesiology.

Dr. Crocker practiced medicine, taught residents and fellows, and wrote journal articles on topics including headaches associated with spinal anesthesia, wakefulness during anesthesia, and optimal techniques for epidural anesthesia. Her role evolved with her department as the BHW merged with the Peter Bent Brigham to form Brigham and Women's Hospital.

In 1980, Drs. Julie and Augustus Crocker decided to give up their Boston-based medical practices and moved full-time to Dublin, New Hampshire. Following the move, she provided anesthesia for high-risk cases where transportation to Dartmouth or Boston was inadvisable.

As she wound down her career, Julie channeled her energies to the Garden Club of Dublin, the Peterborough Garden Club, and the Late Bloomers Garden Club and served as a judge of floral design, horticulture, and photography in the Garden Club of America and the National Garden Clubs of America. She was also active in the Town of Dublin's Conservation Commission, focusing on Dublin Lake, where she assisted in water quality monitoring and spearheaded an effort to use hardy, native shrubs to limit erosion between the road and the lake.

After full retirement in 1985, Julie volunteered, enjoyed time with grandchildren, and played golf. During this time, she and Gus spent winters in Amelia Island, Florida, and traveled extensively. Following Gus' death in 2001, she moved to Rivermead, in Peterborough, New Hampshire. Though her health began to decline in 2014, she remained active - even golfing in the summer of 2019 with portable oxygen equipment.

Julie Schoepf Crocker was predeceased by her parents, her husband, and her siblings, Kes, Virginia, and Luan. She leaves her three sons, Augustus, Jr., Jonathan, and Christopher, six grandchildren, and three great-grandchildren.

A Memorial Service will be announced at a later date. In lieu of flowers, the family encourages donations to the Barbara R. Duckett Scholarship Fund, Home Healthcare Hospice and Community Services, PO Box 564, 312 Marlboro St., Keene, NH 03431. To express condolences or to share a memory of Dr. Julie Crocker, please visit www.fletcherfuneralhome.com
Published by Boston Globe from Mar. 13 to Mar. 15, 2020.
To plant trees in memory, please visit the Sympathy Store.
MEMORIAL EVENTS
Memorial service
Service details to be determined.
Funeral services provided by:
Fletcher Funeral Home
MAKE A DONATION
MEMORIES & CONDOLENCES
2 Entries
I am so sorry for the families loss.may the families hearts ♥ be filled with wonderful memories of joyful times the family shared together with the dear loved one lost in death.As the family cherished a wonderful life that was well lived and loved by families and friends ❤.my heartfelt sympathy and condolences to the families during this difficult time of deep sorrow and pain.
-Pert & LYNN
March 14, 2020
So sorry to hear of your Mom's death....I lost my Mom the day after Christmas and although they live a long and fulfilled life it is so very hard to not have them in our lives.....may your memories and Love get you thru this difficult time...
Bonnie Myhaver
March 12, 2020
Showing 1 - 2 of 2 results