KATHLEEN ANNE O'KEEFE
O'Keefe, Kathleen Anne Found peace early Monday morning, aged 54, after nine months of illness which she faced with her customary backbone of steel. Wife, friend and a bright shining star to Jason Barber. Daughter of Joe and the late Lenora O'Keefe, and much more than a sister to Michael, Janice, Mark, Jennifer, and Karen, as well as to Jules and Michael in New Zealand. Loved aunt of Georgia, Sam, Leigh, Jennifer, MacKenzie, Brady & Caroline, who all brought immeasurable joy to her life. Kathleen touched the lives of many other people, in Asia, Africa, the US, New Zealand and Europe. There will be a private cremation, followed by a memorial service at a later date. In lieu of sending flowers or gifts to her family, please carry out acts of kindness to others, in memory of Kathleen and in keeping with her spirit and nature. Love is the answer.

Published by Boston Globe from Dec. 1 to Dec. 2, 2014.
To plant trees in memory, please visit the Sympathy Store.
MEMORIAL EVENTS
To offer your sympathy during this difficult time, you can now have memorial trees planted in a National Forest in memory of your loved one.
MAKE A DONATION
MEMORIES & CONDOLENCES
45 Entries

Had the pleasure of meeting Kathleen and Michael back in 92 while in the Canadian Forces with the UN in Cambodia, for a while I seemed to be at their office very often , I think a book was being produced, sad to hear of Kathleen's passing.
Luke Pascall
Acquaintance
April 1, 2021 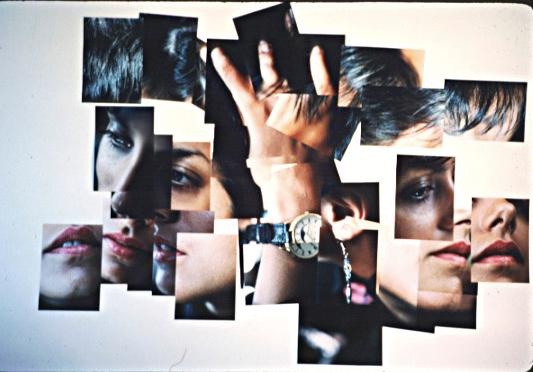 Michael Rubin
August 3, 2019
My condolences to the O'Keefe family.Kathy made a huge impact in the world.She was a great friend as we grew up together.
Joe Moriarty
December 13, 2014
To Kathleen's family and countless friends, my deepest sympathies on learning that she is no longer with us. Kathleen joined The Asia Foundation in the mid-80's as a Program Officer in the Asian American Exchange unit. She was bright, creative, efficient in developing programs for Foundation-supported Asian visitors to meet with American counterpart professionals throughout the U.S. She was a delight to work with, and her grace and charm, coupled with her professionalism, captivated everyone. While we were sorry to see her move to a field office, it was a well-deserved promotion and we were happy that her accomplishments and talents were recognized. We are deeply saddened now that she has departed this world, yet find solace in knowing that she has left a remarkable legacy in her all too short life.--Vera Young
December 9, 2014
My deepest sympathy to all her family and friends.
Marie Burke (Lenora's cousin)
Marie Burke
December 7, 2014
Kathleen, our meeting was brief and filled with quiet moments during your massage and yet I knew right there and then that you are a beautiful person and beautiful soul. I will carry LOVE as I continue to serve the oncology population. Peace, Bambi Mathay
December 7, 2014 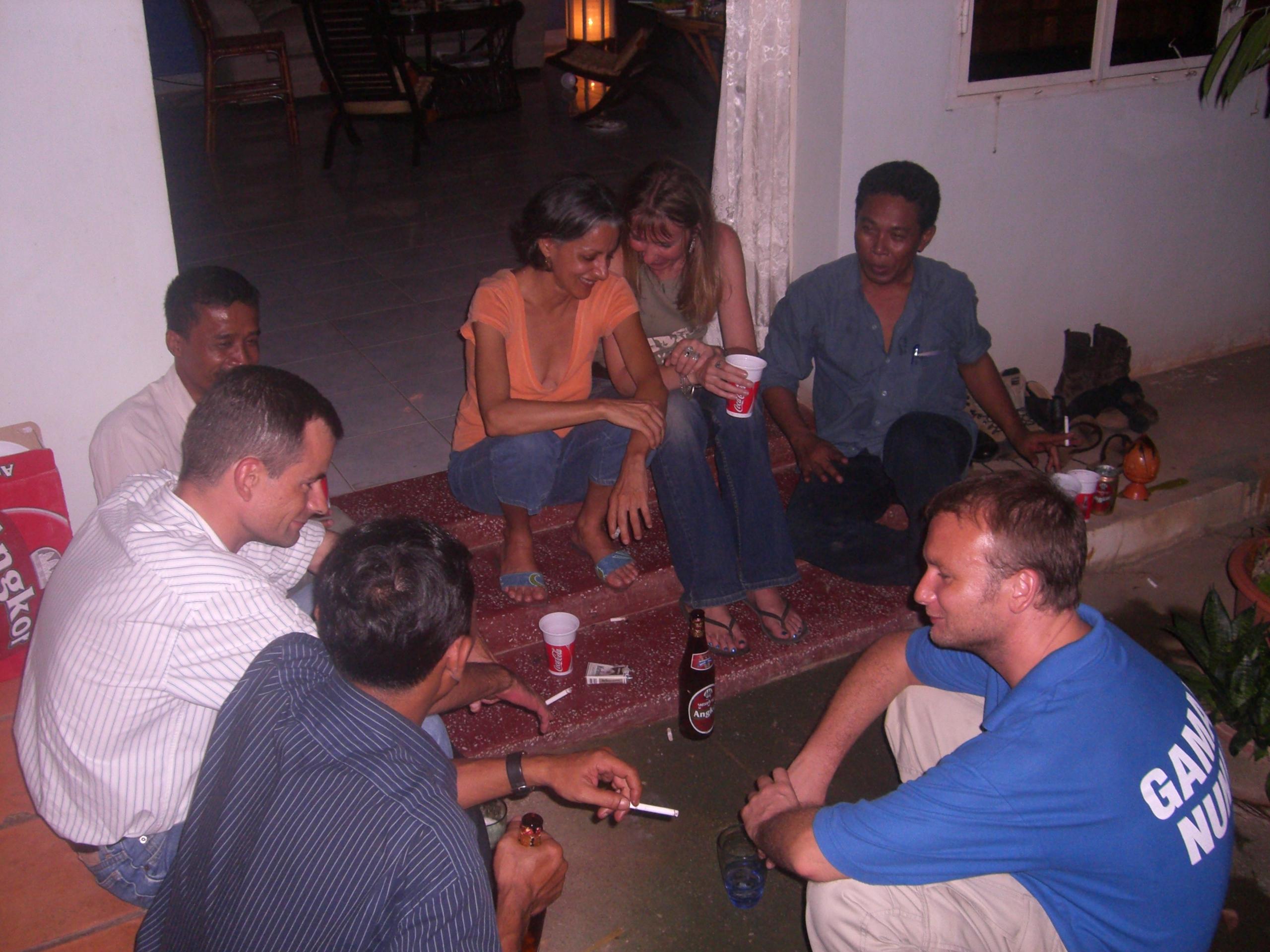 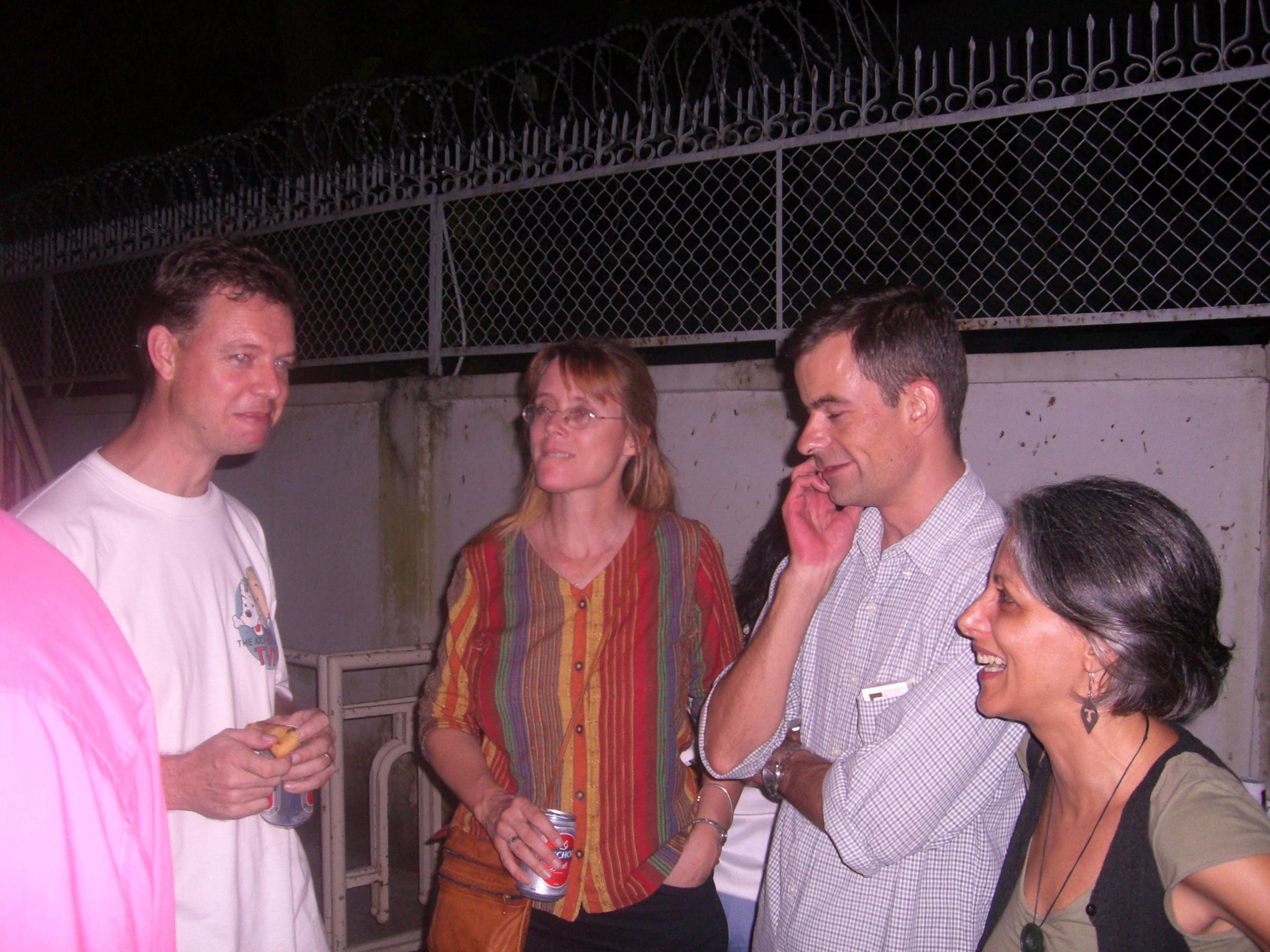 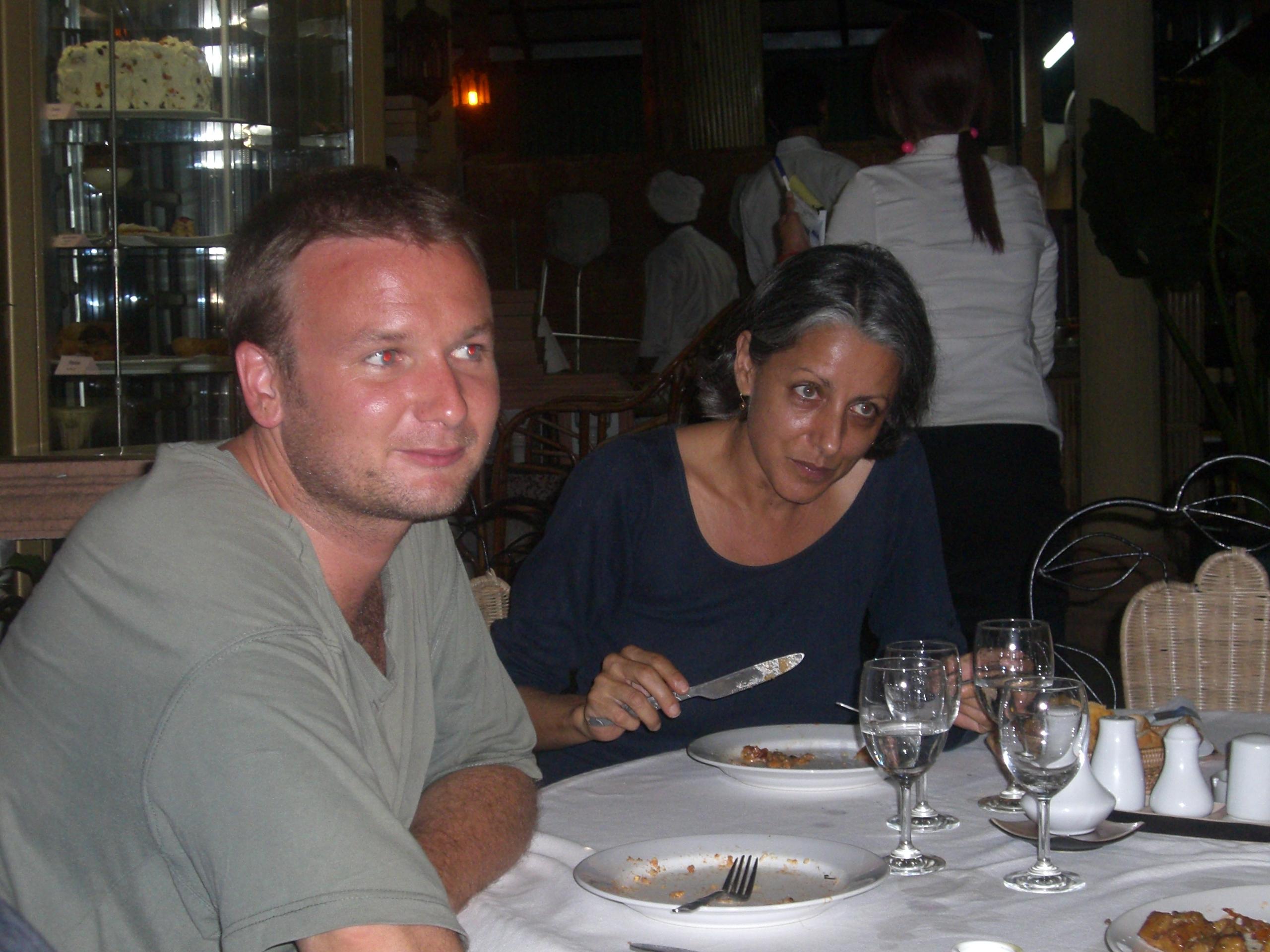 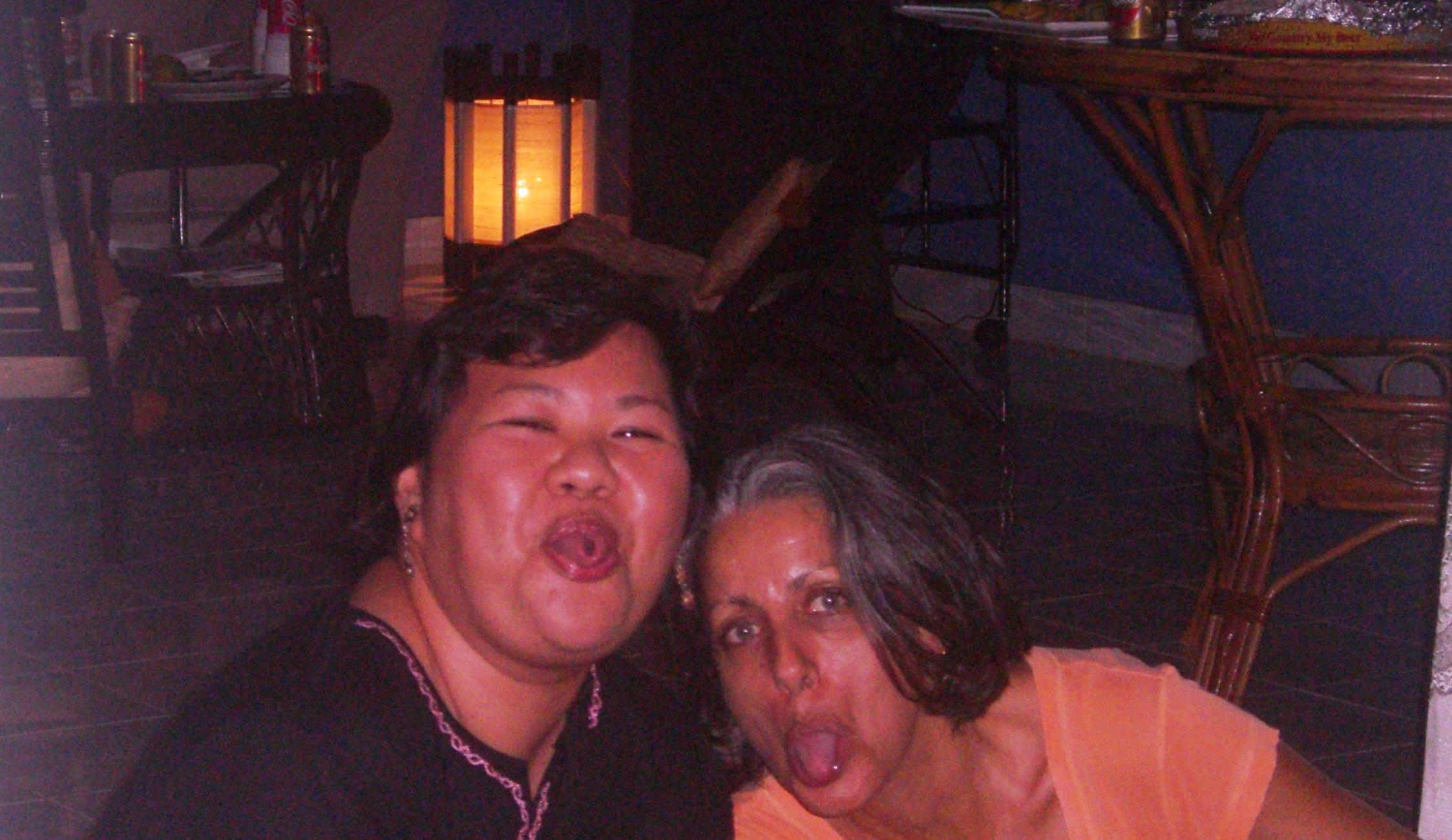 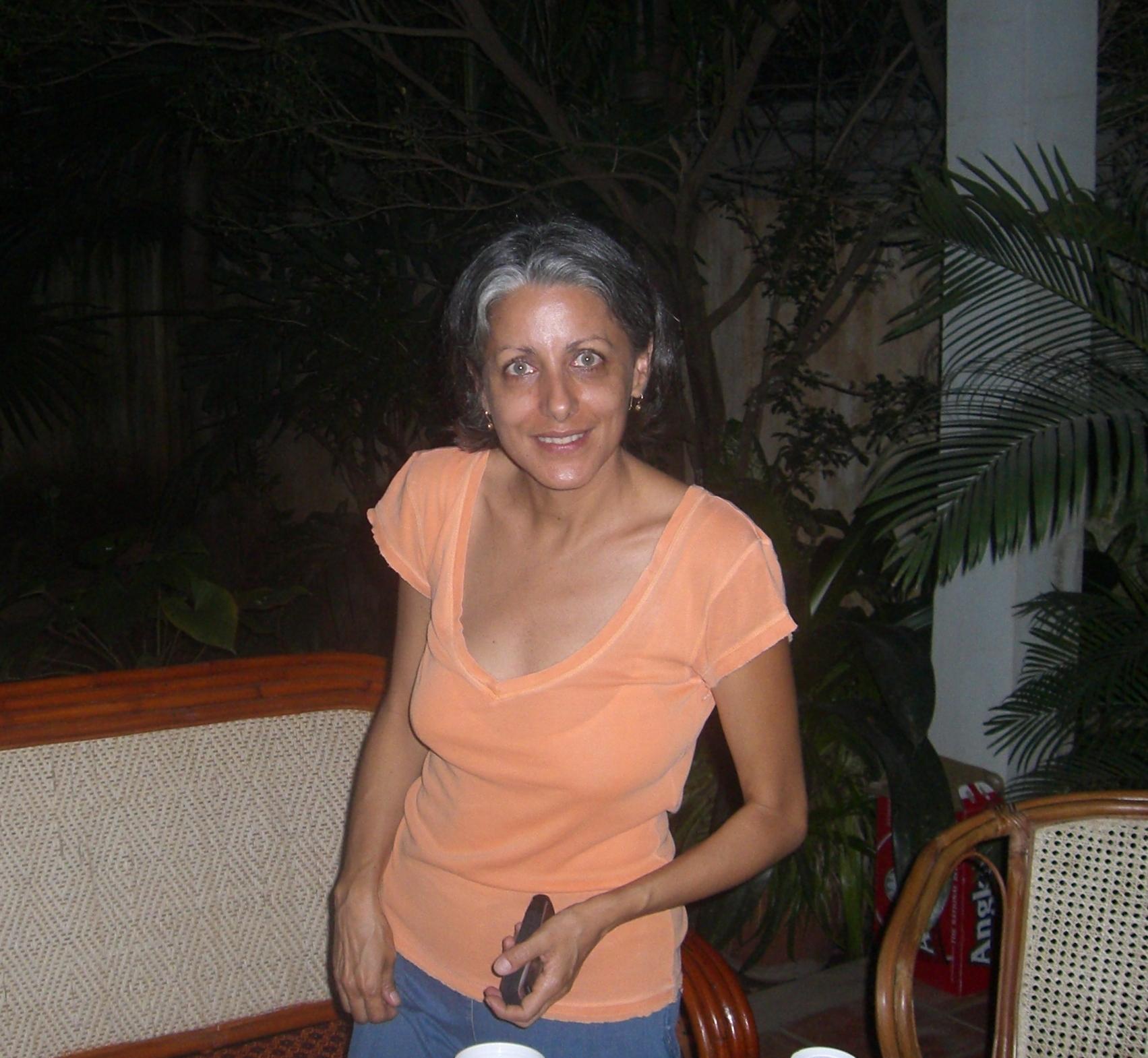 Laurent Meillan
December 6, 2014
Kathleen, it has been a real joy and a real privilege to meet you in Cambodia at the end of the 90's. You were so kind, so helpful and so beautiful. And you've achieved a real good job on this earth. We will miss you, miss your kindness and your smiles, your stories too. I hope that you're in a peaceful place and I think to you also Jason, with sadness. Bruno Carette
December 4, 2014
http://www.kathleenokeefe.org/
Guest
December 4, 2014
http://www.kathleenokeefe.org/
December 4, 2014
Condolences to family and dear friends on the passing of Kathleen. I never got to know her as well as I might have wished, but I admired her greatly. She and Michael gave me an invaluable introduction to Cambodia from the time I arrived in Phnom Penh in 1995. She has left us much too soon and will be missed.
Gordon Longmuir
December 4, 2014
"Kathleen was always a great supporter of our cause and a dear friend to the Bophana Center, here in Phnom Penh. A very generous and courageous woman, her legacy will live on through the kindness she shared with all whom she met. On behalf of Rithy Panh and the team at Bophana Center we would like to extend our heartfelt condolences to Kathleen's family and loved ones and give thanks to having had the opportunity to know this beautiful soul that will be sorely missed."
Bophana Center Team
December 4, 2014
Kathleen radiated compassion, good humor and integrity, both personal and journalistic. She was a joy to be around. The world is richer for her having been a part of it for 54 years, even if we are all poorer for her having departed it so soon.
MaryKay Magistad
December 4, 2014
I met Kathleen in 1993 at the Ministry of Tourism. We became friends and share many aspirations to help rebuild Cambodia. We worked together on many tourism project and I always remember her act of kindness. She touched the lives of many Cambodians who met her. She will be deeply missed.
Sovachana Pou
December 4, 2014
Deepest condolences from John, Marie and family. A woman who was utterly sincere, genuine and loving. Kia Kaha Jason.
John Tulloch
December 3, 2014 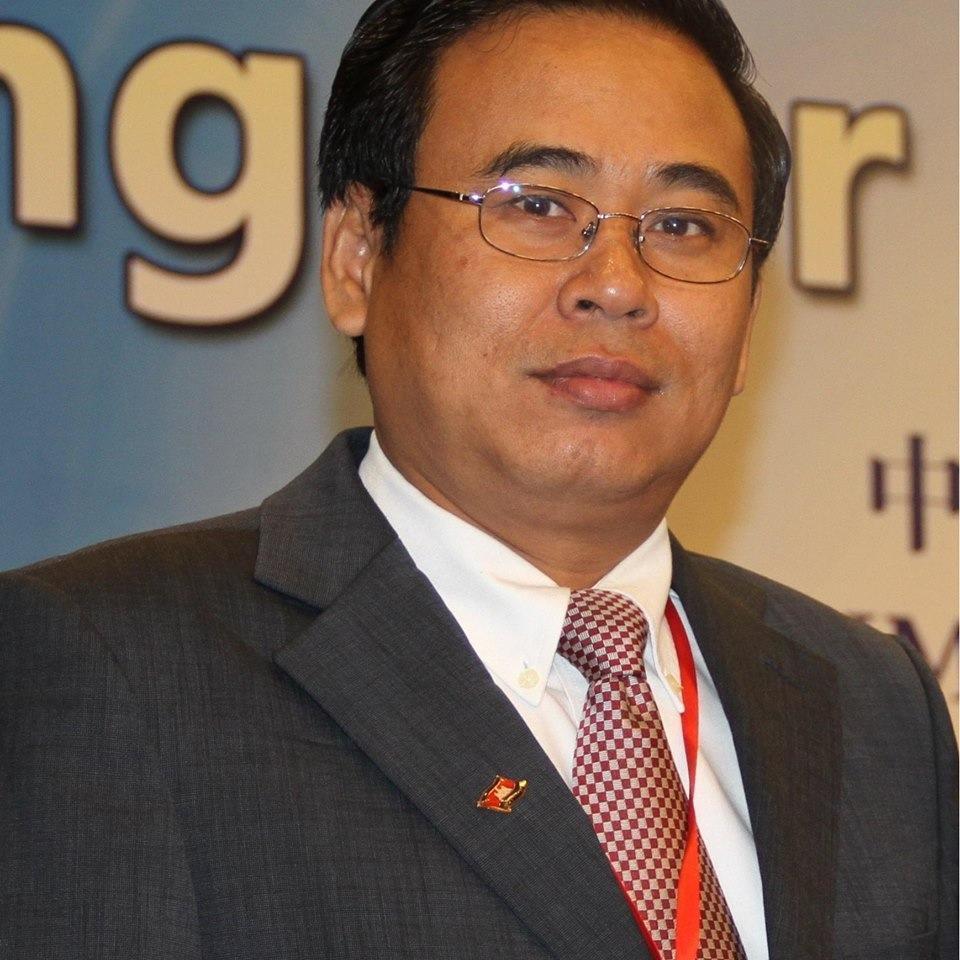 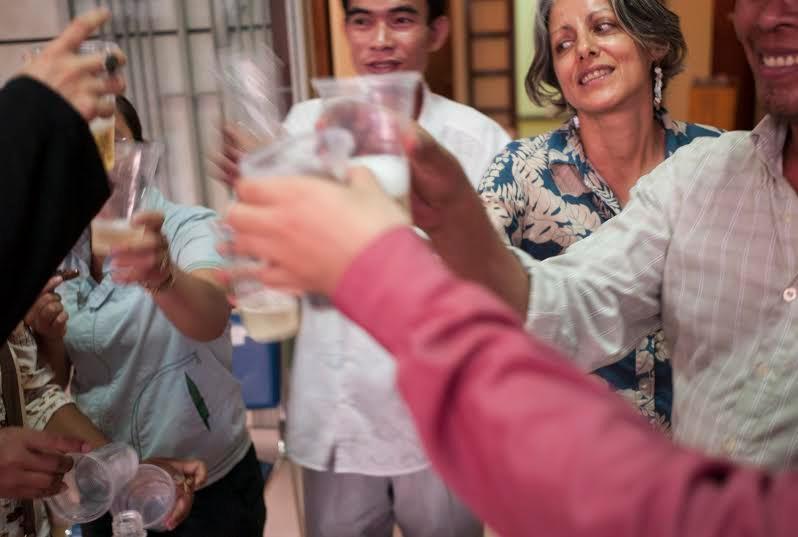 We shall all keep a beautiful memory of Kathleen. We always considered her as the godmother of our news website Ka-set. Kathleen was always there for us, helping us, supporting us, with her good advice, with her smiles, and with her constant availability.

Kathleen, you were our angel and no words could ever say how much we owe you and how much we thank you for all you did for us. You kept us going forward, always encouraging us, with your optimism and your high vision of journalism. Your memory will stay with us forever. You were a person who made the world a better place to be, and it was an honor to know you.

We include a picture of a smiling Kathleen, taken by John Vink, and it's how we will always remember her, as a joyful soul.

To Kathleen's loved ones, and to Jason, you are in our thoughts

With our deepest sympathy & friendship.
Mary & Louie Forgione
December 2, 2014
I have many memories of Kathleen - those groundbreaking days from 1992 in Cambodia following the course and fall of the Khmer Rouge; always a friendly face for visitors to the PPP office and then later during her adventurous life with Jason. It was always wonderful to see them both here in Wellington and to catch up with their exciting lives. Kathleen, I will always remember you. Rae Julian, Wellington, NZ
December 2, 2014
I only knew Kathleen for a short time, but withinn that tme I was inspired by the spirit with which she and Jason faced life. The memory of her spirit and determination in difficult circumstances will last for a very long time.
Elaine Barrington-Ward
December 2, 2014
Kathleen leaves a legacy as a pioneer of press freedom in modern Cambodia. I personally witnessed her courage and self-sacrifice on more than one occasion. She was a hell of a woman. My deepest condolences to the many who loved her.
hurley scroggins
December 2, 2014
Kathleen O'Keefe co-founded the Phnom Penh Post in 1992, a newspaper which turned out to be one of the best new ones in all of Asia, recognized around the world by those who cared to have a look. Without her efforts the paper would not have gotten off the ground nor would it have survived in Cambodia during all the difficult years in the nineties and beyond. She worked her tail off for many years keeping the paper alive and keeping it on track. I am so terribly saddened to hear the news of her too young demise. My deepest sympathies go to Jason, her dad Joe, her siblings, nieces and nephews and all her relatives in Massachusetts. I feel terribly saddened and flooded with grief and I have no adequate words to thank her for all she gave nor what she meant to me and so many of her friends here in Cambodia and around the planet. The pain and reality of life has only been terribly sharpened by her passing. Michael Hayes
December 2, 2014
So sorry to hear this. Thinking of you Jason. You two were always super inspirational to me. And everyone could see how much you adored each other. So sorry for your loss.
sharon beattie
December 2, 2014
I knew Kathi to be a soft spoken, kind hearted, compassionate and warm person. She was the epitome of human and because of her worldly experiences, understood so much more about people as a whole than most of us ever will. Rest in peace, Kathi. I know your mother has welcomed you with open arms.
Katie McMullin
December 2, 2014
My heart is breaking for your family. I am so very sorry for the loss of such a smart and talented woman as Kathleen. Even when we were children, it was clear that she was a unique and beautiful person. My deepest sympathies to all of you. Nancy Jenkins
Nancy Jenkins
December 2, 2014
Loving memories of a caring, kind friend. A lovely visit to Cambodia, scary, thrilling motorcycle dash, lots of cars and a warm sea!
May you rest in peace.
Much love Ro
December 2, 2014
My deepest sympathy to the family. May the God of loyal love comfort the family during your time of sorrow. Psalms 119:76
December 2, 2014
The warmth of her personality and the way she became a full part of the wonderful friendship we have shared for many years with the Barber family in New Zealand.
Warmest wishes from Suzette and David Pearson
December 2, 2014 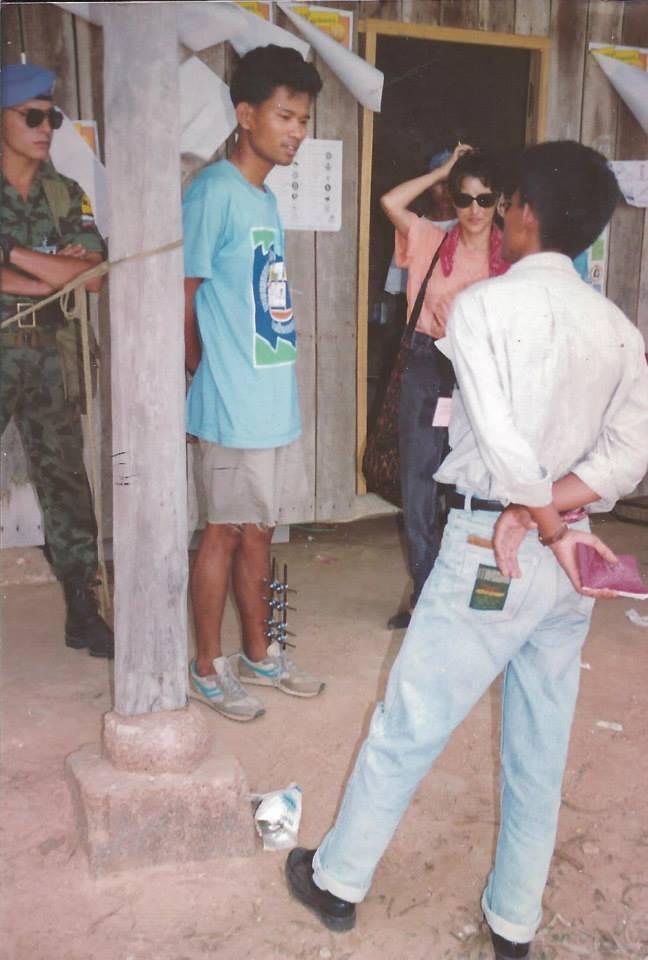 Kathleen was such a lovely and kind person. I remember that one day in early November 1992 when I walked in the the office of the Phnom Penh Post newspaper. She was the first person I met - and thank to her I got the job as a reporter at the newspaper. She wasn't just such a caring boss but someone who helped plant the seed of free press in Cambodia. Her contribution in founding the newspaper has touched so many lives, including mine. She was like my sister and dear friend. I will always miss you. RIP.
Munthit KER
December 2, 2014
Farewell my lovely friend. I shall miss your smile, your wisdom and your immense help with my books. You leave behind hundreds of friends and hundreds of grateful Cambodians (and Africans)who learned so much from your compassion, humility and vast knowledge. May you find peace with the Almighty and may be, one day, he will allow us to meet again. My heartfelt condolences to Jason and the family. I share your grief.
Julio Jeldres
December 2, 2014 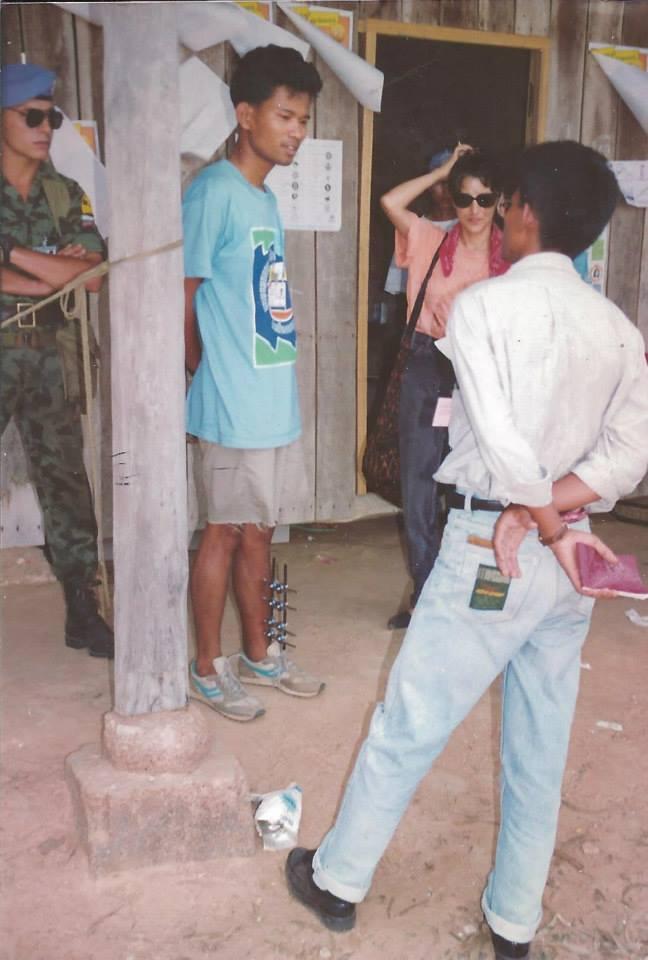