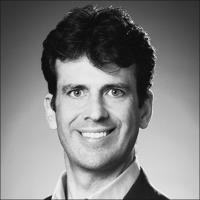 FUNERAL HOME
George F. Doherty & Sons Funeral Home
477 Washington Street
Wellesley, MA
DELANEY, Lee J. Age 49 of Wellesley, MA passed unexpectedly on April 8, 2021. Lee was an absolute original for those who had the chance to share their lives with him. His compassion, generosity and love for the people in his life were always paired with his special knack for ensuring that happiness, excitement and fun were ever-present when spending time together. He was many things to many people: a tour de force as a leader of industry, a deep intellectual, a friend with an exquisite wit and sense of humor, but most importantly he was a wonderful son, loving husband, and an awesome Dad. On Thursday, April 8th Lee was out enjoying a run on Massachusetts' first truly beautiful spring day when he tragically suffered a medical emergency. This profound and shocking loss reverberates deeply throughout his family, friends, community, and large network of close work colleagues, but the impact and legacy he leaves are enormous. Lee grew up in Braintree, MA. There, he excelled in academics and played sports, later attending the University of Massachusetts at Amherst where he earned a BS with a double major in computer science and mathematics. He continued his academic pursuits at Carnegie Mellon University, earning an MBA after a short time in the professional world. He spent 20 years at Bain & Company starting out as a consultant and growing through the ranks to become a Partner. Most recently, was the President and Chief Executive Officer of BJ's Wholesale Club. His depth of knowledge across numerous sectors of business, coupled with his dynamic and deft leadership style, left an indelible mark on the business world and his colleagues. Lee was known for his friendly smiles and conversations with those he worked with, frequently seeking input and seeming to remember the names and stories of the multitudes of people with whom he worked. He was a consummate leader and trusted mentor to many in his field. While Lee successfully served in so many professional roles, he was most proud of being a loving, deeply caring and committed father and husband. Lee and his wife, Robin built a wonderful life, raising their sons, enjoying travel and spending time with extended family, friends and their dogs. Lee coached his sons' basketball teams for a number of years and guided them as they explored many other sports and activities. He punctuated his life with adventure and fun. Among his many hobbies and interests he was an avid outdoorsman and a pilot enjoying mountain climbing, traveling, and skiing. To know Lee was to know his vibrant, down-to-earth and engaging personality that sometimes felt like a composite of the most memorable characters from a great book or movie. He was brilliant, humble, curious, confident, hilarious and loyal. He had a gentle, innate way of making those in his presence feel seen, heard, and important. He had a deep bench of lifelong buddies and was the very best kind of friend to those lucky enough to call him one. An excellent and active listener, Lee was insightful and thoughtful in his conversation and advice. As a donor and supporter of many organizations, including the Red Cross, Boston Children's Hospital, Dana Farber Cancer Institute and several others. Lee's generous giving and charitable nature touched the lives of many. Lee is survived by his wife Robin, sons Max and Zachary, mother Christine Ruhr, stepfather Jon Ruhr, stepsisters Laurie Sullivan and Lisa Rutledge, and parents-in-law Michael and Meryl Anapol, sister- and brother-in-law Susan and Matt Shultz, aunts and uncle Lucy & Ed Kinan and Florence Tenore, and an extended circle of friends and colleagues. He was preceded in death by grandparents Lena and Dan Tenore, his uncle Michael Tenore and stepbrother Stephen Ruhr. Services are private. In lieu of flowers, the family asks that gifts be made to support Brigham and Women's Hospital. Checks can be made payable to Brigham and Women's Hospital with "in memory of Lee J. Delaney" in the memo line and sent to: Brigham and Women's Hospital, Development Office, 116 Huntington Ave., 3rd floor, Boston, MA 02116 or visit https://giving.brighamandwomens.org/ to make your gift online. A remembrance of Lee's life for friends and colleagues will be announced at a later date. Online guestbook at gfdoherty.com. George F. Doherty & Sons Wellesley 781-235-4100

Published by Boston Globe from Apr. 12 to Apr. 14, 2021.
To plant trees in memory, please visit the Sympathy Store.
MEMORIAL EVENTS
To offer your sympathy during this difficult time, you can now have memorial trees planted in a National Forest in memory of your loved one.
Funeral services provided by:
George F. Doherty & Sons Funeral Home
MAKE A DONATION
MEMORIES & CONDOLENCES
13 Entries
So very very sorry for your loss . Lee was an amazing person and will be missed by all.
Bob and Jane Nash
May 15, 2021 The Instacart Leadeship Team
April 18, 2021
I remember growing up as a little girl and admiring my big cousin Lee, his warm smile, his kindness and fun spirit. I know his wonderful traits will live on in his sons, and in the memories and hearts of his close family and friends. I had not seen Lee for a few years, but it seems like it was just the other day we were exchanging words as grown adults about our kids, and our pride in them. He was such a loving and proud father, just as his mother was so proud of him and spoke so highly of him and his great accomplishments in his career and family. Lee made an impact on those around him that will not be forgotten, and his spirit lives on for all of us. Lee I know you leave behind your loved ones, but take with you the love, that can one day be made whole when your spirits meet again. Till then, rest in peace; God bless and keep you.
Laurie A Tuholski
Family
April 15, 2021
Lee was an inspiring leader at BJ's. Great sense of humor, gently persuasive, really listened to us when he asked for ways to improve our department. Very sad to hear this news.
Marianne Orlando
Coworker
April 15, 2021
May God bless you and your family in this time of sorrow.
The Dingeè Family
Friend
April 14, 2021
Our deepest sympathy.
Peter and Clare Swain
Friend
April 14, 2021
I can still remember meeting my cousin Lee for the first time: He was just an infant and I was awe of him, beyond thrilled to be able to hold him. He was a beautiful, playful, inquisitive child and devoted, loving son who grew to become an extraordinarily kind and talented man. Lee was a true blessing, a good soul who will be missed by many, and his loss leaves an irreparable hole in the fabric of our family.
Deb Tenore Shannon
Family
April 13, 2021
I Am Sure His Father Would Have Been So Proud Now They Will Meet Again With Our Lord
Lisa Delaney
Family
April 13, 2021
Forever in our hearts. Always in our thoughts. The Delaney Family
Meg Delaney Oliver
Family
April 13, 2021
Prayers and thoughts for family and friends
Susan Shifflett
April 13, 2021
Every time I listened to Lee speaking in Company Town Halls @BJS Wholesale, I felt he was so genuine and easily relatable.

He brought simplicity, unique down to earth body language to the CEO role which is very rare. He was very focused on the opportunities/growth of the Company at the same time he was genuinely concerned about every team member that works for BJS.

He was an inspiration to me and a great example to any aspiring leaders. May his Legacy Continue.
Sreenu
Coworker
April 13, 2021
I am so deeply saddened to learn this news. Lee was an absolute favorite during my years at Bain Boston. When I went in for my Bain interview during my 2nd year of business school, I was terrified. I dreaded to face the "case interview" but as I walked into the room, I was greeted by a huge smile and a kind interviewer who made it conversational, put me at ease and even laughed with me as we brainstormed how to make the cruise industry more appealing to people with a wide variety of budgets. I'll never forget it and knowing that Lee would be the type of partner I would work with at Bain made me accept the position as soon as I had the opportunity. My heart goes out to his family and his boys - their awesome Dad was taken way too soon.
Brooke Borgen
Coworker
April 13, 2021
Showing 1 - 13 of 13 results