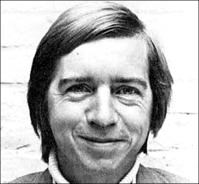 Cahill, Michael J., Jr. Of Groton, formerly of Lowell, passed away on October 5th, 2015 at the age of 73. He was the son of the late Michael J and Virginia M Cahill. He is survived by his daughters Lisa Munroe and Barbara Cahill of Nashua NH, sister Maureen Greene and family of Lowell MA, brother Daniel P Cahill and family of Lowell MA, brother Martin Cahill and family of Woburn MA, sister Virginia McManus and family of Lowell MA, and close friend and companion Carole Jackson of Ossipee NH. Michael was a lifelong drummer, music teacher and supporter of music and the marching arts, and is credited for introducing Drum and Bugle Corps style to New England High School marching bands. Early in his career Michael was the drummer for the Playboys Jazz Trio and accompanied well known musicians including Juanita Hall, The Drifters, and Duke Ellington's vocalist Al Hibbler. While earning his Master's in Music Education from UMass Lowell he directed Music at Xavarian Brothers High School and Ursuline Academy. From 1972-1981 he directed the Quincy High School Marching Band. These years are affectionately referred to as 'the Cahill years' by many of his adoring former students. The award winning band performed at Patriots games, the Cotton bowl parade, the Bermuda Music Festival, the Boston Papal visit and for presidential candidates Ronald Reagan, Ted Kennedy and President Jimmy Carter. Michael taught percussion for several Drum Corps in Massachusetts including the Boston Crusaders, Northstar, the Wilmington Crusaders and the Framingham Sharpshooters. He judged band and drum corps competitions nationwide. His book "Developing Corps Style Percussion" and numerous marching band percussion arrangements were published by Hal Leonard Publishing Corporation. Beginning in the 1990s Michael played with and/or instructed the Crusaders Senior Drum Corps, the Legends of Drum Corps and the Mass Brass mini corps. He toured Europe and performed with the Boston Pops, and for President Bill Clinton with the internationally renowned Middlesex County Volunteers Fife & Drum Corps. Michael was inducted into the Massachusetts Drum Corps and Music Educators Hall of Fame in 2008 and the Boston Crusaders Hall of Fame in 2015. Having been a Board of Directors member, staff member and contributor in many ways, he couldn't have been more passionate about the Boston Crusader's success. He was proud to see his daughter Lisa march with the Boston Crusaders and to have her continue his successful business Cahill & Daughters Insurance Agency Inc. His interests included history, crossword puzzles and rooting for the Patriots, but what meant the most to him were the close friends he had from all his years teaching, traveling and playing. A memorial service will be held on October 24th. Contact close family or friends for details. Donations in memory of Michael may be made to the Boston Crusaders Drum and Bugle Corps at Boston Crusaders PO Box 51391 Boston, MA 02205 or http://bostoncrusaders.org/support/

Published by Boston Globe from Oct. 12 to Oct. 14, 2015.
To plant trees in memory, please visit the Sympathy Store.
MEMORIAL EVENTS
Oct
24
Memorial service
MA
MAKE A DONATION
MEMORIES & CONDOLENCES
29 Entries
He was a good man I think of all the help he gave me with all my car problems I will miss him Keith and Tyler Kennedy
Keith Kennedy
February 7, 2016
So sorry to the family for your loss, I just found out recently myself! Mike was a great person, surely to be missed by all!
January 5, 2016
"...Each man's death diminishes me,
For I am involved in mankind.
Therefore, send not to know
For whom the bell tolls,
It tolls for thee."

To his kin; A visit to the Commonwealth about 5 years ago, was very fortunate to reunite us after about a 32 year lapse. I am very saddened to hear of his passing and very sorry for your loss.

He was a beautiful person. Great guy...great guy...His passion for music was contagious. Hardly a day passes when I don't hear at least one song on the radio inducing reminisce to his tutorship and wisdom, and/or the Band-room. Beautiful soul.

About five years ago Mike and I reunited after about a 32 year lapse. A few beers, a few more laughs, and maybe a I shed a tear when we parted. I do remember distinctly when we parted I said to him "Thanks for the memories Mike".

p.s. I am very saddened to hear this news.
Gerard Shea
December 19, 2015
Mikey, Can't believe it's been almost 2 months since your Memorial service. You are missed so much and thought of often! You must be rooting for our Patriots from above, as they're doing so well this year...I know you're still enjoying them! Mikey, you had such a strong, positive influence on my life, and the lives of so many.Very few people can say that. You and your family will always remain in my prayers. My trips back home to MA are just not the same without you being there for us to visit! I miss you every trip and always will! Be at peace and in no more pain, my good friend. You will never be forgotten. Few people are truly loved by as many as you are.
anne baccari
December 16, 2015
Holidays will not be the same without you Bro.....
Gin
November 21, 2015
Thank you for your kindness and musicianship. I wish my sincere sympathy to your family. You will be greatly missed by many and may you rest in peace.
Judy Piermarini
October 31, 2015
I met Mike 30 years ago. He was a great guy. Always helped me & my family. I loved talking with him about his drums and his dogs. I will miss hearing his voice. Rest in peace Mike. You will be missed.
Denise Dineen
October 25, 2015
I shared many long weekends at Cahill's watching the dogs with my father. Cahill's house was always my peaceful getaway!! Thank you for many great memories, laughs and crazy parties. You hold a very special place in my heart. Thank you for all you did for us, your trust and most importantly your friendship all these years. We will miss you!! ♡
Shannon Szymanski (Dufault)
October 22, 2015
May you allow God to become your strength, seeing you through this difficult time.
Pat Smith
October 18, 2015
Great parties! Great smile! And 1 hell of a good friend and drum player.You will be missed by more than one can count!R I P Mikey!
Richard Batten
October 17, 2015
Great memories of FDM and the party master on every MCV tour, cheers and great memorie.EARL
EJ BATTLE
October 17, 2015
A great talent.We worked together at Xaverian high school and did some coaching for our football program.He is special in many ways,his music talent was outstanding.My condolences to his family.
Armand Caraviello, former head football coach Xaverian high school
October 15, 2015
Mike a real nice guy and a friend of our Drum Corps world...always working hard to make the activity great...may you rest in peace Donna & Bobby Delorey
Robert Delorey
October 15, 2015
Our family is forever changed. I will miss you always. Keep on "drummin" Mike.
Love
Ginny
Ginny Cahill McManus
October 14, 2015
Really sorry about Mike a great guy and always around helping us kids in Drum Corps. He touched the lives of alot with his dedication to the Drum Corps activity and will be missed....Donna & Bobby
Robert Delorey
October 14, 2015
Michael Cahill,

One of the most influential people in my life. Energetic, Positive, and Life Long Friend, are three of the things I think of about "Mike". He loved people, and he loved music - what a wonderful legacy.

You will be missed, but always remembered.

Paul Austin
October 14, 2015
A true blue Crusader! Was such a pleasure knowing you. Rest in Peace
Honey Amirault BAC
Nahant, MA
Honey Amirault
October 14, 2015
Glad to have known you and playing in the Legends
October 13, 2015
This just breaks my heart. I can honestly say that I never saw Mikee upset about anything. Ever. He was always so happy and laid back and caring and witty and involved and loving. He will be missed by so many. The lives he touched are countless. I will always miss him. RIP Mikee.
Michelle Godin
October 13, 2015
Such a wonderful man and a superb instructor. Rest in peace my friend. Love and prayers to you and your family.
Cindy Smitty Scott
October 13, 2015
Mike, will miss you the Lord of the lot that you R, playing music, instruments & thank you for instructing me way back when, 70's, & being my friend, thank you for the memories we all will share, "See you next time" ....
Dawn Deacy
October 13, 2015
My best friend in this world for 50 years...Miss him dearly. Am better equipped to face anything in life due to his advice over the years.
Lee Giannangelo
October 13, 2015
Mike, I still can't believe it. Thank you for being such a wonderful mentor and inspiration. Most importantly, for being a good friend. I will miss you very much.
Scott Winship
October 13, 2015
RIP My Friend..........
David Ladas
October 13, 2015
Mike you will truly be missed God Bless You. I THANK YOU for everything you've done You were my Teacher, Mentor and most importantly My FRIEND ! Love You and I'll miss your laugh the most
Tim O'Leary
October 13, 2015
A very talented,funny,straightforward Guy whom it was a real pleasure to meet during many of his European Tours with MCV & on our vists to the USA. We offer our sincere condolences to his family & many mutual friends knowing he will be very sadly missed by everyone who knew him, RIP Mikee.
Brian Murphy
October 13, 2015
My deepest sympathy to the family and friends of Michael Cahill Jr. May he rest in Peace

Deb Rizzo
Deb Rizzo
October 13, 2015
I am so sorry for your loss. May the God of all comfort bring you peace at this difficult time.
Jones Family
October 13, 2015
Rest in peace Michael thanks for teaching me how to properly hold my marching sticks.
Ralph Marple
October 12, 2015
Showing 1 - 29 of 29 results