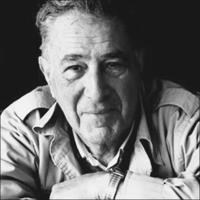 BORN
1925
DIED
2021
WEISSMAN, Norman Born April 12, 1925 in Brooklyn, New York, died at his home in Brookline, Massachusetts on May 27 after a short battle with cancer. Prior to Brookline, Norman was a thirty-five year resident of Guilford, Connecticut. Norman grew up in Brooklyn, New York and attended Dartmouth College. During the Second World War he served as an Aviator in the U.S. Navy. After the war, he worked as a writer and director in Hollywood for the television and film industry. In the second half of his career, Norman worked as a screen-writer, creating scripts for public health and educational films. He wrote and produced more than 400 television series programs. His documentary films are archived at the Yale Beinecke Library. In his later years, he authored eight books published by Hammonasset House Books. Norman is survived by his wife of 49 years, Eveline Weissman of Brookline, Massachusetts. Norman and Eveline had their first date on May 18, 1972 and they often remarked that their first date never ended. Norman is also survived by his brother Seymour Weissman of Rochester, New York; his six children: Brian Weissman of Taos, New Mexico, Joel Weissman of Aspen, Colorado, Stephanie Monsanto and her husband Joe Monsanto of Taos, New Mexico, Rebecca Weissman of Ribera, New Mexico, Adrian Weissman and his wife Ariel Dunlap of Newton, Massachusetts, Joshua Weissman and his wife Ann Weissman of Arlington, Massachusetts; his ten grandchildren: Evan MacHardy and his wife Blue MacHardy, Jordan MacHardy and his wife Sonia MacHardy, Christina Rassizi and her husband Tony Vigorito, Adrian Monsanto, Daniel Weissman, Maria Weissman Martinez and her husband Dominic Martinez, Ada Weissman, Mae Weissman, Henry Weissman and Wilson Weissman; and his four great-grandchildren: Tyler MacHardy, Chloe MacHardy, Cosmo MacHardy, and Zia Vigorito-Rassizi. Norman was predeceased by his parents Emanuel and Alice, and his brother Bernard. In lieu of flowers, please make a donation to your local public library.

Published by Boston Globe from Jun. 3 to Jun. 5, 2021.
To plant trees in memory, please visit the Sympathy Store.
MEMORIAL EVENTS
To offer your sympathy during this difficult time, you can now have memorial trees planted in a National Forest in memory of your loved one.
MAKE A DONATION
MEMORIES & CONDOLENCES
1 Entry
My thoughts and prayers to Norm's family and friends. He wrote the Forward to my book, "Matter of Conscience," which now, even more, be one of my most valued treasures.
Bruce Neckels
July 29, 2021
Showing 1 - 1 of 1 results