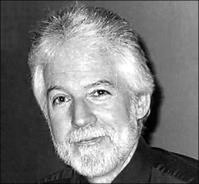 FUNERAL HOME
Tighe-Hamilton Funeral Home
50 Central Street
Hudson, MA
RYAN, Paul C. 66, March 7th, of Hudson. Loving husband of Linda J. (Smith) Ryan. Devoted father of Jason M. Ryan of Wrentham and Heather E. Lindner and her husband Scott of New York. Also survived by his two sisters, Jane Rafferty and her husband Jim of Georgia, Mary Butler of New Hampshire; his brother, Chris Healy and his wife Barbara of Quincy; his two grandchildren; his father and mother-in-law, Ralph and Phyllis Smith of Ayer and many nieces, nephews, cousins and friends. Born in Somerville, son of the late Anthony and Mary (Guidi) Ryan; raised in Somerville and Medford and was a 1967 graduate of St. Mary of the Annunciation H.S. He later received a Bachelor's Degree of Fine Art's and Graphic Design from Massachusetts College of Art. Paul was a longtime self-employed cartoonist and comic book story writer. He was a member of the Massachusetts National Guard; member of GOAL (Gun Owners Action League) and the NRA (National Rifle Association). A Funeral Mass will be celebrated on Friday, March 11th at 10:00 a.m. in Saint Isidore Church, 429 Great Road, Stow, MA. Burial will follow in Forestvale Cemetery, Hudson. Family and friends may attend calling hours on Thursday, March 10th from 4:00 to 8:00 p.m. at the Tighe-¬Hamilton Funeral Home, Inc., 50 Central Street, (Rt. 62, Exit 26 off Rt. 495) HUDSON, MA 01749 (www.tighehamilton.com). In lieu of flowers, the family requests donations in memory of Paul may be made to either: Merrimack River Feline Rescue Society, 63 Elm Street, Salisbury, MA 01952 or Cummings Veterinary Fund at Cummings School of Veterinary Medicine at Tufts University, Office of Development, Administration Building, 200 Westboro Road, North Grafton, MA 01536. Please make checks payable to Trustees of Tufts.

Published by Boston Globe from Mar. 8 to Mar. 9, 2016.
To plant trees in memory, please visit the Sympathy Store.
MEMORIAL EVENTS
Mar
10
Calling hours
4:00p.m. - 8:00p.m.
Tighe-Hamilton Funeral Home
50 Central Street, Hudson, MA
Mar
11
Funeral Mass
10:00a.m.
Saint Isidore Church
429 Great Road, Stow, MA
Mar
11
Burial
Forestvale Cemetery
Hudson, MA
Funeral services provided by:
Tighe-Hamilton Funeral Home
MAKE A DONATION
MEMORIES & CONDOLENCES
23 Entries
I am in complete shock and so saddened by the news of paul's passing, abeit back in march. We worked out together at the gym and I, as well was a graphic designer, so we shared a lot of great conversations. My condolences go out to his entire family & friends. he was a terrific guy!!
Debi Webb
September 23, 2016
Kara
August 15, 2016

I just heard the terrible news of Paul's passing. I am stunned and deeply saddened. I had met Paul on numerous occasions at Boston conventions dating back to when he was the artist on Fantastic Four. I was a great admirer of his work for decades and often attended conventions mainly because of his presence at them. You and I met at a few of these, and I bent both your and Paul's ears singing his praises. I particularly enjoyed his work on The Phantom because I felt his own inking was better than anyone else's on his pencil art. That lengthy run is the best the strip has ever looked, in my opinion. I own a couple of Phantom strips and several other pages of Paul's original art. Paul was always very friendly and a pleasure to speak with. Once, when I'd mentioned some medical challenges in my family, he very generously gifted me with an autographed Phantom poster which now adorns my studio. I had hoped to see Paul again and am greatly grieved that I will not.

My sincerest condolences on your loss and the loss of a tremendously gifted man who quietly gave so immeasurably to the world. 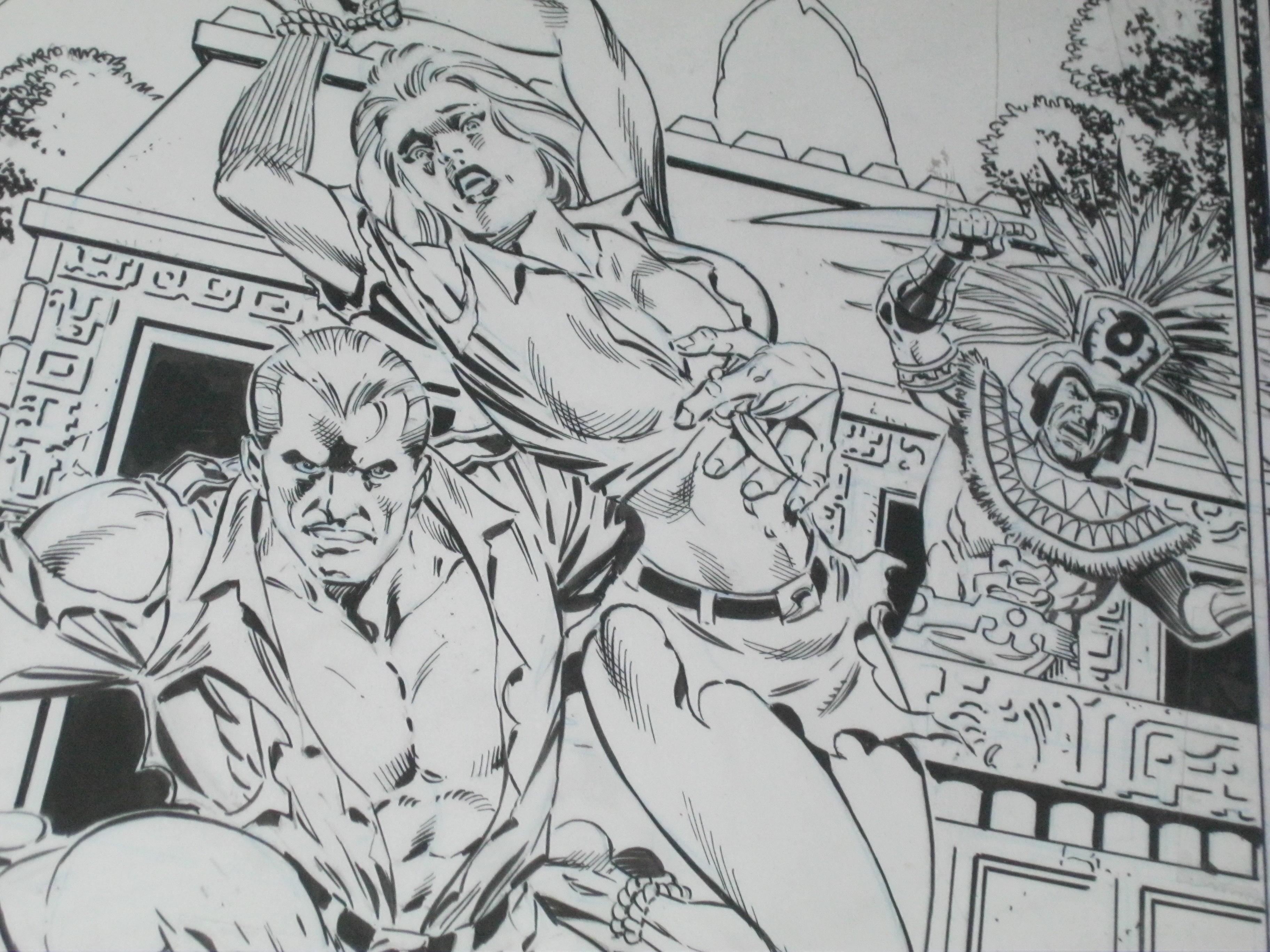 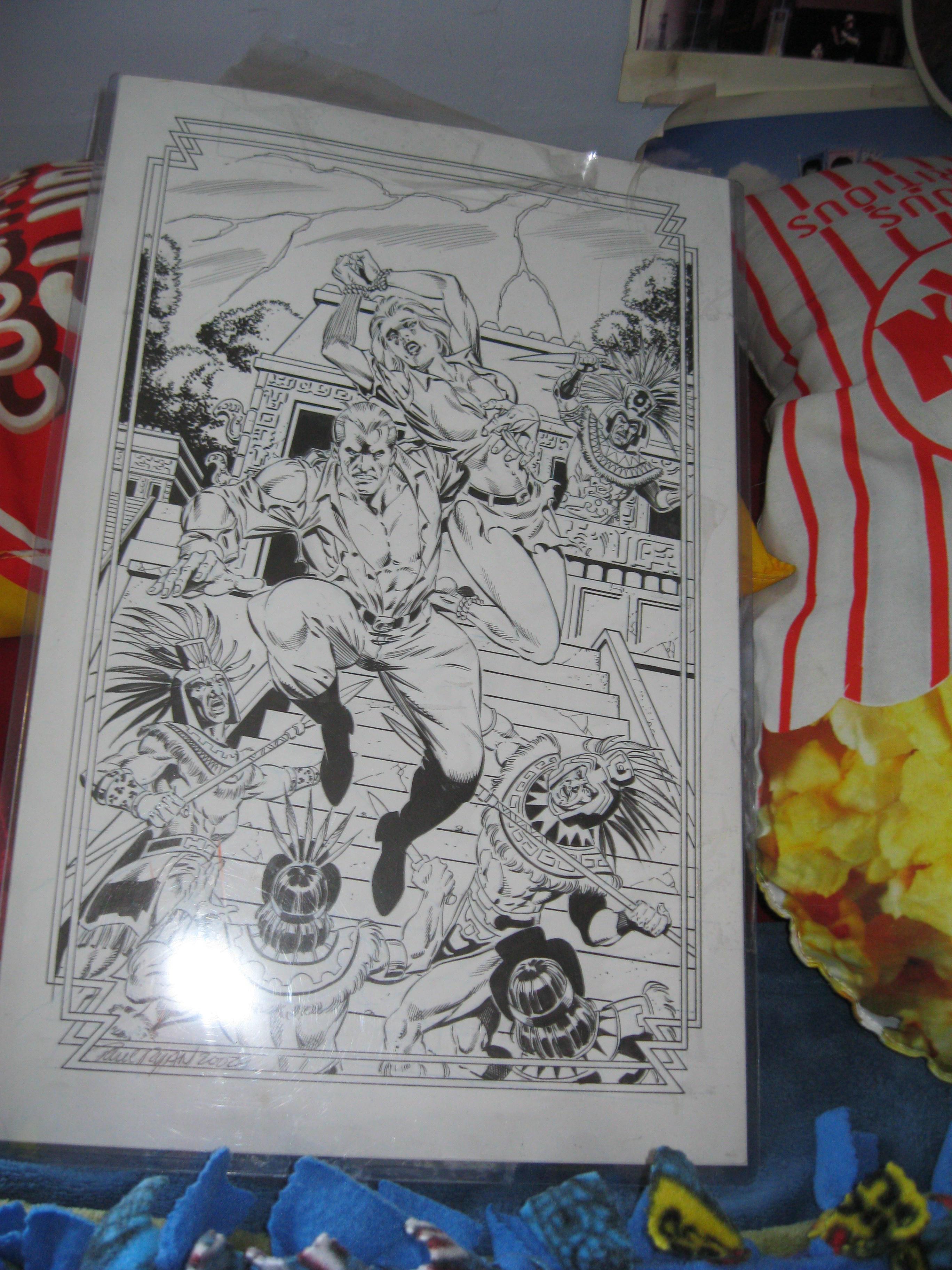 tom smith
March 16, 2016
Linda
So sorry to hear about the death of your husband. My sincerest condolences
Theresa Zimmerley
Theresa Zimmerley
March 14, 2016
I was crushed when I heard. I grew up loving Paul's work. He was and still is one of my favorite creators. I finally got to meet Paul a few years ago at a Boston Con and we corresponded over email since. I was fortunate to interview him for an industry publication last year and from those exchanges and talking about our shared passion for westerns and cowboy action shooting I thoroughly loved that brief time I got to know one of my heroes. This man was the template for being a good, decent, honorable man. It was a privilege. My sincerest sympathy to his family.
Jason Versaggi
March 11, 2016
I am a dentist and have several original comic strips in my office with dental gags to help relieve the tension of my apprehensive patients. I had contacted Paul several years ago about a PHANTOM comic strip where the Phantom had hit the villain so hard that a tooth was knocked out. Paul called me upon receipt of my letter and we spoke for a great length of time about Spiderman, the Phantom and Dental issues in the comic strips and he sent that Phantom to me. He was surprised to find that I am a Dentist who practices in Pa, but went to Tufts Dental School in Boston and was familiar with his neck of the woods. I was greatly saddened to hear of his loss. My sympathies to the family.
DR TOM GREEN
March 11, 2016
Jane and I send our heartfelt condolences to Linda and all of Paul's family. Paul was a great guy and he will be missed.
Roger & Jane Price
March 11, 2016
I am not a comic book junkie but I was fortunate enough to have played pictionary with this incredible artist. It was so much fun. Our drawings were so lame yet speed is the key. We beat Paul that day and just to see his expression on, "How is that a little girl?" or "That boat would sink faster than a rock?". His quick drawing of islands, palm trees and people put us in awe. He had a dry sense of humor, humble attitude and such a compassionate heart which made his so adorable.

Just remember that God does not look at us for how talented we are, he looks for how well we put our talents to use. I think from Paul's body of work, he did quite well.

To Linda, family and friends, our warmest condolences.
Bill Fratangelo
March 11, 2016
To Linda and to the rest of Paul's Family, my deepest sympathy. Paul was a great artist and a master at his craft and I know he loved what he was doing. I will always remember meeting with Paul and talking about comics, art and writing.

Rest in Peace Paul.
Andy Lee
March 10, 2016
paul you and linda were so nice to me and my husband rufus you attended so many family functions it was my pleasure to know you and linda rest in peace my friend
March 10, 2016
A super hero in his own right, like so many he penned over the years. I will remember Paul as a true gentleman, kind, generous, talented and humble. I am happy to have known him.
Admirer & Friend
March 10, 2016
Dear Linda, my heart aches for you. Such a tragic loss. Paul was always so warm and welcoming to me. He had a great sense of humor and a warm "purr-sonality". It was obvious to me how much he loved and cherished you. It isn't easy to earn the trust of a feral cat, but Paul easily won them over through his calm demeanor and his caring and sensitive soul. He will be missed terribly. Please know that all your friends from SCFAW and MRFRS are here for you. Sending you love and hugs my friend.
Adrienne Linnell
March 10, 2016
I worked with Paul inking his work and found him to be an absolute gentleman and a great artist. I truly have fond memories of the experience since we both like Iron Man very much.

My heartfelt condolences to the family and I consider it a blessing to have known him. You are all in my prayers.
Bob Wiacek
March 9, 2016
Paul was a gentleman in the truest sense of the word, an artistic giant, a master of his craft.

I feel so blessed to have known him, to have learned from him and to continue to learn from him.

We send our deepest sympathy to sweet Linda, the warmest, more wonderful woman, and to his lovely family.

Paul will always be in our hearts!
March 9, 2016
Paul was a gentleman in the truest sense of the word, an artistic giant and a master of his craft.

I feel so blessed to have known him, to be inspired by him, to have learned and continue to learn from him.

We are sending all our love to sweet Linda, the warmest, most wonderful woman, and to his lovely family.

Paul will always be in our hearts!
Veronica Fish
March 9, 2016
Dear Linda,
Today I learned of your loss. If only I had the words to ease your pain. Please know, I will be thinking of you during this very difficult time.
With Sympathy,
~ Susan (Asnes) Ierardo
Susan (Asnes) Ierardo
March 9, 2016
My condolences to the entire Ryan family and friends of Paul. He seemed so outgoing and loved. He was truly a talented individual who will be greatly missed by those closest to him and also by those who never had the honor of meeting him. I understand everyone's loss is different but know what you're going through and hope all the wonderful memories you have will help keep your spirits up. My thoughts are with you all during this difficult time.
Katie Godbout
March 9, 2016
I HAD THE PLEASURE OF MEETING PAUL WHEN MY SON & HIS FAMILY WERE PAUL"S NEIGHBOURS IN HUDSON! HE WAS A VERY NICE MAN, AND A WONDERFUL NEIGHBOUR ,MY THOUGHTS AND PRAYERS GO OUT TO HIS FAMILY. REST IN PEACE.
March 9, 2016
I had met Paul a couple of times at the local comic conventions here in Massachusetts. I had always loved the work that he did as a comic book artist and was so pleased to learn that he was such a gentleman and always willing to teach his craft to aspiring artists such as myself. I am deeply saddened to hear of his passing and wish to give my deepest sympathy to his friends and family. May he forever rest in peace.
Scott Daggett
March 9, 2016
To Linda and to Paul's family, please accept my deep sympathy. I enjoyed Paul's excellent artwork every morning on the Phantom, so I often thought of him and we sometimes exchanged notes about the strip. I was fortunate to work with him on many events for fans. He was generous with his time and kind to people. Seldom do talent and modesty coexist as well as they did in Paul. His humor was always at the ready. Among many nice memories, my favorite is of spending time with Paul at a Rex Trailer event, where Paul and I connected while comparing childhood memories. God bless you all.
Ken Carson
March 9, 2016
I will miss seeing you at shows and chatting.
Kimberly Shaw
March 9, 2016
Showing 1 - 23 of 23 results