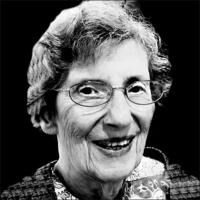 BORN
1929
DIED
2018
ABOUT
Brighton High School
FUNERAL HOME
Lehman, Reen, McNamara Funeral Home
63 Chestnut Hill Avenue
Brighton, MA
KATZ, Pauline R. (Feinberg) Committed to Social Justice Of Brookline, 89, passed away peacefully March 26, 2018 at Providence House in Brighton. She was born in Jamaica Plain on February 13, 1929. She maintained her grace, spirit and thoughtfulness through her final days. Loving mother of Emily Katz of Key West, FL, Evan Katz and his wife Elizabeth Smith of Swampscott, MA; beloved grandmother of Samuel, Nathaniel, Jack and Hasi, and three great-grandchildren, Annabelle, Benjamin, and Vivian. She was predeceased by her twin brother Paul Feinberg. Pauline graduated from Brighton High School and worked as Alumni Office Coordinator for Lahey Clinic for 23 years. An active Democrat, she had a passionate belief that government could be a positive force to improve people's lives. Starting with her involvement in a Brookline selectman's campaign in 1952, and continuing for seven decades, Pauline's support for a vibrant political process never wavered. Before the internet, she was an avid letter-writer and relentless telephone "lobbyist", trying to persuade office holders and opinion makers from Washington to Town Hall of the merits of her perspective. Urban legend says an exasperated political opponent once uttered in desperation, "Get that Ponnie Katz off the phone!" She was elected to Brookline Town Meeting in 1954 and completed her last term in 2011. Undoubtedly, she would have served for 57 consecutive years had she not moved to Newton during the 1970s where she was just as politically and socially dedicated. Pauline was a 1950s member of the League of Women Voters and an early supporter of State Rep. and Governor Michael Dukakis. She advocated for many quality-of-life causes, including equity in education for the Brookline schools, civil rights, health care, housing, and transportation. She co-founded Coolidge Corner South of Brookline Neighborhood Association and received the 2003 Brookline Neighborhood Alliance Leadership Award. In 2011 when she was honored by The Brookline Greenspace Alliance with the Green Volunteerism Award, she was recognized for her "tireless activism on behalf of Brookline and your willingness to ask difficult questions." Her passion and commitment to social justice and effective, participatory government made her a natural mentor for political newcomers and an invaluable resource to her peers. A celebration of life will be held on Sat., June 2, at 2pm at Center Communities of Brookline, 100 Centre Street, Brookline. Donations in her memory can be made to the Brookline Community Foundation, 40 Webster Place, 02445. Lehman Reen McNamara Brighton 617 782 1000

I miss Ponnie dearly as I know many other recipients of her love, friendship and attention do.

Pamela
Pamela Julian
May 4, 2019
Poni, as you know, was one of a kind. A grand gal!She and Joel welcomed me to the Brookline Town Democratic social circle and we became fast friends. I know Hackey would haved join me in expressing our sympathy.
Much love to all,
Mary Kassler
mary kassler
May 21, 2018
Mary K Kassler
May 21, 2018 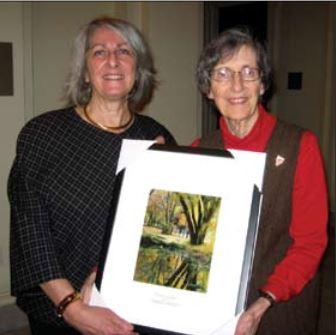