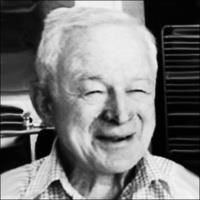 BORN
1933
DIED
2020
ABOUT
Deerfield Academy
FUNERAL HOME
Dee Funeral Home & Cremation Service
27-33 Bedford Street
Concord, MA
LOIZEAUX, Peter T. Of Concord, MA and Southwest Harbor, ME, died on December 23, 2020. He was born on January 31, 1933 in Plainfield, NJ. He is the son of J. Harold Loizeaux and Marion Pratt Foster Loizeaux. He graduated high school at Deerfield Academy in 1950 and from Williams College in 1954. Following a year of employment in New York City, he entered the US Navy at the Newport, Rhode Island Officer Training School. Following graduation, he served active duty on the staff of Commander in Chief (CINCPACFLEET) at Pearl Harbor, where he was discharged from active duty in 1959. He then joined a family business, Loizeaux Builders Supply Co., in Elizabeth, NJ, founded by his grandfather and father in 1925. He was employed and served in various positions, including President from 1960 to 2005 when he sold the family business. He moved from his NJ residence in Scotch Plains to Boston in 2009 and has lived in Concord, MA since 2018. Peter was a wonderful son, husband, father, grandfather, brother, uncle and friend. Peter's gentle and ever-present humor endeared him to all. He had the gift to make people feel at ease and appreciated. He loved nature, hiking, fishing, skiing, tennis, swimming, art, music and singing, and he had a sweet tooth. Peter and Elisabeth, his wife of 60 years, loved to travel, especially on their own, cherishing serendipitous encounters with other peoples and their cultures. After Peter's retirement, they had 10 happy years in Boston, taking advantage of being in walking distance of theaters, BSO, the Charles River and the Public Gardens, and his sister Sonia's apartment. Their house on Mt. Desert Island, ME, which they built in 1985, became the place to gather with family and friends, some local, but many from different parts of the US and abroad. Peter is survived by his wife Elisabeth, his two sons Thomas of Pawling, NY and Nicholas of Albany, CA and their wives, four grandsons, his three sisters Margaret Engel of Bedford, MA, Sonia Loizeaux of Boston and Christine Loizeaux of Santa Barbara, CA, his sister-in-law, two nephews, and his niece. A family Remembrance Service is being planned in Southwest Harbor, ME next summer. A contribution in his memory to the charity or cause chosen by any donor is gratefully acknowledged. For his online guestbook, please visit www.DeeFuneralHome.com Dee Funeral Home of Concord 978-369-2030 Caring for families since 1868

Published by Boston Globe from Dec. 31, 2020 to Jan. 3, 2021.
To plant trees in memory, please visit the Sympathy Store.
MEMORIAL EVENTS
To offer your sympathy during this difficult time, you can now have memorial trees planted in a National Forest in memory of your loved one.
Funeral services provided by:
Dee Funeral Home & Cremation Service
MAKE A DONATION
MEMORIES & CONDOLENCES
0 Entries
Be the first to post a memory or condolences.