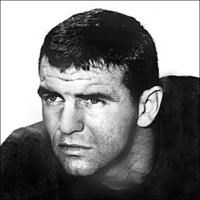 BORN
1937
DIED
2019
MANNING, Peter J. Age 81, passed away peacefully at his home on January 5th. Peter was born in Hudson, MA to Helen Schofield and James Manning. He was the youngest of eight children: Alice, Joan, Martha, Claire, James, Jane and Sarah. Peter was a Hall of Fame three sport athlete at Hudson High School. He then went on to play football at Wake Forest University and received his Bachelor's of Science degree in Biology in 1960. After college, he was one of the first players drafted by the AFL Boston Patriots, but instead decided to continue his professional football career in the NFL with George Halas and the Chicago Bears. He was one of their oldest living alumni. After being traded to the Canadian Football League, Pete was named All-Star in the CFL for three straight seasons. Peter then served as part of the coaching staff for Florida State University and The University of Texas El Paso. He loved the game of football and was both a coach, mentor and positive influence to many different people throughout his life. Pete often said and indeed lived by the words: "Love God, Do What You Want". Peter is survived by his wife Susan of 50 years and his five children, Paul, Nancy, Laura, Alicia and Michael. Visiting Hours: Funeral service will be private. Memorial donations may be made in his memory to: Boston University Research: CTE Center, 72 East Concord Street, Boston, MA 02118.

Published by Boston Globe from Jan. 6 to Jan. 7, 2019.
To plant trees in memory, please visit the Sympathy Store.
MEMORIAL EVENTS
To offer your sympathy during this difficult time, you can now have memorial trees planted in a National Forest in memory of your loved one.
MAKE A DONATION
MEMORIES & CONDOLENCES
13 Entries
Peter's name came up in a conversation with my brother tonight. We were reminiscing about when our Dad took us to watch the Calgary Stampeders.(1964) I googled Pete's name and found out about his passing. We met him a couple times and got his autograph when I was 8 and 9 years old. I think he worked for an oil company between the seasons. He was very pleasant and I always bragged to my friends that I knew your Dad. Sorry to hear of Your loss. God Bless!
Dave Gelinas
February 4, 2019
Our condolences and prayers go out to all the Mannings from the Costellos during this time of mourning. Uncle Pete was a great man who will always be remembered.
Thomas Costello
Family
January 18, 2019
Dear Susie,
You are both warriors, in your own way.
Kindly,
Bernie & Sheila
Browning Lane
January 15, 2019
Susie and Family. We send our deepest condolences to all of you. We were so happy to hear that Peter made it to Susie and Peter's 50th Wedding Anniversary, and that all the kids and grandkids were able to be with Susie and Peter that day. Susie, You are the woman we all aspire to be with love and caring. From Marje Sullivan and family. (Worcester JCC)
Marje Sullivan
January 13, 2019
Dear Susie,
My condolences to you and your family. The care you gave him is inspiring. Pete will be greatly missed here at Salisbury Green. May he rest in peace.

Meg
January 11, 2019
May God bless the Manning family, Susie and her children.

Our thoughts and prayers are with you.

Bernard FitzGerald, Jr.
Sharon Steel-FitzGerald
Sea Girt, New Jersey 06548
Bernard FitzGerald, Jr.
January 11, 2019
My sincere condolences to the Manning Family. I am so grateful to have known Pete. An inspiration to the younger athletes of Hudson, he would always find the time to coach and mentor us at Riverside Park. He will be forever in my memory as a great athlete, friend and man.
Mike Keblin
January 8, 2019
PETE WAS ONE OF THE BEST. I MET HIM WHEN WORKING AT ROCKPORT SHOE COMPANY AND WE BECAME GREAT FRIENDS. I COULD SIT AND LISTEN TO HIS STORIES FOR HOURS, AND HE ALWAYS HAD ONE! HE KNEW SO MANY PEOPLE AND SPORTS STARS. HE EVEN GOT MY SON A SIGNED POSTER FROM ONE OF BOBBY ORR'S FAMOUS HOCKEY PLAYS!
SUZIE AND FAMILY, BE PROUD TO SAY HIS WAS YOUR HUSBAND AND DAD BECAUSE HE WAS ONE THE BEST AND WILL BE GREATLY MISSED. I HAVE NOT SEEN HIM IN YEARS BUT ALWAYS THOUGHT OF HIM.
REST IN PEACE PETE.....
LIZ PLONSKI
January 8, 2019
My sincere condolences to the Manning family for your loss. I have great memories of meeting your Mom and Dad.
Gary Murad
January 7, 2019
Susie...my heart goes out to you and your family.
Keep those wonderful memories of him in your heart, and he will always be with you.

Jane Turley-Reynard
Salisbury Green
January 7, 2019
Susie,
From the moment I moved to Salisbury green about 15 year's ago. I just knew that something was special about you and peter. I was always there for you. I continue to miss him everyday. He was my best friend and I will miss him a lot.
Macaulay Dow
Neighbor
January 7, 2019
Susie,
We are sad to read of coach's passing. We hope that the memories of your time with him stay fresh in your mind.
David and Ann Marie Rushford
January 7, 2019
My best friend i ever had. I loved you so much.