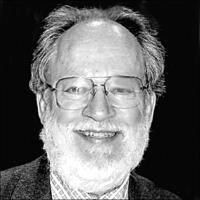 BORN
1946
DIED
October 15, 2017
FUNERAL HOME
George L Doherty Funeral Service, Inc - Somerville
855 Broadway (Powder House Square)
Somerville, MA 02144
HERGERT, Ralph M. Jr. Of Somerville, greatly loved by a wide circle of family, friends, and community, died on October 15, 2017, after living with Alzheimer's disease for over ten years. From 1987-2005, Ralph was pastor of the Grace Baptist Church in Somerville. From 1990-2001, he also served as the director of human services for the city of Somerville under Mayor Mike Capuano. In that position he started the city's Human Rights Commission, led the Count on Me campaign, and was an active member of the interfaith group that initiated the city's Martin Luther King Jr celebrations. After he was diagnosed with Alzheimer's, Ralph spoke about the disease in a feature for WBUR, which was nationally aired on NPR, in a video for the Alzheimer's Association, and on numerous panels. At each stage of the disease, Ralph took on the challenges he could, singing in the 2009 Christmas Revels and in the Old Cambridge Baptist Church choir, fundraising for President Obama when he could no longer work as a city official, greeting church visitors when he could no longer preach. A graduate of the University of Chicago, Ralph attended Harvard Divinity School and Andover Newton Theological School. Ralph was born in 1946, the son of Ralph M. Hergert and Earline Hergert. He is survived by his wife of 50 years, Leslie, and daughter Jesse, both of Somerville; his mother Earline, brother Dennis and sister-in-law Judy of San Diego; his church community of Old Cambridge Baptist Church; and many friends and neighbors in Somerville and beyond. A memorial service will be held at Old Cambridge Baptist Church, 1151 Massachusetts Avenue, Cambridge on Nov. 4 at 10:00 a.m. Please consider making a donation in Ralph's name to the Old Cambridge Baptist Church or the Alzheimer's Association. For more information please visit dohertyfuneralservice.com.

To plant trees in memory, please visit our Sympathy Store.
Published by Boston Globe from Oct. 19 to Oct. 22, 2017.
MEMORIAL EVENTS
Nov
4
Memorial service
10:00a.m.
Old Cambridge Baptist Church
1151 Massachusetts Avenue, Cambridge , Massachusetts
Funeral services provided by:
George L Doherty Funeral Service, Inc - Somerville
MAKE A DONATION
Please consider a donation as requested by the family.
MEMORIES & CONDOLENCES
11 Entries
I am truly very sorry for your loss.EPHESIANS 3:14&15.
Frances
April 19, 2018
My condolences for your loss. May God soften your grief during this difficult time. Please be comforted in knowing how precious your loved one is in God's eyes. Psalms 116:15
November 2, 2017
Sending my condolences to your family. May prayer be a great comfort to you during this time 1 Thessalonians 5:17
October 30, 2017
May the God of all comfort, comfort you and your family at this time. Take Care
October 28, 2017
Please accept my sincerest condolences, I worked with ralph under the Capuano Administration and he will always be remembered as a good guy.
Joe Voutour
October 26, 2017
Oh my goodness, I am saddened to hear of Ralph's death. He will be greatly missed. He was such a warm, wonderful person. Thinking of you Leslie. Love you, Cousin Michele
Michele Rosenblum
October 25, 2017
Sending love, sympathy, and prayers for the family. Wish I could hug you all.
Corliss Moore
October 24, 2017
I met Ralph in the '90s, when he was with the city of Somerville & I was at Cambridge & Somerville legal services. He was a creative and humanitarian force for the city & beyond. Bless you Ralph.
Jack Boesen
October 23, 2017
Ralph did so much good and touched so many lives.
Kate Cloud
October 23, 2017
Although no words can take the pain away, I hope the words recorded at Jeremiah 29:11,12 brings comforts your heart.
L. R.
October 23, 2017
Sending Love & The Deepest Of Sympathies
To Jesse, Leslie & The Entire Hergert Family.
Eileen Silvestrone (Taylor)
October 22, 2017